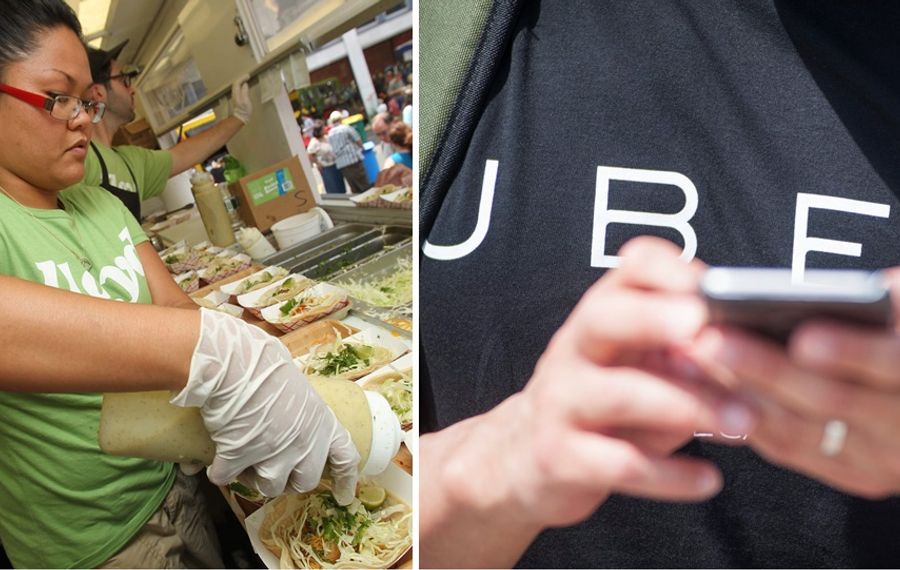 Lloyd Taco and Uber will collaborate on a taco giveaway on Thursday in Buffalo, a project intended to promote the ride-hailing service that does not have a hub in Buffalo.

Between 10 a.m. and 2 p.m. March 2, anyone in Buffalo with the Uber app will be able to request Lloyd's service for enough food to serve 20 people. Demand is expected to be high, so not everyone will be paired with a catering van or one of the four trucks - there's a certain amount of luck involved.

For any requester who's paired with a truck, that person and up to 19 others will be able to order, on site, a maximum of $15 of food apiece. For those paired with a catering van, the matched party will receive 10 chicken burritos, five pork burritos, five black bean burritos, 10 corn and bean salads and 10 southwest potato salads - all for free.

“We hope that one day soon we’ll be able to use Uber to get around Buffalo, but until then we’re pumped to have their technology bring our tacos and burritos to locals,” said Pete Cimino, president of Lloyd Taco Trucks, in a release. “Tomorrow, we’re working with Uber to bring our truck to you - instead of the other way around.”

You can read the full details of Lloyd and Uber's one-day partnership here.

While there's been a strong civilian push for services like Uber, a modern taxi-alternative which operates out of 300 cities worldwide, and Lyft, Buffalo taxi companies have fought back against Uber due to harassment issues within the company and a lack of proper background checks of its drivers, The News' Bob McCarthy reported.

Buffalo is the largest city in the nation - and the only one with an NFL and NHL franchise - not to boast a ride-sharing service, David Robinson wrote late in 2016, and Uber has powerful advocates in local developer Howard Zemsky and Sabres and Bills owners Terry and Kim Pegula.