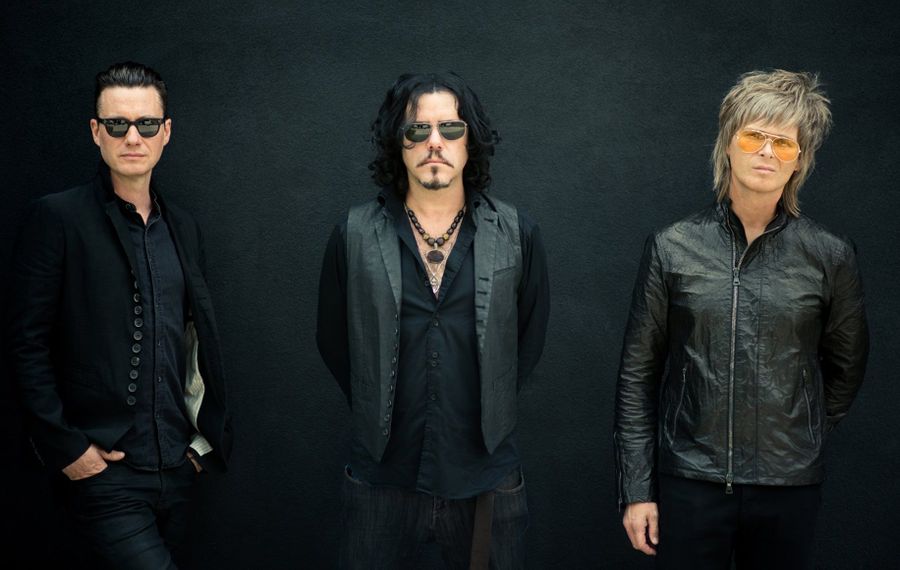 For those of a certain age and classic rock-steered predilection, introduction to Windsor, Ont.’s Tea Party via opening single “The River” off 1993’s “Splendor Solis” was a memorable revelation.

The guitar and bass sounded like Black Sabbath. The drums sounded like Led Zeppelin. And the voice of lead guitarist/vocalist Jeff Martin? A haunting reincarnation of Jim Morrison. Together, it made a lasting impression. That's one reason the trio can scatter a handful of full-length recordings and reunions over its more than 20-year existence and still generate enough interest to book two sold-out shows at the Town Ballroom (681 Main St.) at 8 p.m. Feb. 23 and 24.

Fusing a hypnotic blend of blues with Indian and Middle Eastern influences—all while injecting its required Canadian quota of roaring guitars—the band followed its debut success by nosing into select northern corners of the '90s alt-rock scene with the ambitious “The Edge of Twilight,” the electronica-infused “Transmission” and the bluesy “Triptych.”

But after disbanding more than a decade ago, the trio of Martin, bassist Stuart Chatwood and drummer Jeff Burrows thankfully reunited to eventually record 2014’s “The Ocean at the End.”

Now, the Tea Party is back to tour for the 20th anniversary of “Transmission,” playing the album from front to back, and ready to renew its impression on music fans of all ages.

Doors are at 7 p.m. Those in need of tickets should scour the secondhand ticket market.