Inside the Market Arcade, a frosted-glass skylight stretches over three levels of shops and offices, creating one of Buffalo's most unusual and decorative spaces.

[PHOTO GALLERY: A Closer Look at the Market Arcade]

If the Market Arcade and its architectural elements that reach back to the 16th century looks like a building you'd find on the other side of the Atlantic Ocean, it's no accident. Original owner G.B. Marshall wanted Buffalo architects E.B. Green and W.S. Wicks to model the 1892 beaux arts and neo-classical building after an arcade in London.

"It's very European and it's a show stopper," said Jessie Fisher, executive director of Preservation Buffalo Niagara, who works on the second floor. 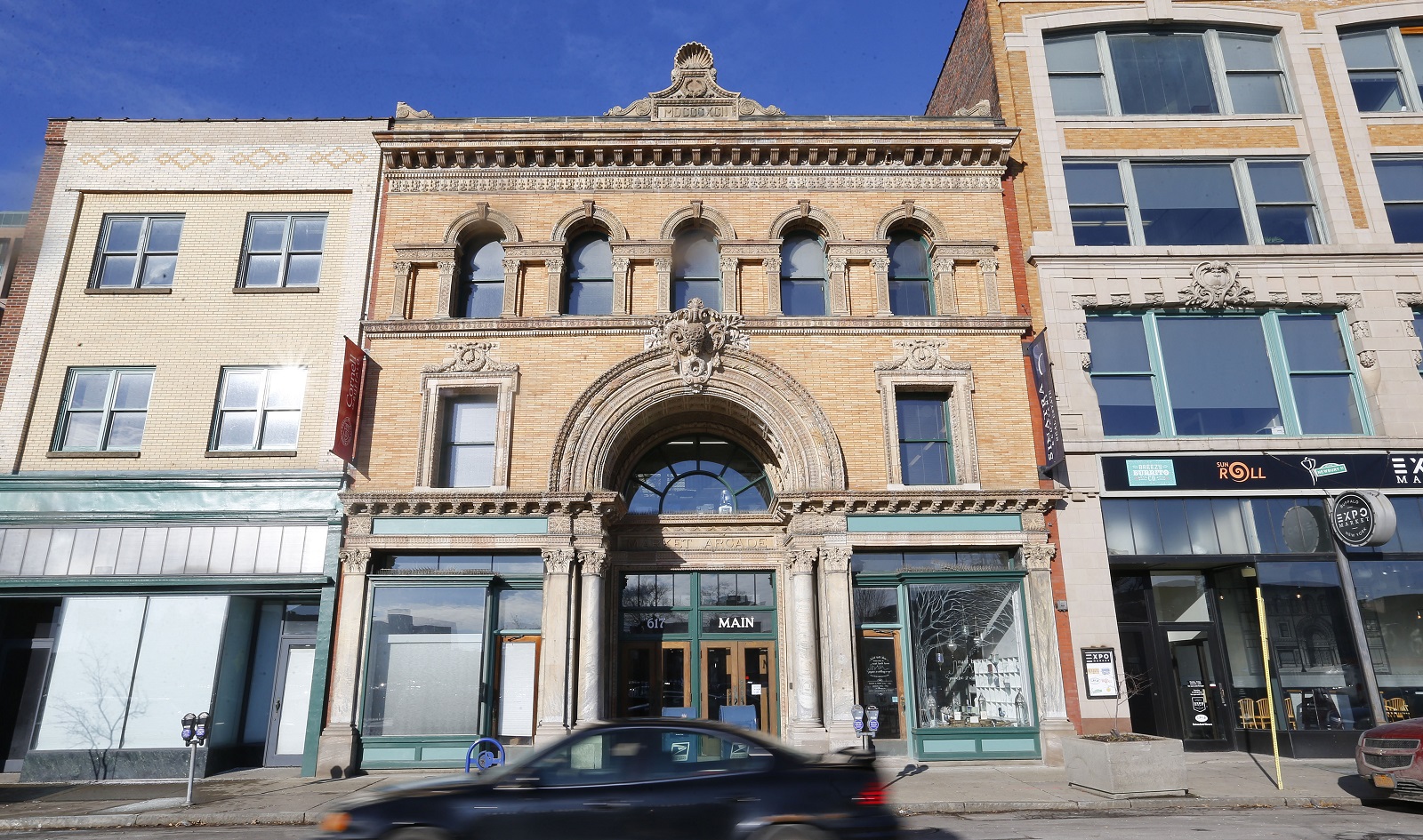 The Market Arcade, formerly known as "The Palace Arcade" was built in 1892 by E.B. Green & W.S. Wicks. It was modeled after London's Burlington Arcade. (Mark Mulville/Buffalo News)

The building -- originally called the Palace Arcade -- is considered the best surviving example of an early retail establishment in Buffalo, and an ancestor to the modern mall. It was also a walk through to the Washington Market that was nearby at the time.

The Market Arcade's narrow atrium has mostly small spaces, and it's not uncommon to see owners sitting at a table, or gatherings held by other tenants. That contributes to the building's human scale Kowsky said recalls a bygone era. 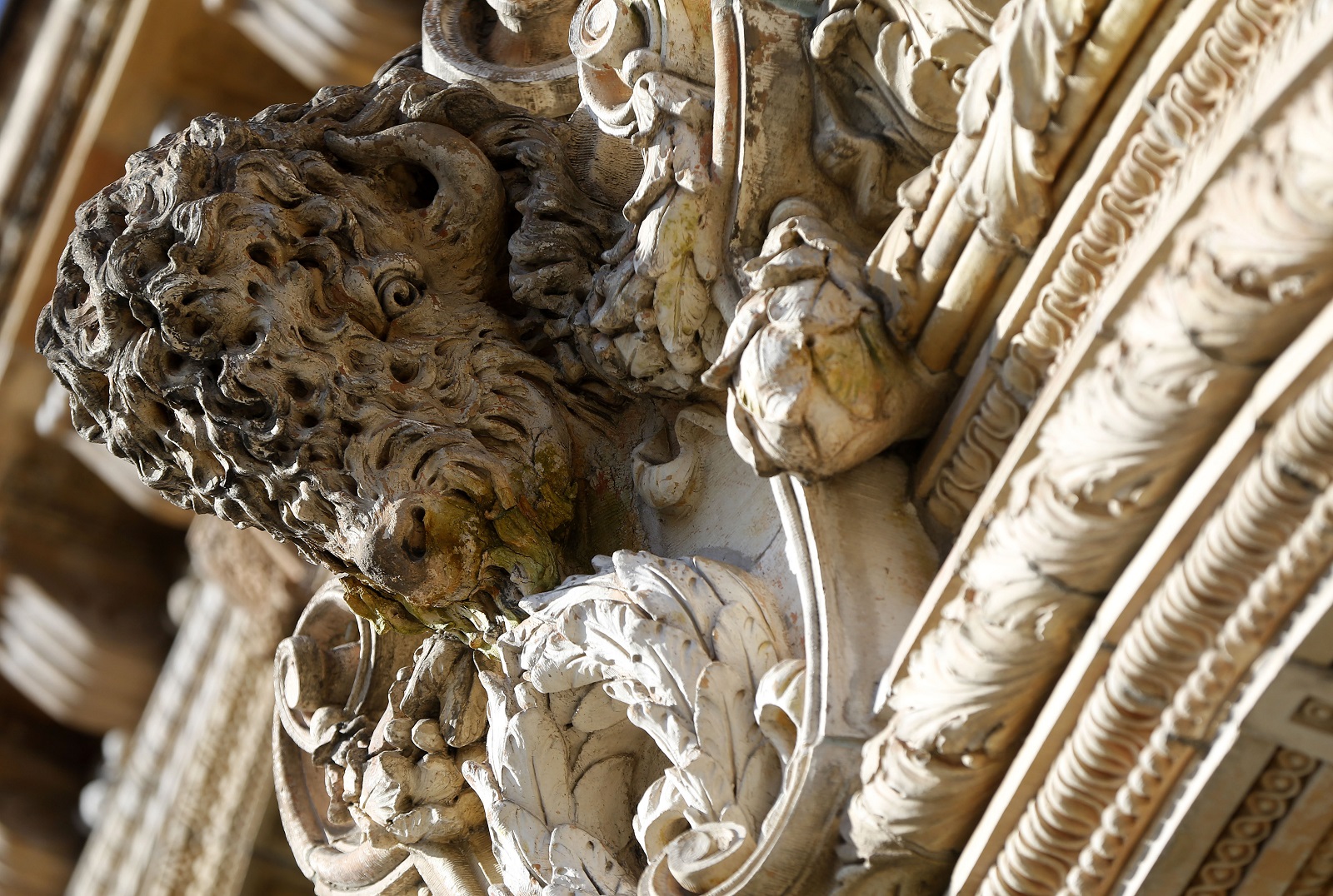 "It's like walking back to an earlier age of commerce, with small shops, and where small shopkeepers stepped out and talked to people," Kowsky said.

Couples often use the arcade to be photographed by the decorative railings and stairways for wedding and engagement photos.

Clinton Brown, an architect who has an office on the third floor, is enamored of the light that shines through the skylight. He's also struck by the glass prisms in the floors that transmit natural light from one level to the next. The circular discs allow light to even penetrate the basement.

"The building is subtle," Brown said. "There is a hierarchy of scale that goes from small to large, like the small glass prisms to the giant glass covering. It doesn't leap out at you like Shea's." 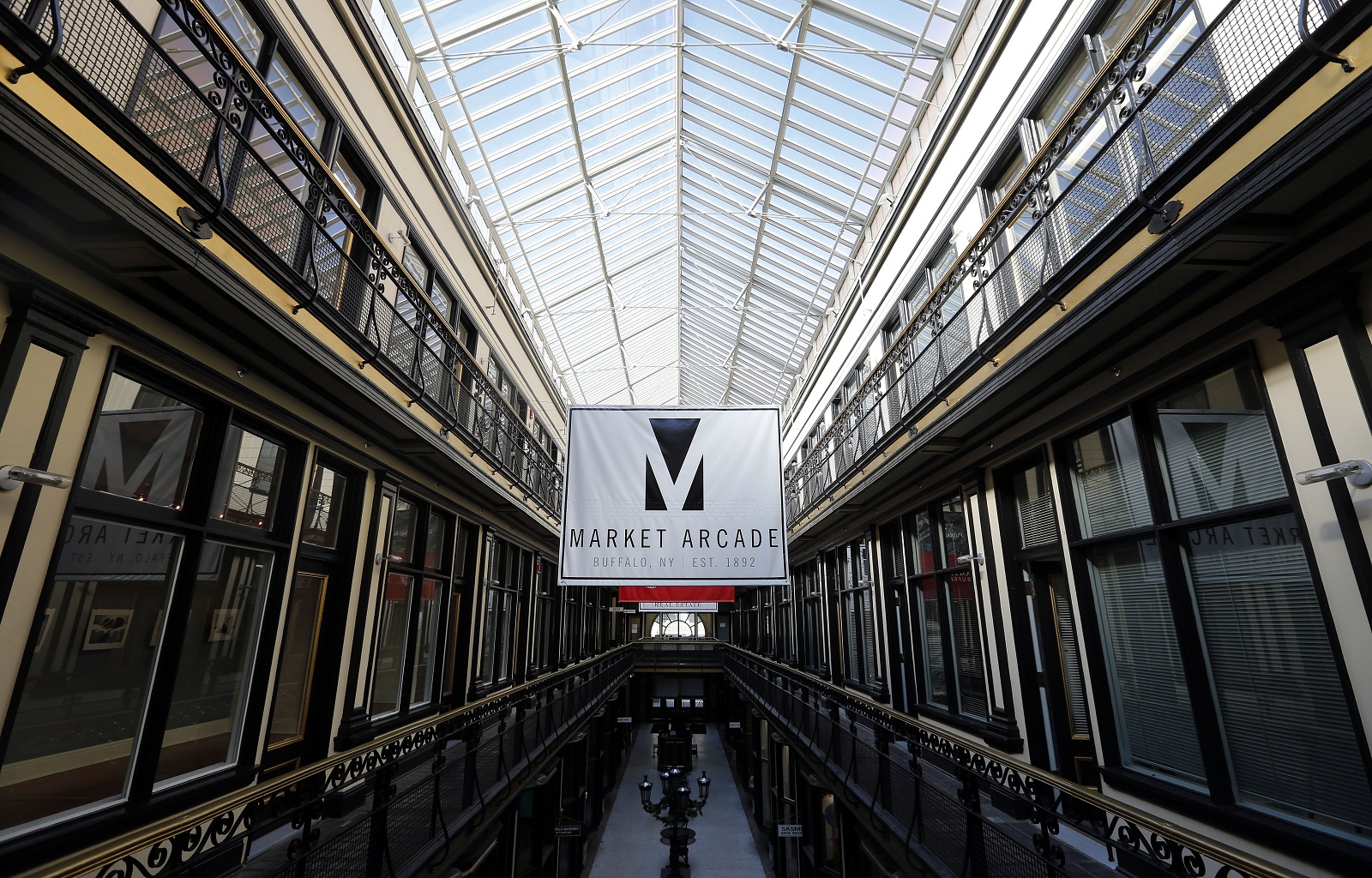 Natural light streams down from the ceiling of the Market Arcade. (Mark Mulville/Buffalo News)

"It is amazing how bright the space is even on the grayest Buffalo days," she said. "With all of the natural light, you have a sense of being protected from the cold weather but still being connected to the outdoors. It's a cool indoor public space that in a city  like Buffalo you can't beat."

In pre-electricity days, Brown said the building's natural light made it possible for professionals and merchants alike to capitalize on the daylight as long as possible.

Non-frosted electric lights in the building also add to the current atmosphere.

"That adds a sparkle at night," Brown said. 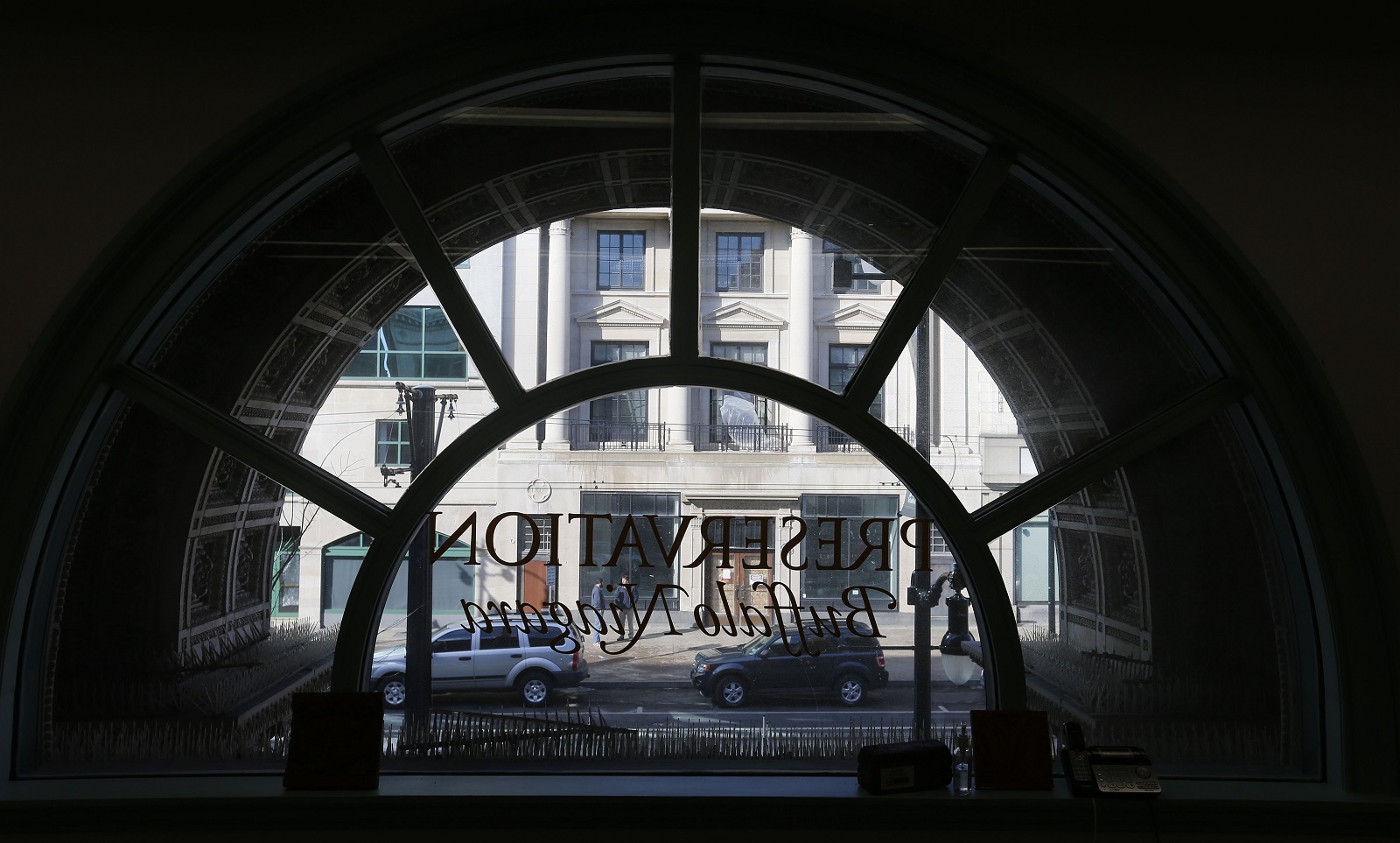 Looking out the arched window of the Main Street facade of the Market Arcade building. (Mark Mulville/Buffalo News)

Brown also likes what happens inside when the rain falls against the covered skylight.

"It's magnificent to be here in a rain or thunderstorm, because the sound of the water makes you think you're on a ship," he said.

The Market Arcade recalls London's 1819 Burlington Arcade, which the Buffalo arcade was influenced by, and the Gallery Umberto in Naples.

The first arcade in the United States was built in Providence in 1828. There are other arcades still standing, including Arcade Cleveland, which was built in 1890. The five-story arcade has a glass skylight that spans some 300 feet, and houses a Hyatt Regency, restaurants, bars and shops. 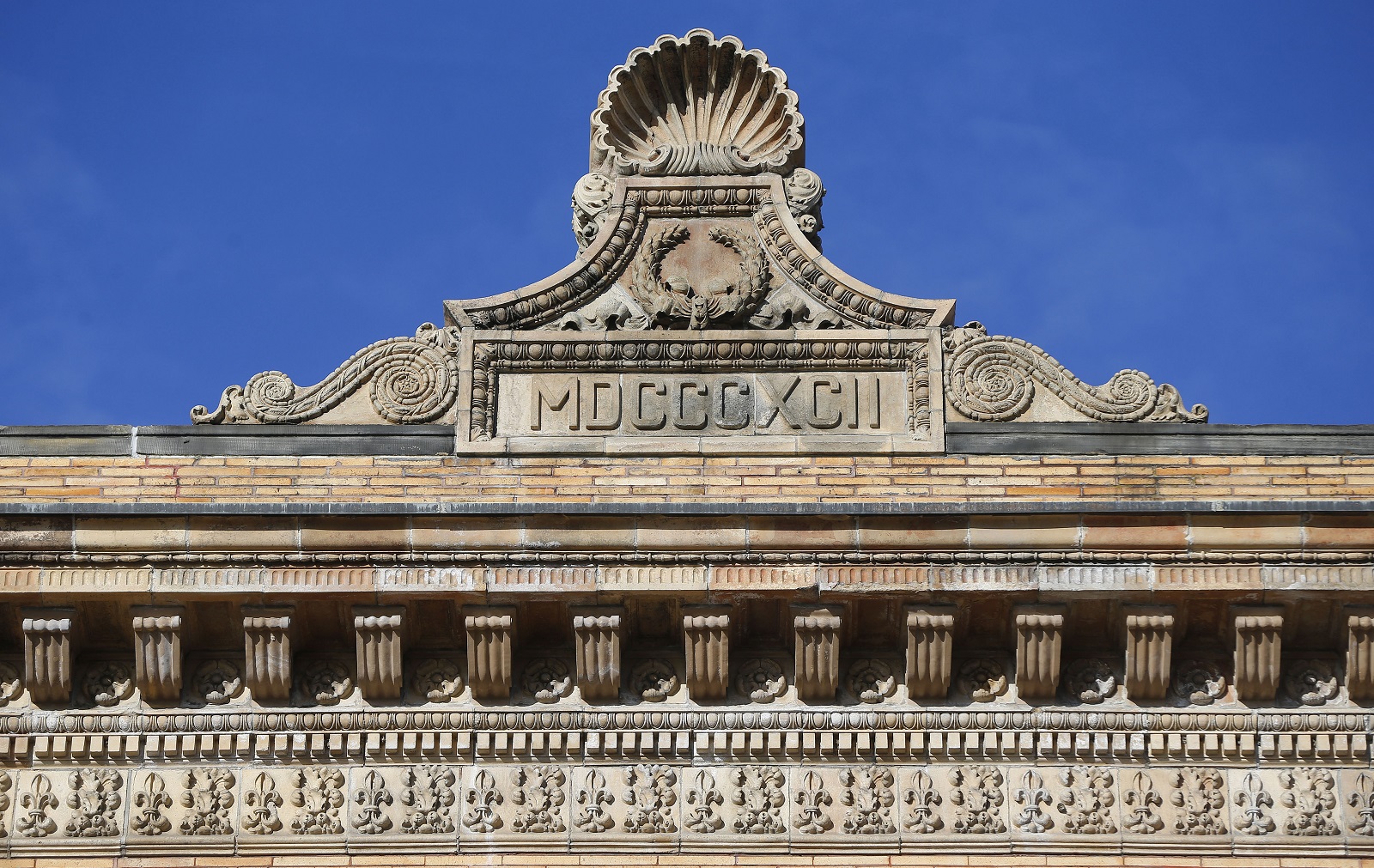 In Buffalo, Ellicott Square and Rich's Renaissance Atrium at Rich Products, while not traditional arcades, have a skylight and atrium.

The Market Arcade has survived dark times. Harold Cohen was dean of University at Buffalo's School of Architecture and Environmental Design when he was asked by Mayor Jimmy Griffin in the late-1970s to develop a redevelopment plan for what would be named the Theatre District.

Cohen remembers the Market Arcade at that time was closed and in dire condition.

"When we looked at what was there, the arcade was flooded in the basement, the beams were rotted and the roof had a big hole in it," Cohen said. 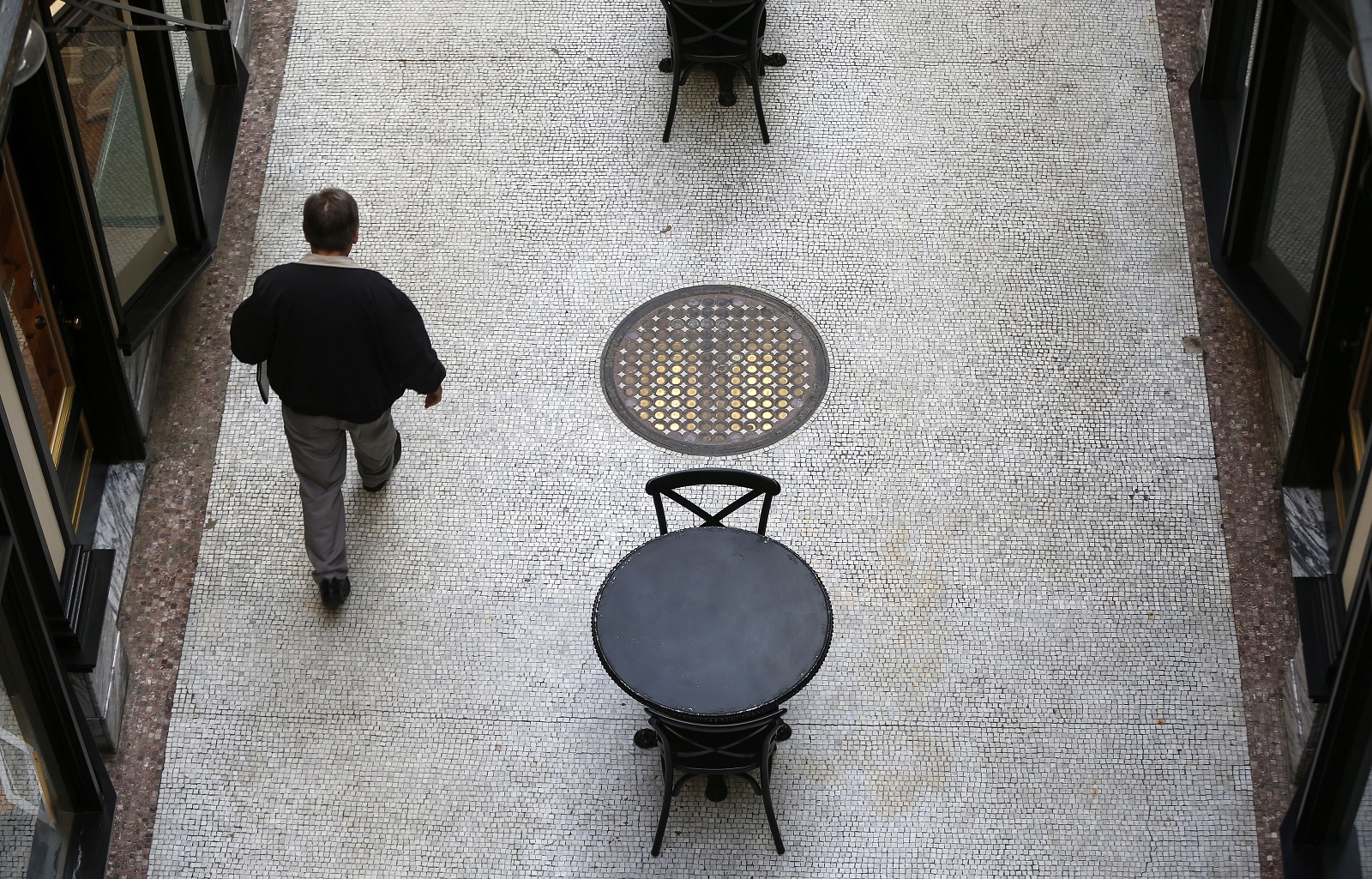 Under Cohen's direction, UB students and others were hired to work on the building and help restore its condition. The group also supported other nearby efforts, including the successful effort to spare Shea's Performing Arts Center from the wrecking ball, Cohen said.

The city stepped in to buy the Market Arcade in 1985, and spent $10 million on renovation in the 1990s. The building was reopened in 1995 with restored marble, stone, brick and terra cotta.

Brendan Mehaffy, who leads the city's Office of Strategic Planning, said while that period preceded him, he could see the city's extensive commitment in the transfer documents at the time of the Market Arcade's sale.

"There were many resources brought to bear to save that building," Mehaffy said. 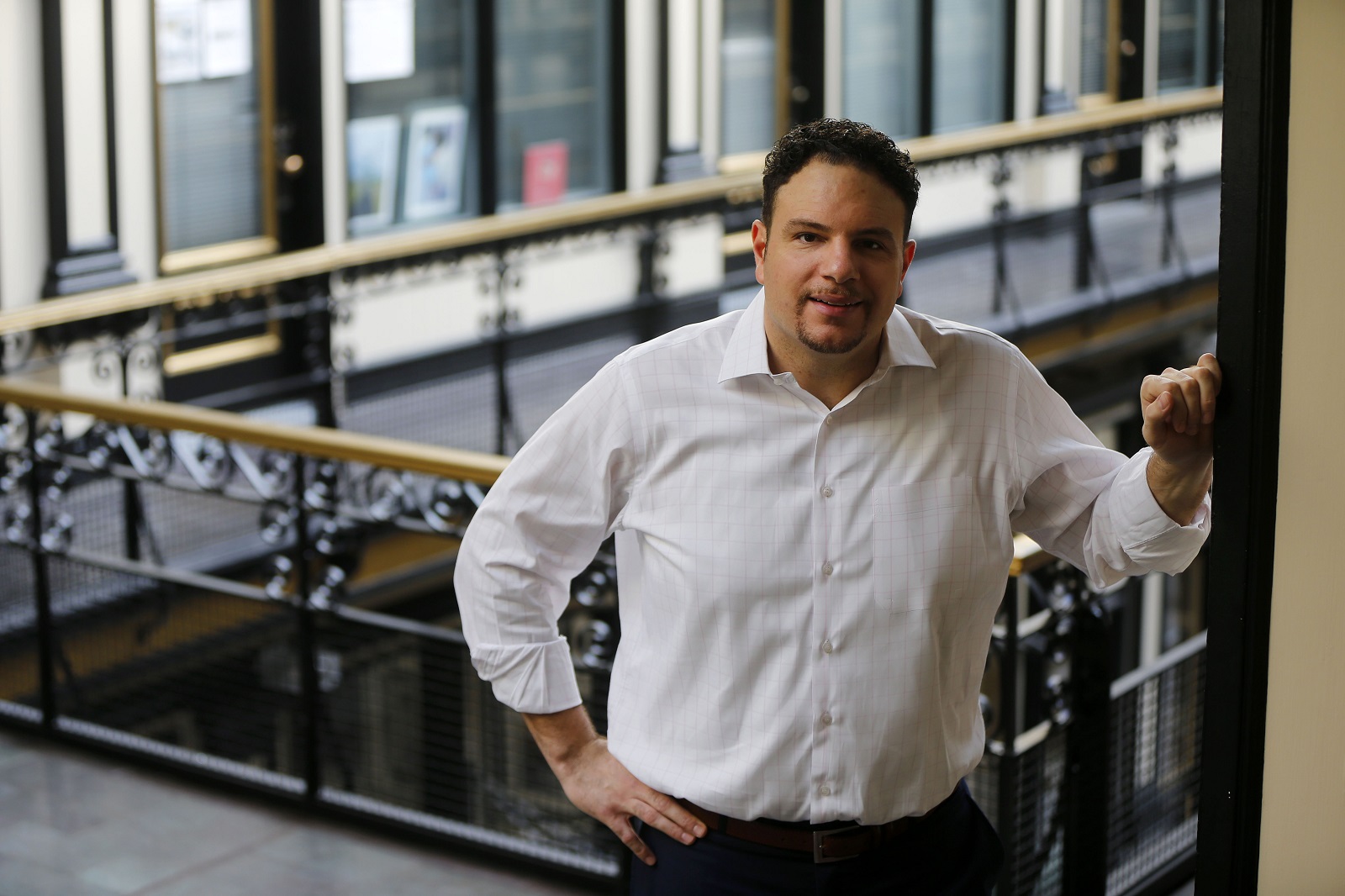 Today, all of the shops and offices in the Market Arcade are leased for the first time in decades. The building recently reached 100 percent occupancy, a figure double what developer Nick Sinatra inherited when he bought the building from the Buffalo Urban Renewal Agency for $1.4 million in 2013.

Sinatra made interior and exterior improvements to the building, and painted the building in what were believed to be its original colors -- gold, black, tan and gray.

Sinatra's EXPO Market, part of a three-building complex, has a walkway into the Market Arcade that helps draw people into the building with five food vendors and a bar. The return of cars to Main Street has helped, too.

Lawrence Brose, executive director of CEPA Gallery, which is housed in the Market Arcade, said people are attracted by the building's ornamentation, light and even a sense of serenity.

"It's almost cathedral-like," he said. "There's a sense of quietness even with the amount of activity that's occurring." 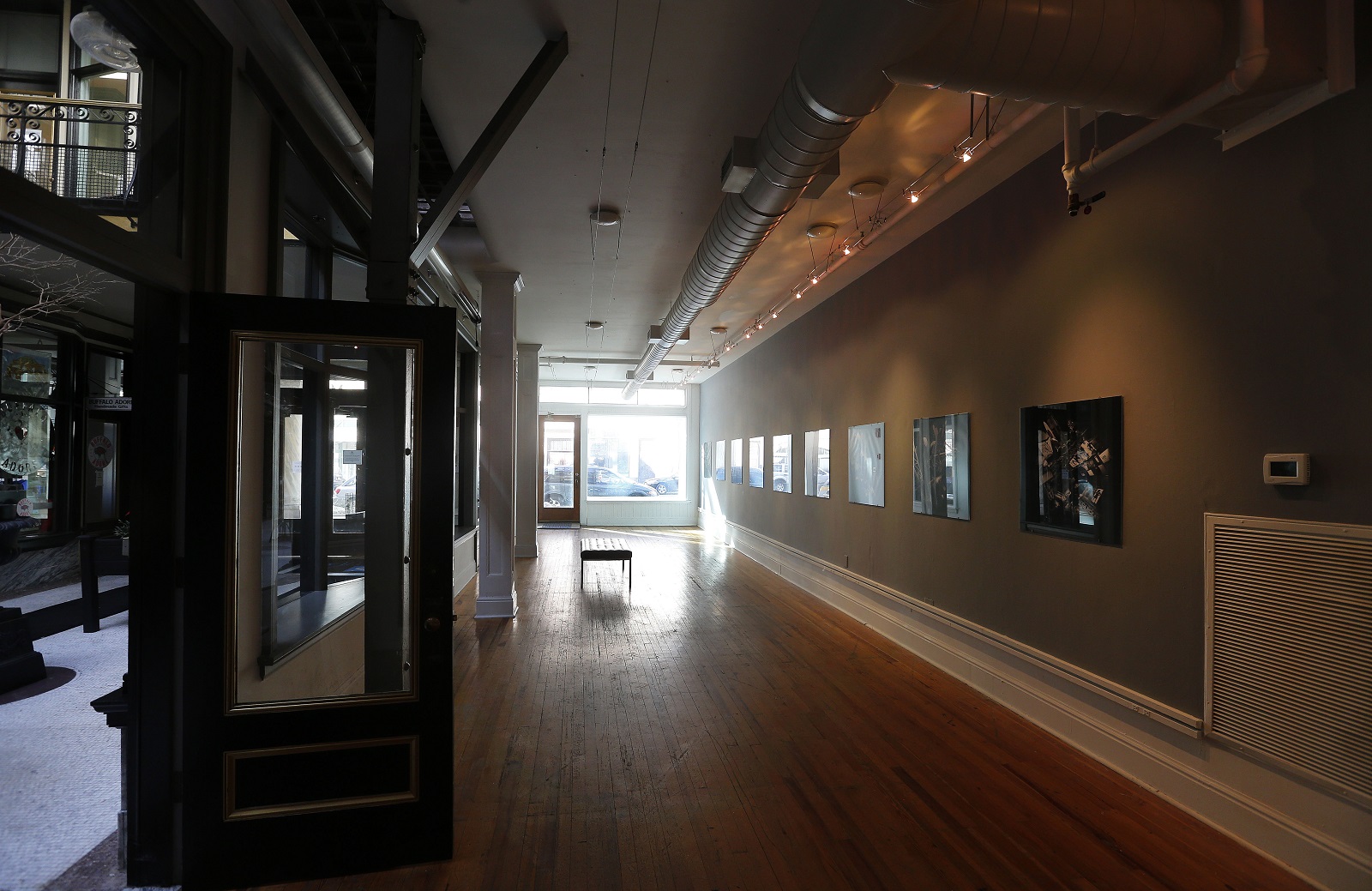