Good old Maple Road. With 20,000 cars crisscrossing one of Amherst's busiest roads each day, its beat-up, worn down and cracked-up surface was ideally suited for a winter paving experiment.

Erie County crews lay down eight paving test strips in December 2015 to see which combination of materials would best tolerate the ground-heaving freeze-thaw cycle that defines our winters.

The $150,000 experiment is now complete, although the weather conditions were not ideal for reaching a conclusion. A harsher winter would have brought a string of long-lasting bitterly cold days followed by sudden warm-ups that cause roads to buckle. Instead, the Amherst road experiment played out during a mild winter last season, and another mild winter so far this season.

"It would be nice if we had these test strips four or five years, then the results would be more obvious," said John Loffredo, who recently retired as the county's public works commissioner.

"The road unfortunately, is deteriorating faster than we can wait," Loffredo said. "If we wait much longer, the public will be very upset."

Charles Sickler walked along the stretch of road he had visited 14 months ago, when the concrete and asphalt trucks were still building the 6- to 8-foot test strips. The last step in the experiment involved placing a thin layer of blacktop over the eight paving options, so picking the most successful option proved a bit difficult. A successful test strip is one that doesn't break the road surface at all.

"This is showing some distress," said Sickler, the county's director of engineering for the Public Works Highways Division.

He pointed to one paving option that scraped up a few inches of the old concrete roadway and refilled the section with 3 inches of new concrete. 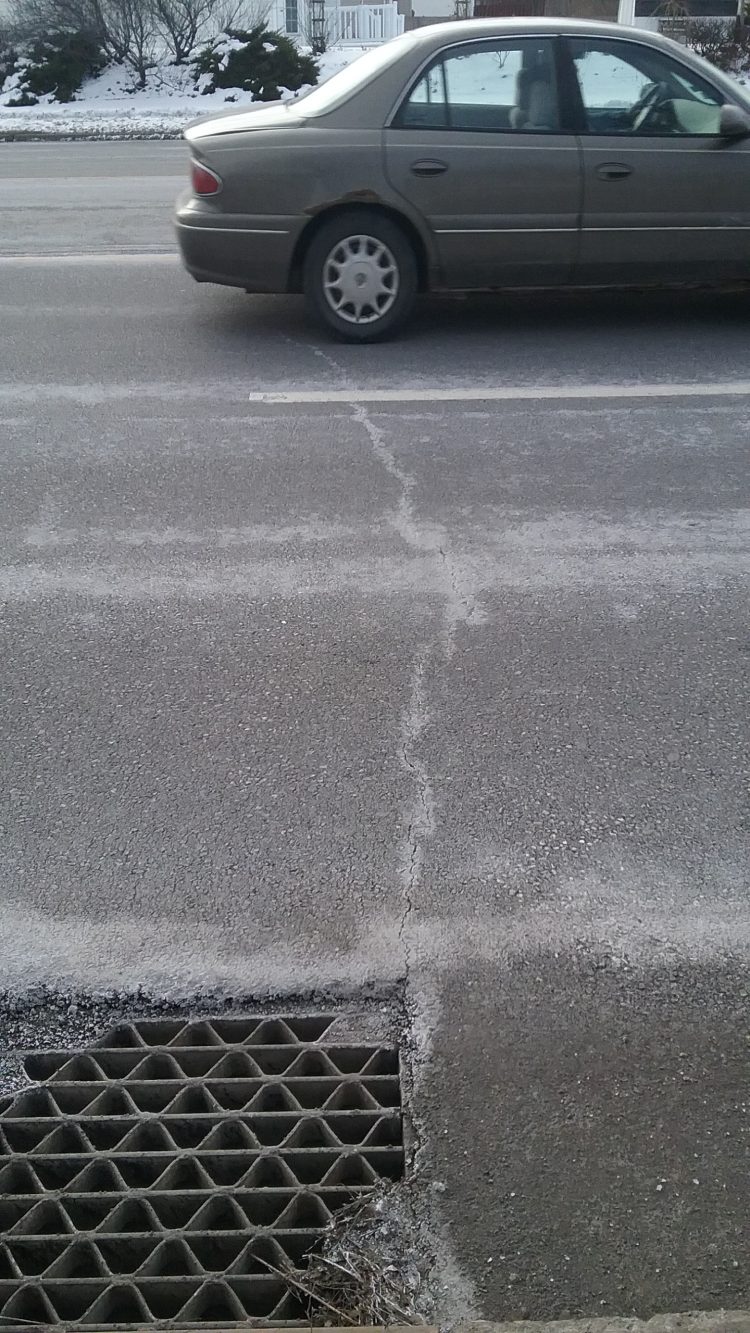 What was once a smooth, newly laid concrete surface covered with a little asphalt now showed a fine, telltale crack running in a straight line across a lane of traffic. It's highlighted by a dried pool of white road salt.

At another test strip, crews ripped out all 9 inches of concrete roadway and replaced it with 9 inches of coarse asphalt. It now shows a similar surface crack.

That left just two other main options to consider. Though the county created eight test strips in all, the second set of four is virtually identical to the first set, with the exception of some fiberglass threads added to the topmost layer for added strength.

For the second two options, it comes down to a matter of cost.

Erie County can't afford to rebuild Maple Road. That would cost $3 million to $4 million a mile. Part of the reason for that is the way it was originally built.

Maple Road started out as a state-owned roadway in 1972, built with nine inches of concrete over a stone base. Concrete lasts four times longer than asphalt, settles evenly over rough surfaces and is generally more sturdy and impervious to damage. But concrete is also expensive to repair. It interacts badly with road salt, and it doesn’t stretch and contract as flexibly as asphalt. Builders must install expansion joints every 60 feet or so to keep the road from breaking in unwanted places.

Asphalt, meanwhile, is cheap and easier to work with. It doesn’t last as long as concrete, but repairs are fairly simple. When the state turned Maple Road over to the county, and county administrators were faced with making decisions about how to fix the deteriorated concrete road, they decided to pave over the concrete road with a new asphalt surface.

That leads to annual visits to Maple Road by patch and crack filler crews, a weak and inconvenient remedy. It's no long-term fix.

The county's goal is to repave longer stretches of Maple Road and create a more permanent and durable roadway without breaking the bank. Instead of completely digging up the old concrete road, the county would focus on strengthening or replacing the concrete expansion joints – the most vulnerable sections of the road where cracks most frequently occur.

That's why the county conducted the experiment. Crews covered eight expansion joints with eight different combinations of repaving material to see which would hold up best and be most cost effective. 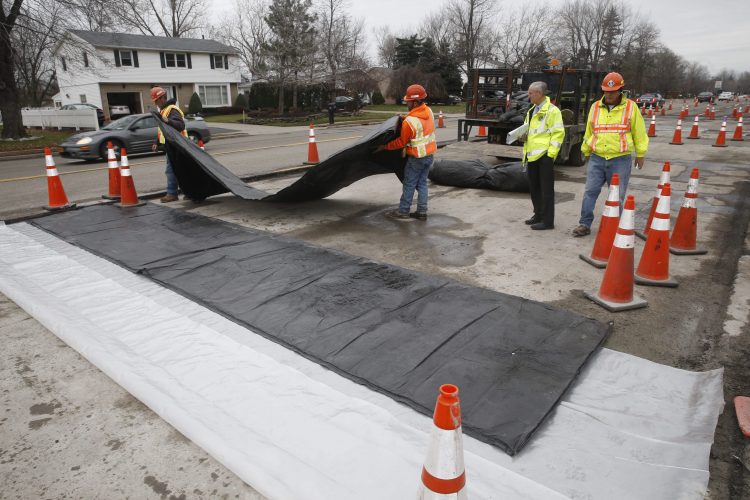 After last winter, county engineers took their first look at the road and saw two test options already failing. That left two other options that, as of last week, showed no signs of road surface damage.

Option No. 2: Crews dug up the entire concrete roadway at the expansion joint and replaced it with new concrete, held in place by steel bars. The cost estimate for each joint repair is $6,115.

Option No. 4: Crews scraped off the top 3 inches of the concrete at the expansion joint and replaced it with 3 inches of coarse asphalt, which settled over the pre-existing 6-inch concrete base. Cost estimate for each joint repair: $1,580.

"We didn't know ahead of time what option would work," Sickler said. "We know a little more now. But is it a perfect scientific test? No."

Even so, Sickler noted that Maple Road has still undergone at least 40 to 50 freeze-thaw cycles since the experiment began. While not a perfect test, it's a decent one, he said.

It is good enough to give the county the information it needs to bid out a Maple Road repaving project to fix the most damaged section between North Forest to Hopkins roads. Aside from repairing all of the expansion joints along this one-mile stretch, the paving project will also cover over the entire stretch with a 1 1/2-inch layer of fine asphalt reinforced with fiberglass threads.

Though the Maple Road experiment showed no difference between the four test strips that added fiberglass threads to the top layer of asphalt and the four that didn't, Loffredo said that given the short duration of the experiment, he opted to play it safe.

The county expects the repaving project to cost well over half a million dollars, maybe even close to $1 million, Loffredo said. But that is still a lot less than the $3 million to $4 million full road reconstruction cost. The project is scheduled to begin by this summer.

While the county preferred running the experiment over a longer period, Loffredo said he is not sorry that repaving work will start this summer. Asking residents to wait any longer, he said, is like a patient hearing from a doctor, "I can give you a cure but you have to wait five years."

Meanwhile, transportation officials in Michigan are curious about the county's experiment since reading The Buffalo News story about it in December 2015. An adviser for Michigan's Department of Transportation called Sickler and asked him to relay the county's eventual findings.

"That reminds me," Sickler said. "I should let him know where we're going and what we're doing."