She said it will always be home to her.

"Going to a historically black college is going to a place where you are celebrated, not just tolerated," Quinney said.

Quinney will join members of Delta Sigma Theta Sorority's Buffalo Alumnae Chapter from 6 p.m. to midnight Saturday at its Crimson and Creme Gala, an annual event at the Adam's Mark Hotel, 120 Church St.

The scholarship dinner will raise money for the sorority's service programs, including the 25th anniversary celebration of the Dr. Mattie L. Rhodes College Preparatory Program and Historically Black College Tour, a four-day tour of colleges and universities.

"In the early years, we took two busloads to D.C., Baltimore and Virginia," said Dr. Mattie L. Rhodes. "It has been a labor of love."

The Black College Tour is a six-week program that begins with workshops on how to apply to college, secure financial aid and prepare for campus life, Rhodes said. On the final weekend, the students go on a four-day bus tour from Buffalo to the Washington area, where many historically black colleges are located.

The tours are timed to coincide with the homecoming celebration for one of the colleges, which features a parade, football game and other activities that show students and alumni exhibiting their exuberant dedication to the institution.

The program has introduced about 1,000 African-American high school students from the Buffalo area to historically black colleges and universities. Over the past 25 years, the Black College Tour has traveled to 22 historically black colleges, including Howard; Bowie State in Bowie, Md.; Hampton University in Hampton, Va.; and the University of Maryland Eastern Shore in Princess Anne, Md. 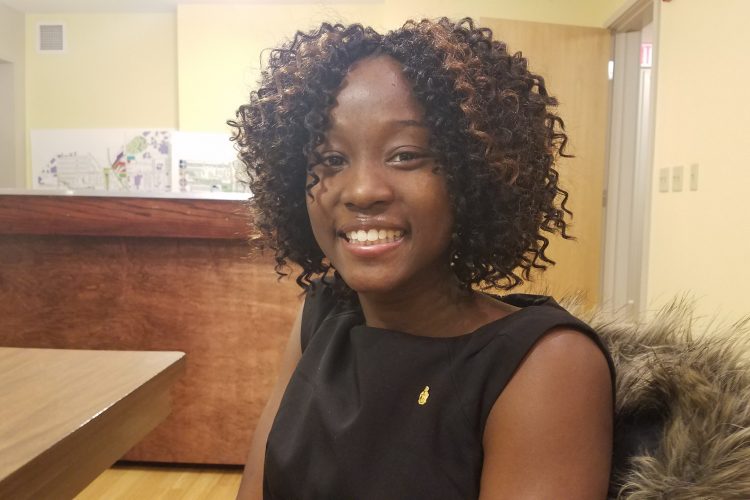 Rhodes, who serves as chapter president for Delta Sigma Theta, said she was inspired to introduce African-American students to the colleges and universities in 1992.

"It was a vision that I had for our sorority, Delta Sigma Theta. Through that vision, I connected with a sponsor, Xerox Corp. It was David Garnett there, who was a Buffalonian. He was transplanted to Virginia. He was vice president of one offices there. He did consent to helping us fund the program from 1992 to 2002," said Rhodes, a retired professor at the University at Buffalo.

Quinney, a three-time winner of the sorority's scholarship, was introduced to the tour three years ago while she was a senior at Hutch-Tech High School in Buffalo. It influenced her decision to attend Howard University.

"Nobody can teach us ... about us like we can. That's what Howard did for me. It inspired me to think differently," Quinney said.

"The campus and the people are just so rich in history and culture and heritage and genealogy. It's truly an experience for us. It is so special to know that there is a place made for you. Black students, black kids need to know that today," she added.

At the gala, which is a fundraiser for college scholarships, the sorority will salute community members who have been longtime supporters of the program, including Garnett; Clement Weatherspoon, the driver for the tour over 15 years; and Rubie Carlis-McKelvey, a school psychologist with the Buffalo Public Schools who independently sponsored students for the program.

Carlis-McKelvey, along with her husband, Terrance, also sent all four of their sons to historically black institutions of higher learning.