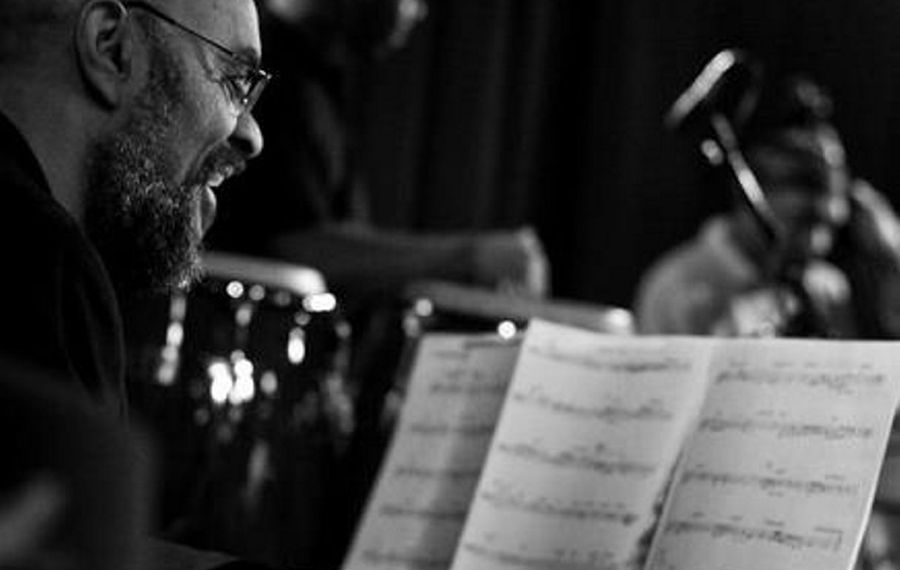 It is our delightful good luck in this city that we have had two -- count 'em --spectacularly genial mainstream bop piano masters with New York pasts (and occasional presents) that played all over town and ultimately became one-man jazz piano universities to so many in town.

The first was the late and much-loved Al Tinney who, among others, had played with Charlie Parker back in the day. It almost seemed contemporaneous that the death of Tinney was accompanied by the move here of George Caldwell, who is still a sometime functioning pianist in the piano chair of the Count Basie Orchestra (i.e. the "ghost band" widely acclaimed for the way it preserves Basie's classic music).

The liner notes to Caldwell's disc are by tireless jazz critic Scott Yanow, no less, and they're happy to tell us that Caldwell, in his life, has played with "Cab Calloway, Dizzy Gillespie, Wynton Marsalis, George Benson, Joe Williams, Lionel Hampton, Art Blakey, Benny Carter, Diane Schuur, Tito Puente and Clark Terry." Not a bad bunch, that. In this quartet that he assembled for this disc, he's got fluent and versatile Memphis tenor player Bobby LaVell, fine young bassist Mike Forfia and protean Buffalo drummer John Bacon. Listen to Bacon's variation on Art Blakey rhythms on "Bye-A" and Forfia's uncommonly coherent and compelling melody statements in his solos. They go with LaVell's fat-toned dexterity and versatility and Caldwell's earthy solidity about as well as any piano/leader might want. "We simply picked tunes that we liked to play" says Caldwell. The producer of the record was Bobby Militello and the resultant music is nearly identical to the reason that Caldwell's personality has proved to be as irresistible in the local jazz community as Tinney's.