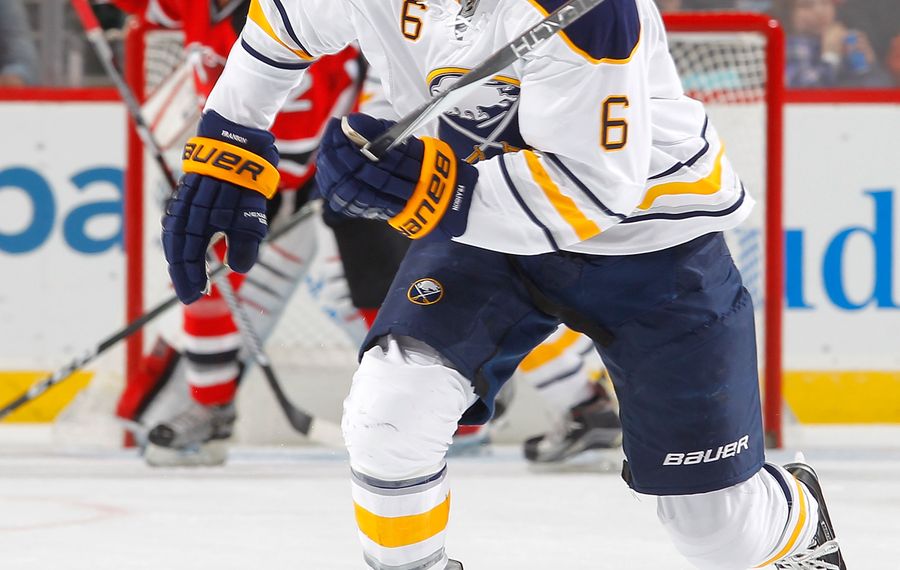 MONTREAL – No matter what happened in Tuesday’s game against the Montreal Canadiens in Bell Centre, the Buffalo Sabres were going to have their most productive offensive month of the season.

The Sabres averaged more than three goals per game in January. That's the highest monthly average since the team averaged 3.29 four years ago, in January 2013.

What’s been the difference this month?

“It’s tough to say,” Sabres forward Ryan O’Reilly said. “Obviously it is nice. I feel earlier in the year we were playing good defense, our goaltending has been stellar and there’s a lot of games in there where all you have to do is score one or two at the right time and it changes everything.

“I can’t put my finger on it but for myself I feel a little more confident going on the ice. I think there’s a few guys like that right now that we have that confidence that hey, we’re going to get on the board tonight. We’re going to make something happen. Everyone feeds off each other.”

But it’s not just Eichel.

Evander Kane has nine points in his last nine games. Brian Gionta has a point in each of his last five road games. O’Reilly has 11 points in 11 games, including five multi-point games. And the defensemen are getting in on the offense as well. Cody Franson has four points in his last four games including a goal against the Canadiens in Montreal Jan. 21.

Franson said one of the differences of late has been a good forecheck by the forwards who have created turnovers.

“The forwards have allowed us to play more in the offensive zone and in doing that they’ve made good decisions whether to take it to the net themselves or move it up to us quickly and I think quickly is the key word in that sentence,” Franson said. “The points that we’ve been able to get have been because they’ve moved the puck from down around the goal, giving us an extra second to see where our shot-blocker is coming from.

“You look at the top teams in the league, their blue line helps,” Franson said. “I think a big key to having your blue line be productive offensively is moving the puck quickly from down low. You can run a bunch of scissor plays and things like that but in order for a defenseman to help contribute you need that extra half second to see where guys are coming from, to pick your shot lane, to see where our guys are coming from going to the net.”

The Sabres have benefitted from playing a more open style of hockey on the offensive end. The good news is that has produced goals. The bad news is that means giving up more chances to the opposition.

"We're getting close to almost a goal more since Jack has been back in our lineup, but in that time frame we've given up about four chances more against in those games," Sabres coach Dan Bylsma said. "I think it's really a result of us playing a little bit more of an open game, a little more of a fast game and when we don't take care of the puck, we're giving up a few more chances against.

“I don’t ever want to be in a situation where we’re going chance for chance. That’s not how we want to play, it’s not our game. Perhaps we’ve won some 5-4 games and maybe you’re giving up more opportunities to a team when the game gets wide open and when we are coming back. … Certainly don’t want to go into a game thinking you’re going to give up 20 chances. On the flip side of it, when we were scoring 1.7 goals a game we weren’t winning a lot of hockey games. We were in 1-1 games and when you give up a goal you feel like the chances of you getting two weren’t very high. Now we don’t have that feeling about our team. We have a feeling that we can come back in games and that we are going to get goals if we just stick with it and that’s something I definitely like about our team."

While Eichel was home in Boston over the break, some of the greatest players in franchise history were on the other side of the country singing his praises.

Gilbert Perreault, Dominik Hasek and Pat LaFontaine were honored as part of the NHL’s 100 greatest players during the league’s All-Star weekend in Los Angeles. And the trio all had high praise, and expectations, for Eichel.

"He's the one to become the man of the organization. He has to take responsibility but he has to be healthy," Hasek said of Eichel. "He's the one to take the team to the playoffs. This is his job. The Sabres right now depend on him and on him becoming a leader. He needs to play well."

The high praise was kindly received by the 20-year-old Eichel.

“It’s obviously just a huge compliment first and foremost,” Eichel said. “Being a part of this organization those are the people you think of. Somebody like Gilbert Perreault or Dom or Pat LaFontaine, I mean I think more than anything it’s just a compliment. It just makes you want to be that much better. But with that being said I think there’s a lot of pieces to this puzzle. I try to fit into the right role and be the best I can be. I think you just take it as a compliment and just try to work with it.”

Eichel often eschews his individual importance in a team sport, but his offensive abilities impact those around him and in his second professional season ranks as one of “the” guys key to turning the Sabres into a playoff contender. With that talent comes responsibility.