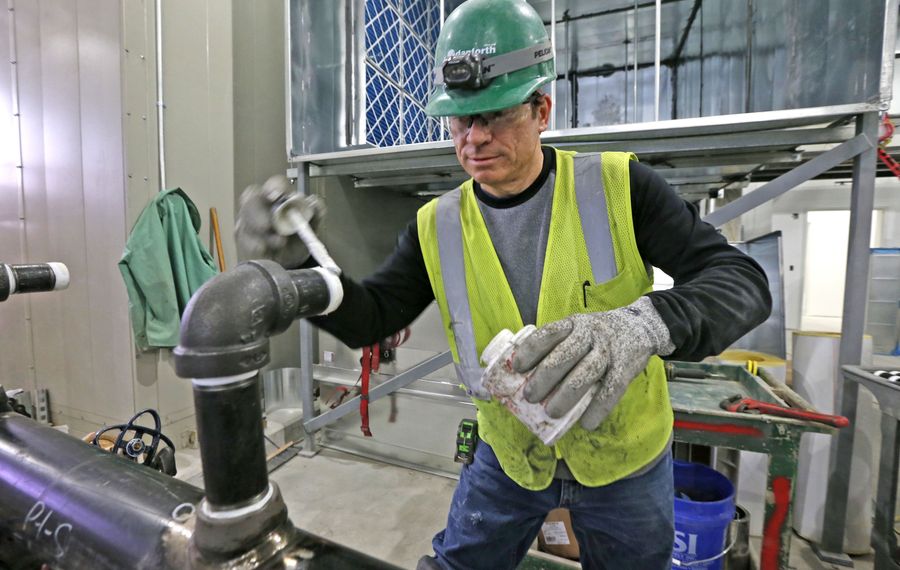 Contractors have completed about 84 percent of the $270 million project to construct a new pediatric hospital on Ellicott Street. Significant interior work is now underway.

In late December, the firewall between the Oishei Children's Outpatient Center in the Conventus Building and the new hospital building was finished. Consisting of doors, fire shutters, expansion joints and glass, the firewall forms a fire-proof barrier when shut, Hughes said.

That work paved the way for the outpatient center to open some of its clinics on Jan. 3, while hospital construction continues on the other side of the partition. About 2oo construction workers are on site putting finishing touches on the hospital's interior.

Significant interior work is now under way inside the halls and rooms of the new,$270 million hospital slated to open in November on the Buffalo Niagara Medical Campus. To date, 84 percent of the project is completed.

Epoxy floors are now being installed in the operating rooms, along with preparation and recovery units. That type of flooring is preferred in hospitals for sanitation purposes. A labor-intensive, multi-step process is used to give the flooring a hard, durable finish.

The new hospital at 818 Ellicott St. on the Buffalo Niagara Medical Campus is scheduled to open in November.

More from the Medical Campus: