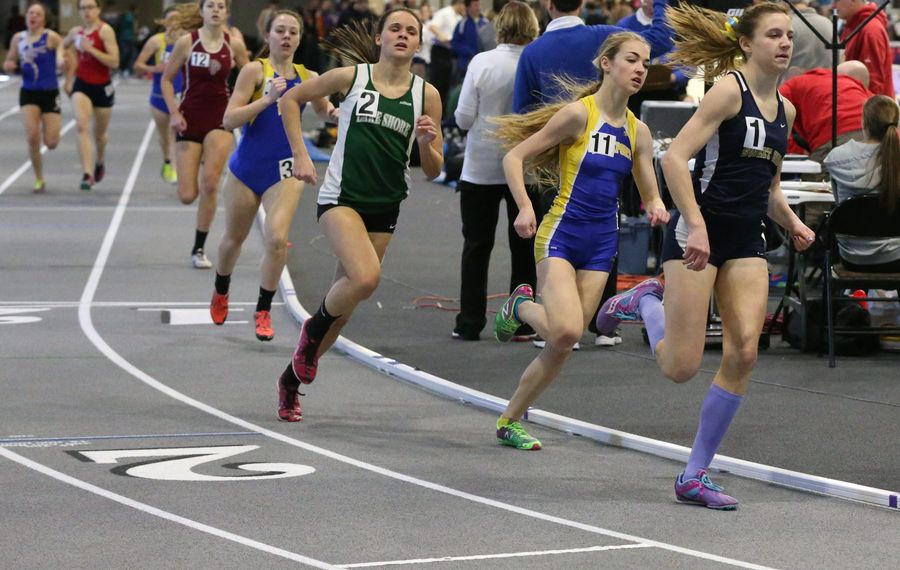 Local indoor track coaches and officials keep hoping that someone will come along, twitch his or her nose, and make a sparkling new facility for their sport appear.

Sadly, magic is the stuff of movies and television.

"I've been coaching for 29 years, and I've been waiting for an indoor facility for that many years," said West Seneca's Pete Szymanski, the boys chair of the Section VI Track and Field Committee. "Everyone talks and talks about it, and nothing happens."

The lack of a top-flight field house is one of Western New York's biggest problems when it comes to high school sports facilities. While there are buildings used for track, they may not have some of the bells and whistles (long straightaways for running, proper flooring for spikes, banked turns, jumping pits) that can help athletes reach their potential. Buffalo State College and SUNY-Fredonia's buildings are frequently visited by competitors. The Lancaster High School field house also is used extensively. For example, the annual Rock N' Roll Throw-Off, featuring some of the area's best in the shot put and weight throw, was held in Lancaster on Saturday.

Such buildings are appreciated by all concerned. But, they aren't state of the art.

"Fredonia and Buffalo State have always been good to us," said Brian Lombardo, the coach at Sweet Home and the girls chair of the Section VI committee. "But they'll be the first to tell you that it's small. The tracks are 160 meters around, and Lancaster is 150."

Let's do the math. A 1,500-meter race at Lancaster is 10 laps, and a little over nine laps at the other two. It's seven and a half laps at a 200-meter facility, so there are fewer turns and more straightaways. Some local buildings don't allow runners to wear spikes and/or can't supply banking on the tracks. That all means slower times for the runners.

"When you are comparing times of high school runners of Section VI to the runners who are at the New York City Armory, the times in New York are faster," said Vicki Mitchell, the director and head coach of cross country and track and field at the University at Buffalo. "That doesn't give Western New York athletes many chances to get some respect.

"So many schools don't have the budget to go to top facilities for practices or meets. Some do go, but not every week. There are only a handful of opportunities to train or compete in such facilities."

That, in turn, means it's more difficult to judge area runners. Yes, they have the outdoor season in the spring to compensate for that. But it's a negative as colleges evaluate potential recruits.

Speaking of facilities, Section VI has been suffering from a case of "building envy" toward neighboring Section V since 2014. That's when the Kerr-Pegula Athletic Complex opened at Houghton College. Bring up the amenities of that building, and Western New York track officials sigh like they have a teenager's crush.

"It's awesome," Lombardo said. "It was long overdue. The Pegulas did it right."

"It has two jumping pits, a pole vault area, a cage for the shot and weight throw," Szymanski said.

The $23 million complex also has an eight-lane 200-meter track. Some extra features in the building are six tennis courts, a weight room, locker rooms and offices. Section VI athletes are regular visitors to Houghton during the course of the track season. The Western New York Relays, Section V vs. VI Invitational, Team Championships and State Qualifier Championships are all held there.

Still, from a Western New York perspective, Houghton's facility isn't perfect. It's a little awkward for Section VI athletes to head to Section V for championships.

Houghton isn't exactly close to anything either. The Allegany County hamlet is located about 15 miles southwest of the southern tip of Letchworth State Park, and it's not near any cities.

"It's about an hour and a half away from us," Syracuse said. "It's closer than going to Cornell, which has a 200-meter track, but not that much closer."

"You'd never get the state meet there, it's too isolated," Szymanski said. "There's no hotels."

Houghton's business model is tough to duplicate too. Kim Pegula, who with husband Terry owns the Buffalo Bills and Sabres, went to Houghton College. In other words, the couple is not an ATM when it comes to funding athletic facilities throughout the region.

The economics for a good-sized all-purpose field house are the obvious problem. Track officials agree that once a multi-sport facility was built, it would generate money. Championships could be staged that would take in entry fees. Teams could rent the building for workouts. Add some areas that would have year-round usage such as fitness spaces, basketball courts, etc., and the dollars would add up.

The problem starts at the beginning. Who puts up the money to construct such a building?

Some might look to the state for help, but that hasn't been coming at the college level. Such a facility has been on Mitchell's wish list, she says, "pretty much since I got here, in 1999."

"That is something that we as coaches speak about frequently," she continued. "Boy, it would make our training so much easier. This year, the winter has been mild, so for the distance athletes, we've been fortunate. But it's difficult for the jumpers and sprinters, what with the cold or ice."

When Mitchell takes her teams to the University of Akron, she usually stops to admire the facilities there.

"They have a 300-meter indoor track," she said. "There's a turf infield for football that can be used for baseball. They host high school meets. You're charging an entry fee for spectators to come in. That's all bringing in money that can pay for the facility."

Without public or private funds, a new field house at UB can't get past the blueprint stage. Other colleges or municipalities would face even bigger obstacles in fundraising.

Sport Indoor Training and Educational Center, Inc. is taking a different approach. It is a non-profit organization that was created in 2016 and hopes to get such a complex built in Buffalo.

"With all of the new people who are coming in to work at the veterans center or medical complex, they'll need a recreational facility," said Don Sauer, SITEC's vice president of operations who is a former local track coach.

"We could have USATF meets, games for the physically challenged, military groups - every weekend you could host something. It would bring people to Buffalo. We've contacted people in volleyball and pickleball. We contacted USA Archery, and gotten some plans and drawings in order to become a USA training center. It's the same thing for fencing. There would be great opportunities for kids to have a facility like this."

The biggest problem for SITEC, again, is paying for that first shovel in the ground. Sauer said the tax-exempt group is searching for private sources of funding, such as grant money and donations from corporations or individuals. That can be a long and difficult process, with no guarantees for a happy ending.

Therefore, the wait for a new first-class field house that can host indoor track goes on. And on.

"Everybody talks a good game, but nobody has the resources," Szymanski said. "If I won the lottery, I'd build it myself."