Here are some highlights from the Buffalo Evening News from Jan. 31, 1917:

* An infamous plot to poison Premier Lloyd George and other British officials takes center stage. Three women and one man were arrested and charged with "conspiracy to murder." The story states "the three women are supposed to be suffragettes."

* Fifty new trolley cars have been ordered for Buffalo. Half of those were intended to relieve the congestion on the Elmwood and West Utica lines caused by the employees of the Pierce-Arrow plant on Elmwood Avenue during rush hour.

* In a small dispatch from Albany, Gov. Charles S. Whitman pardoned Ethel Byrne, "the birth control hunger striker." She would have to "agree not to break the law against disseminating birth control information in the future." Byrne was the younger sister of birth control activist Margaret Sanger. 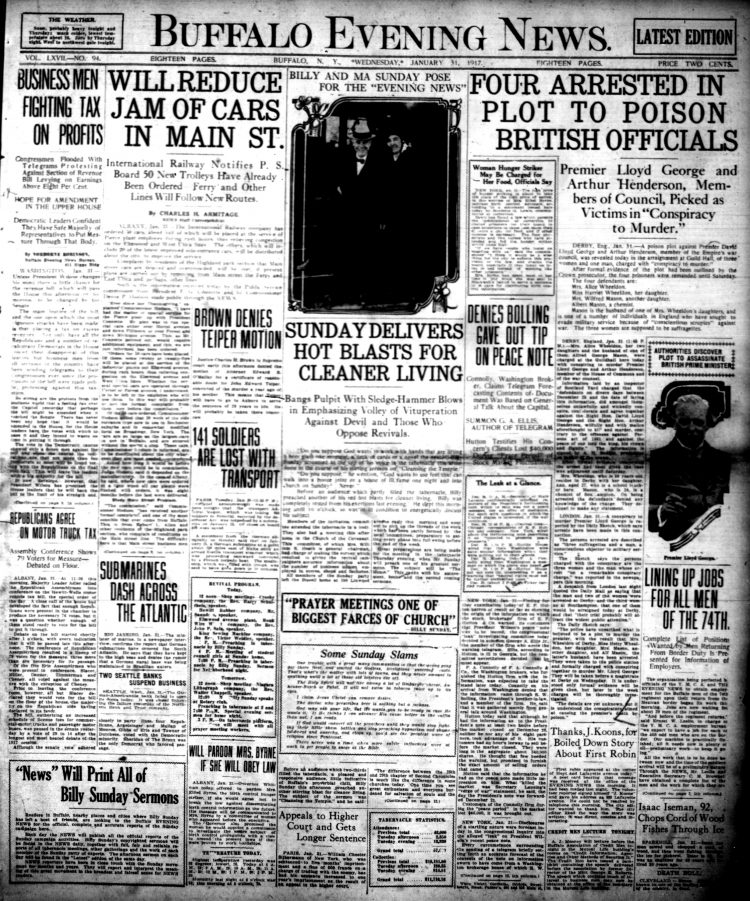