Another team from Buffalo is going to four straight Super Bowls: Mike Andrzejewski and Frank Mercado.

The chef-owner of downtown restaurant Seabar is going to Houston for the Taste of the NFL fundraiser, held the night before the big game. With him will be Mercado, chef of the M&T Executive Dining Room, who has partnered with him on the mission for the last three years. They'll be offering pork shumai dumplings with spicy Napa cabbage slaw and soy-garlic dip.

"There were a hit last year, and the organizers asked us to bring them back," Andrzejewski said. 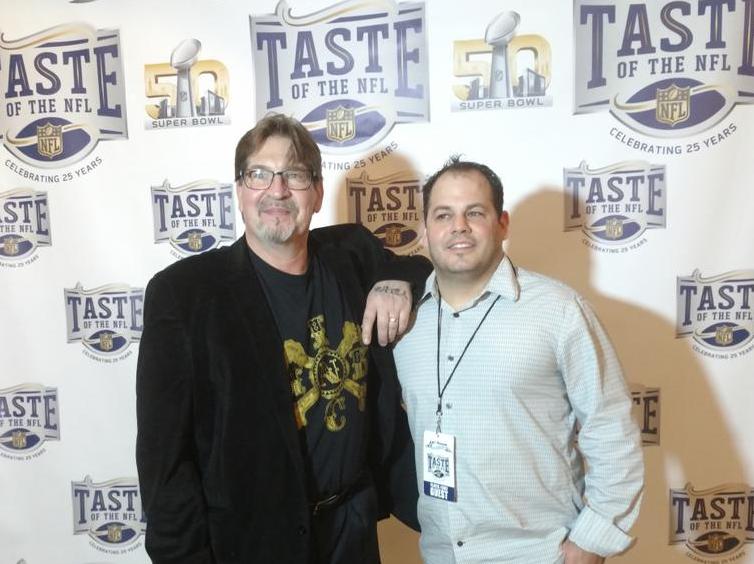 Mike Andrzejewski, left, and Frank Mercado will be cooking for a cause at the Super Bowl. (Seabar)

As the Buffalo Bills' representative of the party, the Buffalo team can claim part of the fundraiser's proceeds, which will again be directed to the Food Bank of WNY. In recent years, that's amounted to about $10,000 each year, Andrzejewski said.

Supporters can donate to the Food Bank directly as well, by going to the Taste of the NFL page here. That's helped raise thousands of dollars more each year, he said, and a dollar in aid can mean three meals for hungry people.