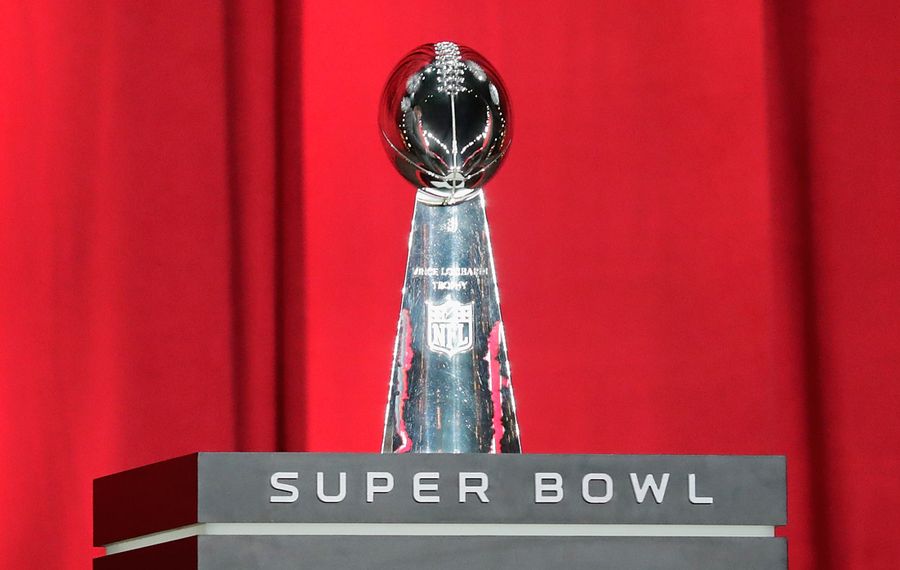 This will shock you, no doubt, but I caused a fair amount of trouble in my youth and was grounded for many a summer day. By sending me to my bedroom, my parents must have figured they were instilling discipline and preparing me for later in life. At least they were half-right.

You can shoot only so many rolled up socks into a lamp shade before getting bored, or breaking the lamp. I turned my attention to reading and collecting innocuous facts about sports. My mother often moaned about my ability to remember garbage statistics while forgetting to take out the garbage.

In honor of my Super Bowl quiz, here’s a little fact combining my penchant for mischief with my love for football: Two former Bills separately broke up fights involving me and other kids in the 1970s. In fact, the Bills’ offense started with them when they won the 1966 AFL title, the year before I was born.

Why, it was quarterback Jack Kemp and center Al Bemiller.

Kemp was a Congressman visiting my elementary school when a fight broke out between Paul Sanchez and me. My parents were humiliated. Bemiller, my first youth football coach, separated Joe Dubreville and me in a practice skirmish. Funny, but I was good friends with both kids.

OK, enough about my issues. Let’s get to the questions. I’ll start out with easy ones regarding the Bills so you can get warmed up. I’ll also spare you Roman numerals that turned Super Bowl history into alphabet soup. You’re welcome for both.

1. Three players fumbled three times in a Super Bowl game. Cowboys quarterback Roger Staubach was one, but the other two played for the Bills. Can you name them?

2. Who holds the Bills’ record for most sacks in a Super Bowl career (four) and a Super Bowl game? It doesn’t get much easier.

3. Three players were on five Super Bowl-losing teams. Of course, all three played for the Bills. Name them and their other teams.

4. Tom Brady will break a record Sunday with his seventh Super Bowl appearance. With whom did he snap the tie? I’m practically giving this one away to Buffalo fans.

5. Who was the only starting quarterback who failed to complete a pass?

6. Who are the only kickers with four field goals in a game?

7. Steve Young is the only quarterback taken in the supplemental draft to win a Super Bowl. Kurt Warner is the only undrafted QB to win one. Six other QBs were taken after the 100th pick overall and won at least one. I’m in a good mood, so I’ll give you Tom Brady. Name the other five.

8. Name the three Super Bowl coaches who were inducted into the Pro Football Hall of Fame as players.

9. Super Bowl 5 was known as the Blunder Bowl because the participants combined for 11 turnovers. It also carries the distinction of being the only time the MVP was given to a member of the losing team. Name him.

10. Who is the only player to recover his own fumble and another one by the opposing team in the same game?

11. What four schools have produced U.S. president and a Super Bowl winning quarterback?

12. Who is the only player to win the Heisman Trophy and college national championship one year and NFL rookie of the year and a Super Bowl title the next?

13. For which professional team did Kurt Warner play prior to leading the St. Louis Rams to a title in SB34?

14. You know Max McGee caught the first touchdown pass in Super Bowl history, but who caught the last one?

16. Since the first Super Bowl, who coached (and won) the most NFL games without reaching the big game?

18. Who is the only player to win a Super Bowl with three different teams?

19. Who are the only two players to win a Super Bowl and hit a home run in a Major League Baseball game? Both actually won back-to-back Super Bowls and one was drafted by the Bills.

20. Name the only Super Bowl coach who played in the NBA.