Anacone’s Inn on Bailey Avenue, a favorite destination for generations of University at Buffalo students, had many charms – inexpensive beer, beef on weck and chili, a pool table and, for those with discriminating ears, its jukebox.

Nowhere else in the area would a few quarters be rewarded with so many classics, from the jazz of Ella Fitzgerald to the rock of the Rolling Stones. 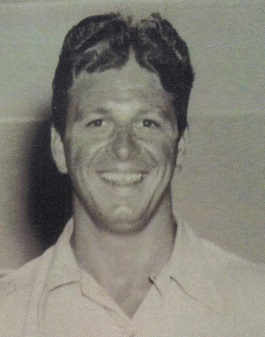 That was a reflection of the man who opened the place in 1967, David Anacone.

A big band jazz drummer, he toured the nation in the late 1940s and early 1950s and accompanied such notables as Billie Holiday, Tony Bennett and Frank Sinatra.

A West Seneca resident in recent years, he died Thursday in Hospice Buffalo, Cheektowaga, after a short illness. He was 90.

Born David Elio Iannaccone in Buffalo, he was the youngest of three children and grew up on Myrtle Avenue on the city’s East Side.

He picked up drumsticks at the age of 7 and, according to his family, never put them down.

As a teen, he was performing in local nightclubs, accompanying some of the leading singers of the day. He left Hutchinson-Central High School after his sophomore year to go on the road.

He played with the Tommy Dorsey Orchestra, the Clyde McCoy Orchestra and other big bands. When he got married in 1952, he stopped touring and found a steady job in the house band at the Palace Burlesque, where he played until it closed in 1967.

That’s when he bought the former Ernst Tavern at 3178 Bailey Ave., a few blocks south of the UB South Campus. He operated it until 1982. His son, Mark, then took over the business and ran it until 2007.

In retirement, Mr. Anacone built his dream home on 10 acres near Arcade and joined the Big Band Revival, a swing band led by Bob Lucia which played Sunday dances at the former Hearthstone Manor and throughout the Southern Tier. He also gathered groups of musicians to play jazz occasionally at Anacone’s Inn. He continued playing until five years ago.

In addition to his son, survivors include two grandchildren.