An estimated 1.3 million chicken wings will be eaten on Super Bowl Sunday, according to the National Chicken Council.

Across the area, many of them will be devoured at homes, rather than in restaurants. Another Super Bowl without the Buffalo Bills has restaurant owners like John Bona III of the Amherst Pizza & Ale House (55 Crosspoint Pkwy., Getzville) expecting sparse crowds, with house parties taking center stage.

Luckily for Bona, his restaurant and bar features 20 televisions and a take-out counter so either way the game is a win-win for his business, which he founded in 2005. Bona discussed how he plans to capitalize on the big dance by spiking his wings and more.

Question: Just how big is the Super Bowl to your business? The Buffalo Bills aren't in it. Do people still come out?

Answer: People still come out, and they come out in droves, for our take-out business acting as a standard pizzeria. With the restaurant and sports bar, we get some action, but it's a popular day for house parties so one way or another we can accommodate customers who are staying home or going out to watch the game.

Q: So having a take-out option is a benefit. How big of an impact do you expect the Super Bowl to have?

A: Our business on that day, for pizza and wings, it's comparable to maybe 75 percent of a week's worth of wings in one day. Pizzas are very strong also. 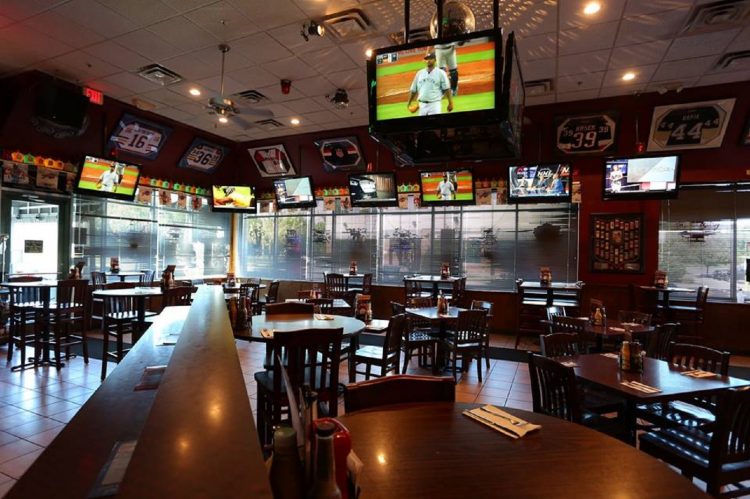 Q: What are your top sellers?

A: Your standard hot wings, our Crown Royal BBQ wings are one of our signature items - they're very popular. With the pizzas, people get creative. They might get a sheet pizza - cheese and pepperoni - and then supplement it with a few medium or large specialty pizzas.

Q: What are Crown Royal wings? 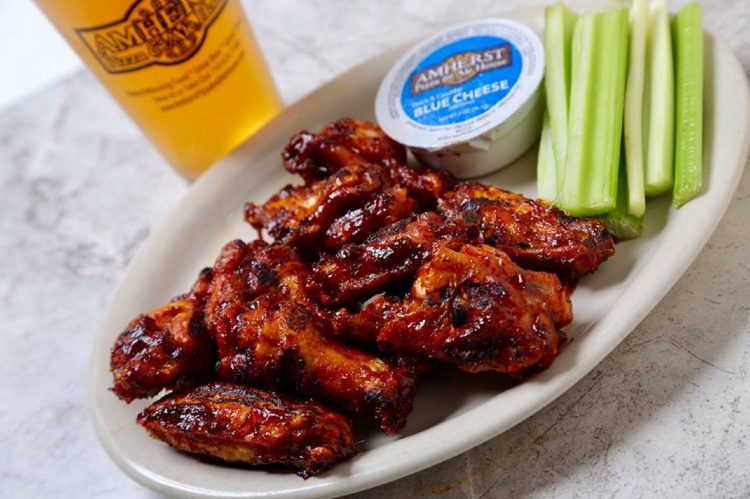 Q: What is your most popular pizza?

Q: What are the most popular drinks on Super Bowl Sunday?

A: It's mainly beer drinkers. We have 100 different beers to choose from with 20 on tap and we rotate them and try to keep up with different styles to please almost anybody who comes in. It's a beer drinking, chicken wing and pizza crowd on that day. The ambiance in here is nice with our fleet of televisions and the sound on. It's a good time. 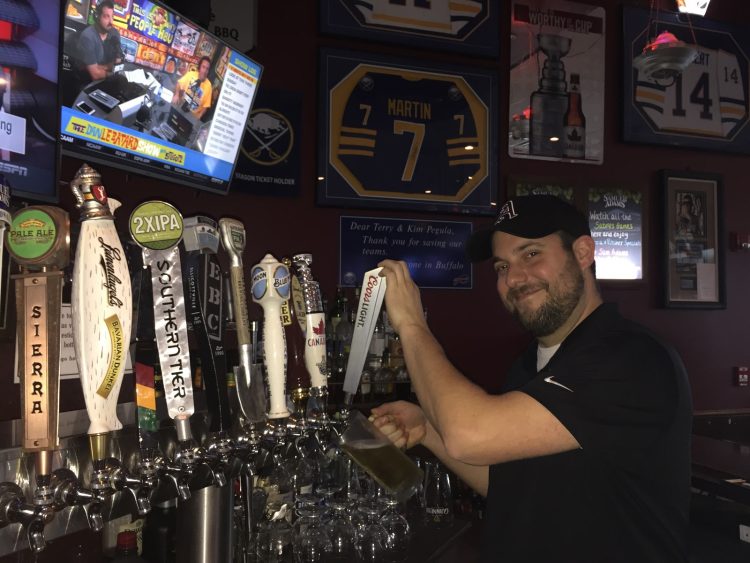 Q: Do you have to bring in extra staff on Super Bowl Sunday?

A:  It's all hands on deck in the kitchen and things usually slow down by half-time of the game so our staff gets to enjoy the game after that. Peak time is 3 to 6 p.m.

Q: Can customers order in advance?

A: We do take pre-orders and we do take reservations for groups in the restaurant to try to accommodate people who might not want to have their party at home and move it offsite to a place that will cater to them and clean up after them.

A: We're looking forward to turning the corner and opening our patio when the weather breaks. We get revved up with March Madness - the basketball tournament. St. Patrick's Day is falling on the opening week of that and March Madness is in Buffalo this year, for the first weekend, and that's always fun with the out-of-towners and people who come in to see their teams who might want to come to a local place like ours and experience Western New York food.

Q: When is your busiest time of year?

A: All summer long when our patio is open with 16 tables to take advantage of in the good weather months - and holidays and football season are busy. 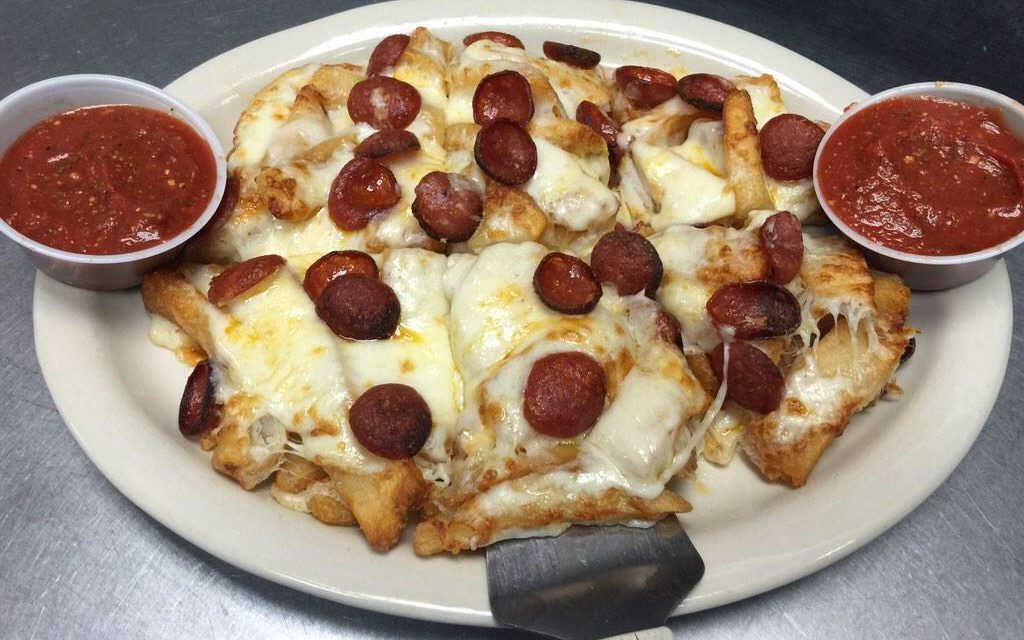 Q: Besides pizza and wings, what are your popular menu items?

A: Dine-in customers take advantage of a variety of choices. We serve homemade, large 12-ounce burgers, strip steak sandwiches, our salads and wraps are flying. We have a little something for everybody. One of our specialty creations that really took off in the last two years since we introduced it is our pizza fries. It is a full plate of fries.

You can have them steak cut or seasoned waffle fries, we top it with mozzarella cheese, pepperoni, we bake it after the fries are done so the cheese is melted. We serve it with two sides of pizza sauce and cut it up and serve it as an appetizer. It's one of those things that goes viral on social media when people see pictures of it and you really can't lose.

*Carey's recent interviews:
- Soup is on at Danny's - 30 gallons at a time
- Lucia's on the Lake to open second restaurant
- Reunions pay off for Brick Oven Bistro
- Keeping hungry skiers fed at EBC
- Butera's in Hamburg lives up to its name
- Everything you need to know about the Tom & Jerry
- What to know before you buy or pour your champagne