On weekends she and her friends would take the Canadiana to Crystal Beach and dance the night away.

She bowled a 278 game while eight months pregnant. 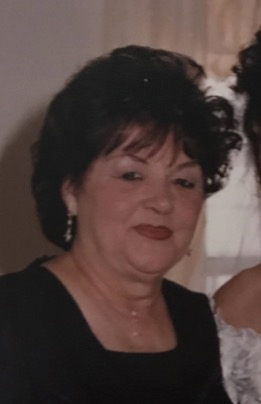 And she coached her two sons’ baseball team – the Lincoln Park Lions Grasshoppers.

But most people knew and appreciated her for the chocolate she served.

Mrs. Johnson, who owned Gertrude Shalala’s Chocolate Shoppe, died Wednesday in her Town of Tonawanda home. She was 79.

Her chocolate shop was located in the old Sample Card Shop in North Buffalo. She bought the Hertel Avenue staple from original and retiring owners Gertrude and Margaret Shalala. She operated the business from 1986 to 1998. Mrs. Johnson specialized in wedding decorations and famous wedding mints with bride and grooms name. Gertrude Shalala’s was open in North Buffalo for over 90 years.

From 2000 to 2012, she was a caterer. Patricia Johnson Catering prepared kosher meals for bat mitzvah/bar mitzvahs, weddings and private functions.

The former Patricia Lorraine Krystof was born in Buffalo and raised in the city’s Polonia district. She attended elementary school at St. Matthew’s and high school at St. Mary’s Lyceum.

She had a passion for bowling – every Wednesday or Friday and Saturday.

After high school she went to work at Wildroot Factory as the secretary to the CEO/president from 1956-1966.

She modeled for local catalogs from 1958 to 1960 for AM&A’s and other local companies.

Mrs. Johnson was a PTA member and president in the early 1970s at Thomas Jefferson Elementary School, where her four children attended school.

A service will be offered at 9 a.m. Tuesday at St. Amelia Catholic Church, 2999 Eggert Road, Tonawanda.