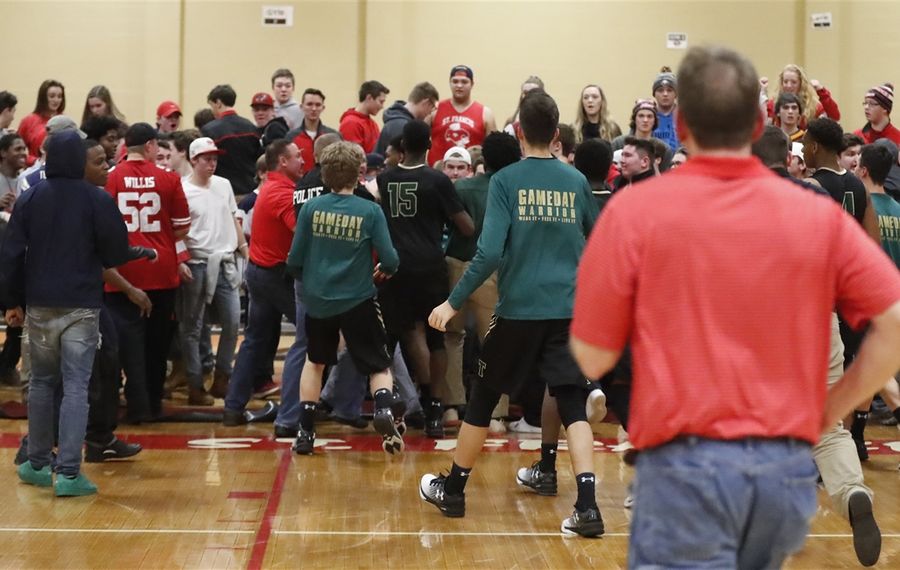 Police and coaches defused a minor situation in which St. Francis fans and Timon players gathered together after the game.

According to David Universal of the New York State Sportswriters Association, a St. Francis fan appeared to taunt Timon players as they were walking off the court. No punches were thrown, Universal said.

"We don't have all the facts," Schneider said. "We're collecting the information we need to make a decision."

Timon Athletic Director Charlie Comerford, who was at the game, said he believes the league is just trying to do its due diligence as it does in every situation.

"This is a very minor incident."

Schneider said there's no timetable on the investigation.

In October, the Timon-St. Joe's football game was suspended during the second quarter after a brawl erupted between the teams. The league later ruled the game a double forfeit and disciplined both teams.