More than 2½ years after plans were unveiled for a solar panel factory in South Buffalo, SolarCity is ramping up its hiring.

The solar energy installer expects to start hiring entry-level production workers as it gets ready to begin manufacturing operations at the South Park Avenue factory later this year. Here’s what to expect.

What type of jobs?

SolarCity has listings posted for more than two dozen different types of jobs at the RiverBend factory.

Many of those jobs are for skilled engineering and manager positions that require advanced degrees or experience in solar cell or semiconductor manufacturing.

But hundreds of jobs will be available for production workers, which require less extensive training and experience. 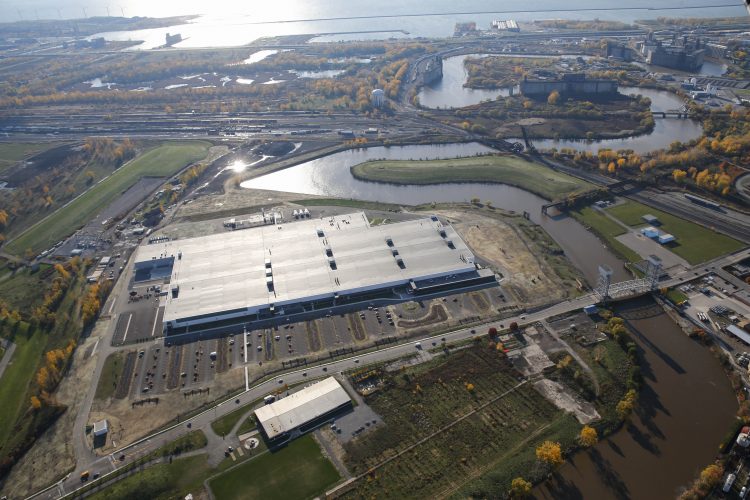 Those positions include jobs for manufacturing specialists, shipping and receiving clerks and material handlers, said Kady Cooper, a SolarCity spokeswoman.

What does a manufacturing specialist do?

SolarCity’s manufacturing specialists will set up and operate production equipment, load and unload solar cells and finished solar modules, and occasionally assist with troubleshooting tools. They will set up batch starts and microscope inspections.

Manufacturing specialists will do data entry and document the processing and shipment of product lots. They will be required to use computers for the automated processing of products.

What type of training is needed?

SolarCity says manufacturing specialists will need a high school diploma or its equivalent.

Workers will need basic math skills such as adding, subtracting, multiplying and dividing, and have to know how to calculate averages and percentages. They also need basic personal computer and keyboarding skills so they can accurately input data.

What training is available?

ECC initially offered a training program geared toward the semiconductor manufacturing processes used to make solar panels, but put it on hold last year as hiring at SolarCity was delayed. It now offers electrical and mechanical engineering training programs that provide similar skills to those SolarCity is seeking.

ECC also is working with SolarCity to develop a training program focused on mechatronics, which combines mechanical and electrical skill components and is in growing demand, not just at SolarCity but at other companies as well, said Joanne C. Colmerauer, an ECC project director.

That type of training will position workers for jobs above the entry level, such as facility equipment maintenance technicians, she said. “These are the people they think will be in the highest demand. They will be the people who keep the machines running,” Colmerauer said.

ECC expects to have the new training program ready for the fall 2017 semester.

What will the entry-level jobs pay?

SolarCity isn’t saying how much it plans to pay, although the company says its wages will be on par with other local manufacturers.

“The pay range is at market value and comparable to other local companies in the area,” Cooper said.

How fast will SolarCity hire?

The pace of the hiring will depend on how quickly SolarCity is able to begin making solar panels at the Buffalo factory.

The company doesn’t have a set target for the number of workers it plans to bring on in its first wave of hiring. “We’re trying to assess what the entry-level landscape looks like first,” Cooper said.

When will the hiring start?

The first production workers are expected to be hired during the early part of this year. SolarCity is hoping to begin production by the end of June, but if that schedule changes, so too could the hiring timetable.

Ultimately, SolarCity expects to have a minimum of about 500 manufacturing jobs at the Buffalo factory, part of an overall commitment by the company to have 1,460 employees in the Buffalo Niagara region. SolarCity’s vendors and companies that provide services to the Buffalo factory are expected to create another 1,440 local jobs under the company’s deal with the state for $750 million in public funding to build and equip the factory.

What is the hiring process?

Candidates should submit applications through SolarCity’s careers website. Applicants then will be asked to take The Adult Basic Education test, which measures reading and math comprehension. After that, the company will conduct phone and in-person interviews with the remaining applicants. The final step in the job screening process will be a manual dexterity assessment.