The Buffalo Niagara Medical Campus is a focal point for development in Buffalo.

Over the past 12 years, the University at Buffalo, Roswell Park Cancer Institute, Kaleida Health and Hauptman-Woodward Medical Research Institute all have finished construction on major research or clinical centers on the campus. In the new buildings, doctors treat patients, scientists seek cures for deadly diseases and entrepreneurs build companies.

When the organization that oversees campus operations formed in 2001, 7,000 people worked at its existing institutions. Once the John R. Oishei Children’s Hospital and UB’s Jacobs School of Medicine and Biomedical Sciences complete their moves to the campus this fall, 15,000 people are expected to work there.

Work is taking place across the campus, but two projects are at the center of attention.

Workers broke ground on the $270 million John R. Oishei Children’s Hospital in fall 2014, and construction was 80 percent complete as of December.

[See the rest of Prospectus 2017: Unveiling the New Buffalo]

The 12-story, 410,000-square-foot facility has 185 beds. It is smaller than the existing Children’s Hospital on Bryant Street but is designed to give patients, their families and staff a better experience. 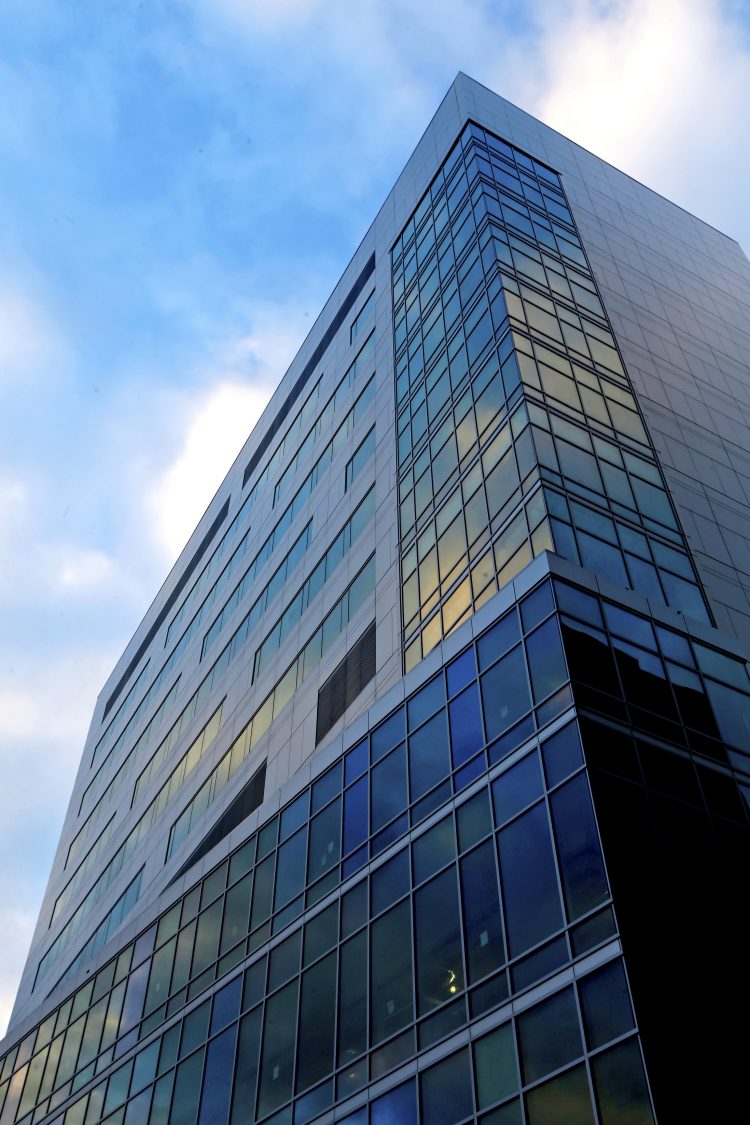 The adjoining Oishei Children’s Outpatient Center in the Conventus Building opened to some patients in January and will continue to open more clinics in April and October.

In November, the Children’s Hospital inpatient and emergency departments will make the highly choreographed shift to 818 Ellicott St.

The University at Buffalo this fall is expected to complete its Jacobs School of Medicine and Biomedical Sciences, a $375 million undertaking that began in October 2013. The eight-story, 628,000-square-foot building is the largest construction project in UB’s 170-year history.

The new school will bring 2,000 students, faculty and staff to the Medical Campus from their current home on UB’s South Campus once it is finished. The building is 75 percent complete now.

Many other projects will take shape on the Medical Campus in 2017. Notable projects include:

• Construction should begin in March on the $90 million Campus Square project, a redevelopment of the 12-acre Pilgrim Village affordable housing complex into a community with apartments, commercial space and parking.

• The Medical Campus should begin renovations to 980 Ellicott St. this spring and complete them by the end of the year. The complex has a mix of office and laboratory space.
The organization acquired the facility because it is running out of room in its Thomas R. Beecher Jr. Innovation Center, an incubator for startups. The campus spent $3.75 million to buy the buildings at Ellicott and Best streets from Osmose Holdings.

• Ciminelli Real Estate Corp. has selected a design for an 11-story medical and research building to cost up to $140 million. The architectural firm Perkins + Will is designing the new clinical, research and office building at 33 High St., the site of the old Langston Hughes Institute building, which will be torn down. The project is across the street from Ciminelli’s successful Conventus medical research and office building, at Main and High streets, and the new building would be similar in size and scope. The developer said it hopes to begin construction on the project in 2017.