Here are some highlights from the Buffalo Evening News from Jan. 27, 1917:

* Billy Sunday, the nationally known Christian evangelist and former player in baseball's National League, was set to visit Buffalo to deliver sermons. Crowds gathered at the train station to greet Sunday and his wife, "Ma." His theme for the following day's sermon was rumored to be "work and pray."

* Pittsburgh's retail district was engulfed in flames, eventually causing $4 million in damage. The Frank and Seder department store, the Grand Opera house and the Hilton Clothing company were among the businesses destroyed. To combat the cold temperatures, firefighters carried hot water from nearby restaurants to fight the blaze.

* As a follow-up to yesterday's story about a man killed in cold blood, railroad detectives were charged with manslaughter for shooting 27-year-old Cologero Pierera. In his dying statement, Pierera said he was not near the railroad and was shot while holding his hands up, which led police to investigate.

* On a tragic note in Niagara Falls, 12-year-old Mastelka Kwapicz, who had been sick for several days, awoke in the middle of the night, took her father's keys out of his pocket and walked down the street to the Erie Railroad tracks. She was found dead later that night, killed by a freight train. 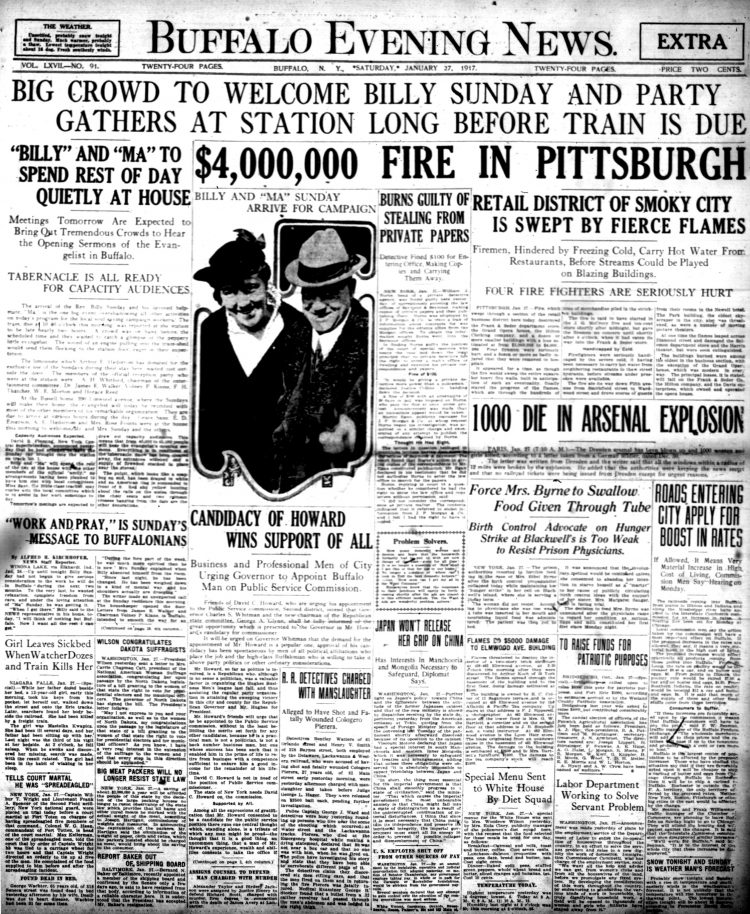