There's already a mural on the northern side of the El Buen Amigo building on Elmwood Avenue, not far from Allen Street.

Now, there's plans for a second mural  -- this one on the southern side of the building, where El Buen Amigo, with its crafts and classes, offers a gateway to Latin heritage of Central and South America.

Visiting artists from other countries will be involved in creating the planned 1,600-squre foot mural intended to illustrate cultural and sociological themes spanning from a time when European explorers first reached America to the present, according to a memo filed with City Hall. 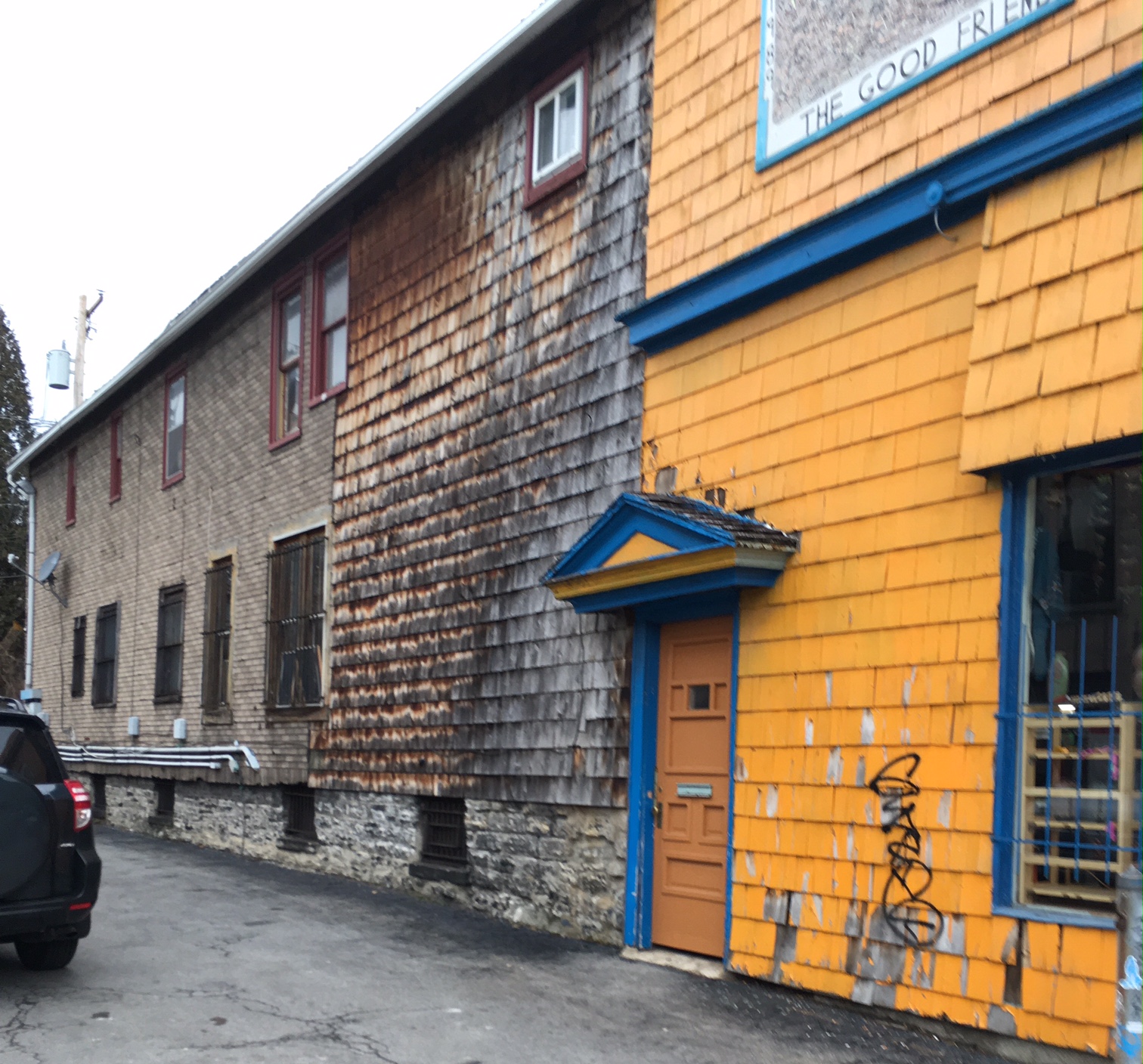 Here's southern side of El Buen Amigo, where a new mural is being proposed.

Masferrer arrived in Buffalo from Chile as a political refugee in the 1980s. He founded El Buen Amigo in 1989.

Actually, there are spots downtown  - somewhere, and especially if you want to pay for them

This from my colleague Jonathan Epstein, who was recently at a Buffalo Place meeting, where a preliminary report on downtown parking was being reviewed.  The report included a survey Buffalo Place conducted of off-street parking last spring and curb parking last summer.

It found 37,402 spaces overall in the area from Goodell Street to Canalside, and from Michigan Avenue to the west side of Elmwood.

And 65 percent of the spaces were being used, with the highest concentration in the retail core between Oak and Pearl streets and South Division and Genesee streets.

The government, Theater District, upper east and Elmwood areas had the next highest use.

Other areas, like the lower office district, Canalside and the “lower east side” of downtown, were less than half full.

When Mayor Brown recently asked for volunteers to serve as youth mentors, about 80 city employees signed up.

“There is a saying that it takes a village to raise a child,” Brown said. “I’m proud of the city employees who stepped up to help mentor our children to help prepare them to be the future leaders of our city.”

The City of Buffalo Mentoring Program is partnering with the Say Yes program.

Mentors will help students study for tests, complete homework assignments and learn new skills. They could also be paired up with recent graduates transitioning to college.

Anyone interested in serving as a mentor can call Kenneth Simmons at 851-6582 or email him at ksimmons@city-buffalo.com.