The Burchfield Nature & Art Center building in West Seneca will remain closed for at least several months, after major structural problems were discovered in the 16-year-old building.

"It wasn't a safe situation for the staff to be in," said Town Supervisor Sheila Meegan.

The 29-acre park will remain open.

The building, which is owned by the town, was closed Jan. 5. Employees in the three town offices located there - finance, human resources and town attorney - were moved to other locations. The building also has been used to house art exhibits, concerts and classes.

The problems with the 5,500-square-foot building at 2001 Union Road were discovered several weeks ago, when some of the hardware on the windows started popping off, and staff had trouble opening windows. Councilman William Hanley and town employees checked out the building, and opened up the walls to see what was causing the problems. 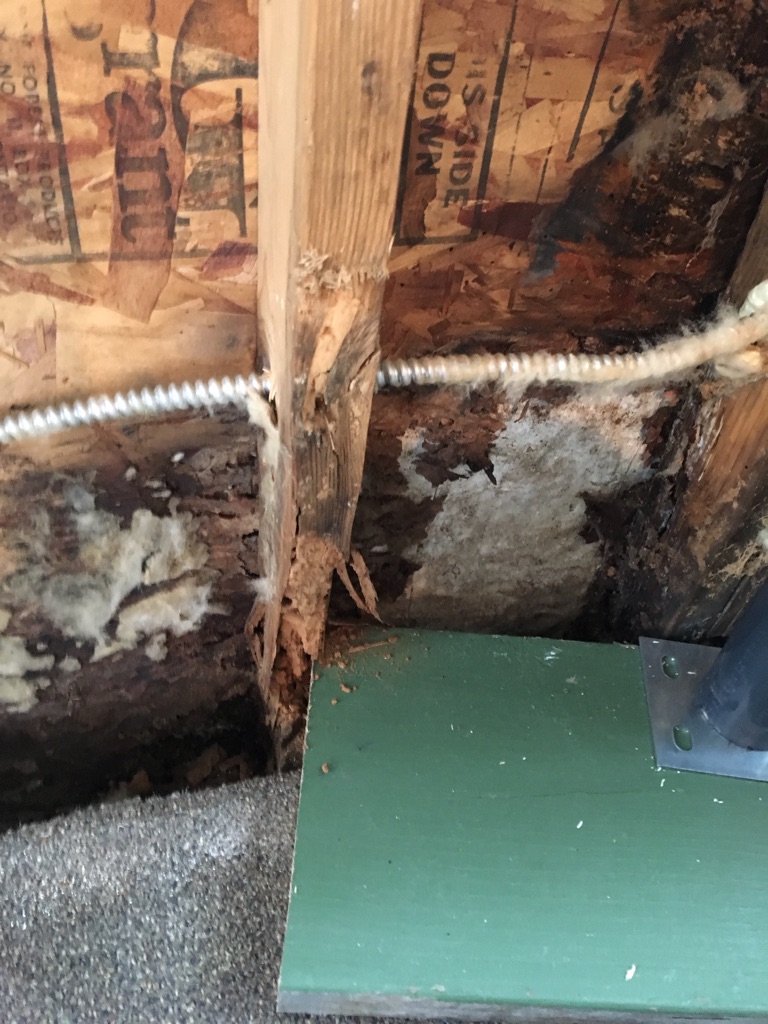 Rotting wooden studs have been discovered in the Burchfield Art & Nature Center in West Seneca. (Town of West Seneca)

Meegan said the building is built over a concrete slab, and 2-by-4 untreated wooden  studs were sunk 6 inches to 8 inches below the pad.

"There is basically a wooden wall built into a concrete channel," said Town Engineer Steven Tanner, adding that a pocket was created in which water could be trapped.

"Water rotted out all the wood around the structure," Tanner said. "The rotting wood makes that part of the building start to sag."

Meegan said the drywall was of poor quality, and when it was pulled off around the windows, it was clear critters had gotten in between the walls.

"Squirrels, snakes, there were remnants of all those creatures living within the walls," she said, adding that the heating, ventilation and air conditioning systems on the roof also caused problems.

"We’re going to look very carefully at what we have and what we’ve been left with," Meegan said.

The building opened in 2001, built near where Charles E. Burchfield lived, and the town developed the adjacent park on land where he frequently painted picturesque landscapes.  It housed West Seneca's AmeriCorps program until 2009.