[PHOTO GALLERY: Highlights of the apartment boom in Buffalo]

That’s what appealed to Orchard Park natives Kayci Caldwell and Eric Cohen. They live at the Turner Brothers Lofts on Niagara Street, which they found affordable and convenient to downtown restaurants and entertainment, as well as the Thruway. Cohen can even walk to work.

“They kept a lot of the old architecture, but modernized it, as well,” Caldwell said. “It has a rustic chic look, which I fell in love with right away.”

Many of the buildings that were prime candidates for renovation have already been tackled, so developers are starting to look to buildings on the near East Side – along Genesee Street, Broadway and Michigan Street – as well as on the West Side, along Niagara Street and Busti Avenue.

Mayor Byron W. Brown has set a goal of 2,000 new apartments in downtown by 2018 to handle the growth of the Buffalo Niagara Medical Campus and other businesses, as well surging demand for urban living. A survey of projects that have been completed, are under construction or have been announced in the city’s central business district and nearby areas shows developers are meeting that goal.

Here are some highlights among the new inventory.

Hydraulics Lofts / 500 Seneca St.
• Savarino Companies and Frontier Group of Companies
• 97 apartments
• Project cost: $38 million
• Monthly rent: $815 to $2,000
The historic rehabilitation of the former F.N. Burt manufacturing facility, built in 1901, created 110 apartments and office space. The building features a three-story atrium with a skylight, a courtyard, a restaurant, cafeteria, fitness center, spa and salon. A bicycle storage and repair facility is also included, as well as tenant storage, parking, meeting space and a pet day care. The $38 million development cost is for the entire building. 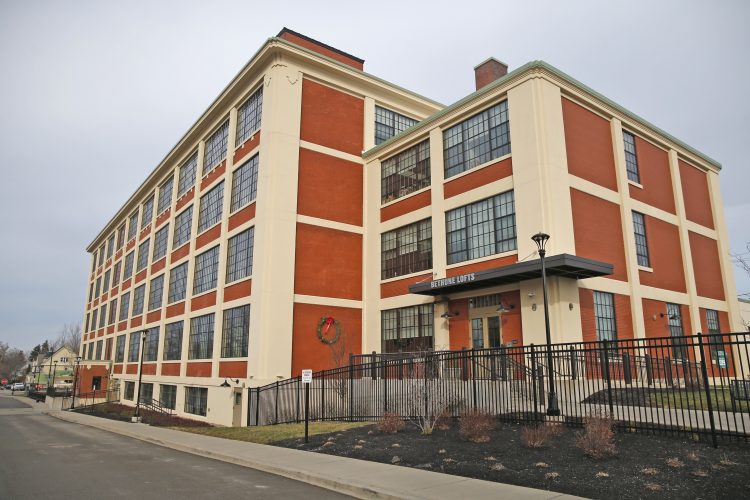 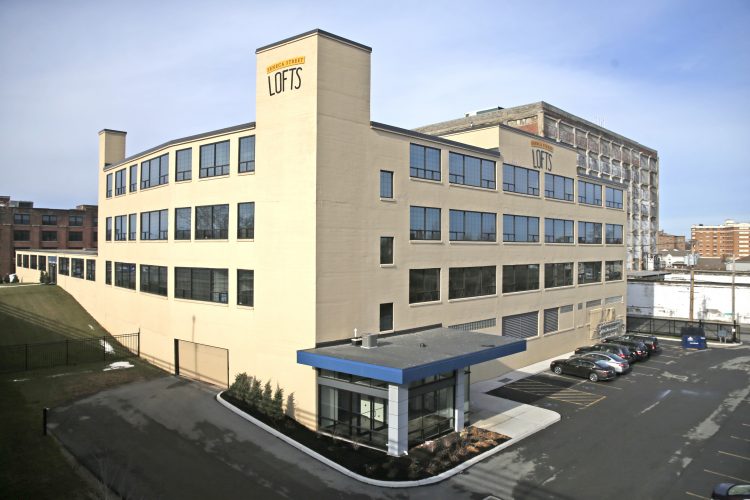 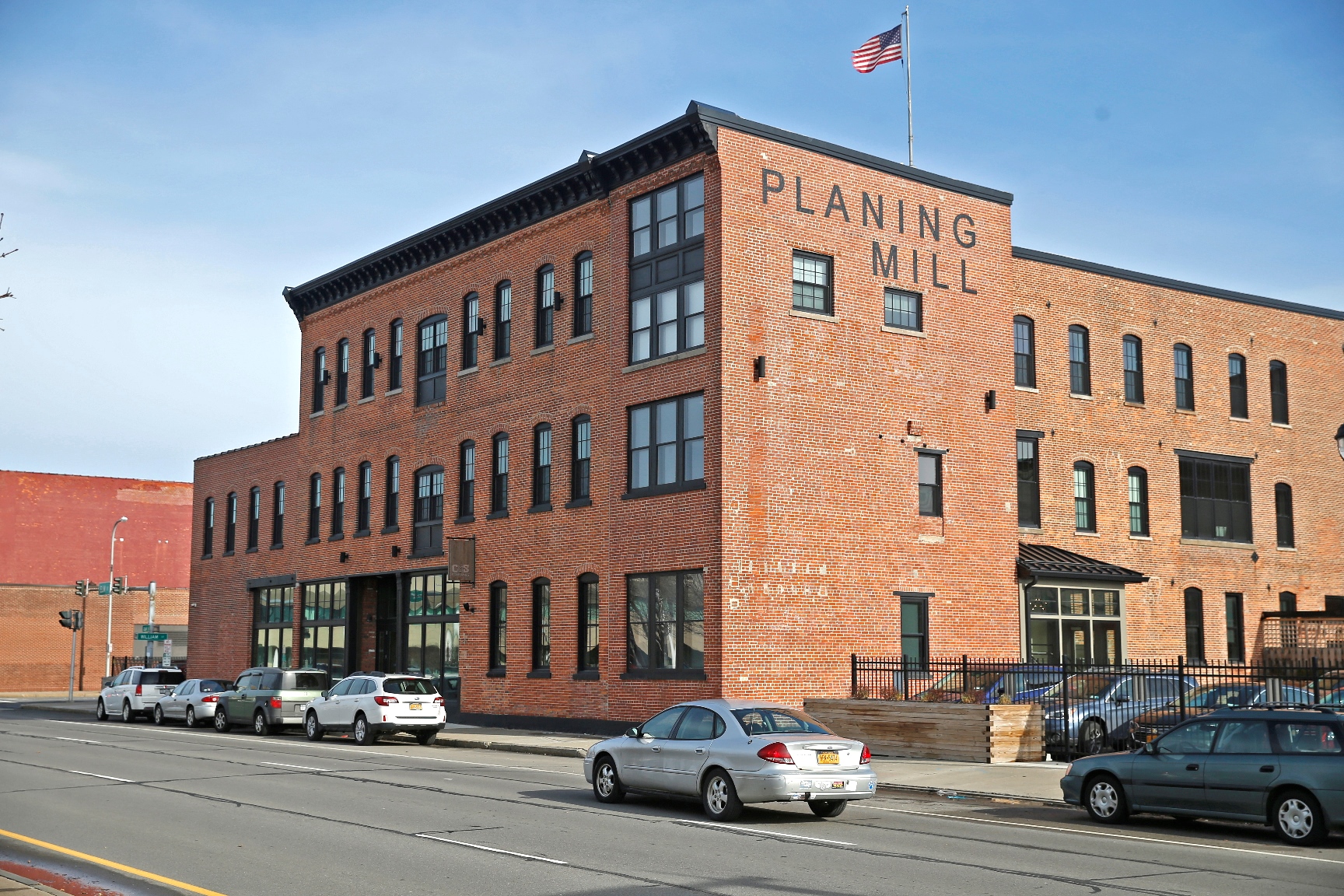 Bosche Lofts / 918 Main St.
• Greenleaf Development
• 23 apartments
• Project cost: $6.4 million
• Monthly rent: $1,400-$2,600
Greenleaf Development and the City of Buffalo worked to stabilize the historic but dilapidated buildings at 916 and 918 Main, eventually combining and redeveloping them to create 23 market-rate, loft-style one- and two-bedroom apartments with high-end finishes. The building includes 2,000 square feet of first-floor commercial space, plus a rooftop deck and parking.