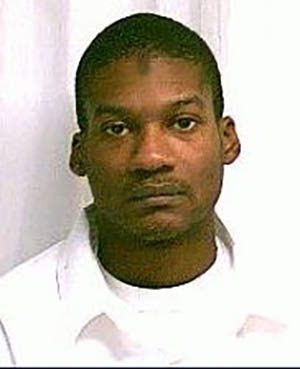 Lutchman, a resident of Rochester, admitted conspiring with Abu Issa Al-Amriki, a now-deceased member of ISIS in Syria, to plan an attack in Rochester using knives and a machete on New Year's Eve a year ago.

Central to the government’s prosecution of Lutchman was the allegation that he had contact with a member of ISIS in Syria and asked for advice on how to join the organization.

The FBI, in its original complaint, claimed the “overseas individual” identified himself as a member of ISIS. Agents also contend that the contact encouraged Lutchman to prove himself by killing Americans here.

“That individual is now deceased, but, while living, he acted essentially as a terror trainer to Emanuel Lutchman and others," said Acting U.S. Attorney James P. Kennedy. "Together the two discussed the defendant’s plan to conduct a murderous attack within the City of Rochester essentially as a means of establishing his value as a future terrorist for ISIL in Syria."

In his plea deal, Lutchman admitted he and Al-Amriki discussed potential targets in Rochester, and that Al-Amriki suggested he look for well populated areas so a large number of people could be killed.

Lutchman, in his plea agreement, said he and another individual went to a store in Rochester and bought two black ski masks, two knives, a machete, zip-ties, duct tape, ammonia and latex gloves, and that Lutchman told the individual “the operation is a go.”

"Just over a year ago, we arrested Emanuel Lutchman," said Adam S. Cohen, special agent in charge of the FBI in Buffalo. "It was a good day for Rochester, and for people everywhere who would have felt the impact of Lutchman's violent acts."

Lutchman's conviction is the result of an investigation by the FBI’s Joint Terrorism Task Force in Rochester.