Here are some highlights from the Buffalo Evening News from Jan. 26, 1917:

* While the rest of the world was deep in the trenches of World War I, the United States wasn't involved yet. But Americans were still watching closely and the Buffalo Evening News published front page stories daily chronicling the war. A hundred years ago, it was Kaiser Wilhelm's birthday and a German war vessel attacked the coast of England.

* In a curious case in Buffalo, police were investigating the dying statement of a man who was shot in cold blood. Cologero Pierera, 27, of 81 Main St., died from a bullet wound to the stomach. The railroad detectives claimed they found six men, including Pierera, rifling through Lackawanna Railroad cars. The police say that when discovered, the men shot first, then police followed with gunfire. But Pierera, on his deathbed, told a different tale. He said he was walking alone near the cars when he heard someone yell. He believed he was about to be stood up, so he held his hands in the air and two men approached and shot him. The medical examiner called for an investigation.

* Another item tells the tragic tale of a woman that was shot by a man that she was "keeping company with." The man shot her, jumped through a window and tried to shoot himself, but the revolver wouldn't work. He then walked to the police station to turn himself in.

* Other tidbits include a proposal to add a fourth floor to County Hall – which was then both Erie County Hall and Buffalo City Hall – a new electric plant was approved for the village of Akron and several Western New Yorkers attended a reception with the governor in Albany. 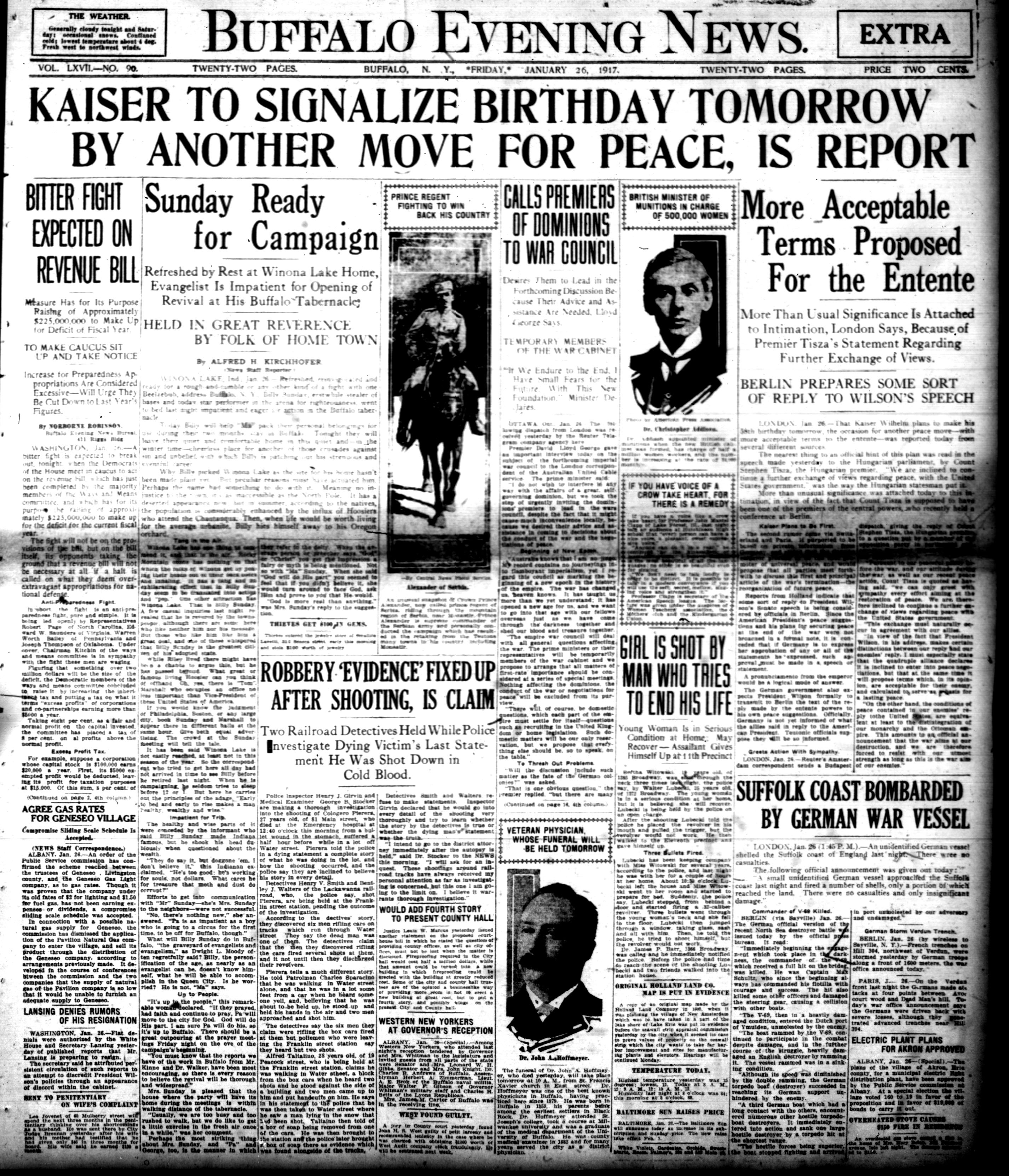