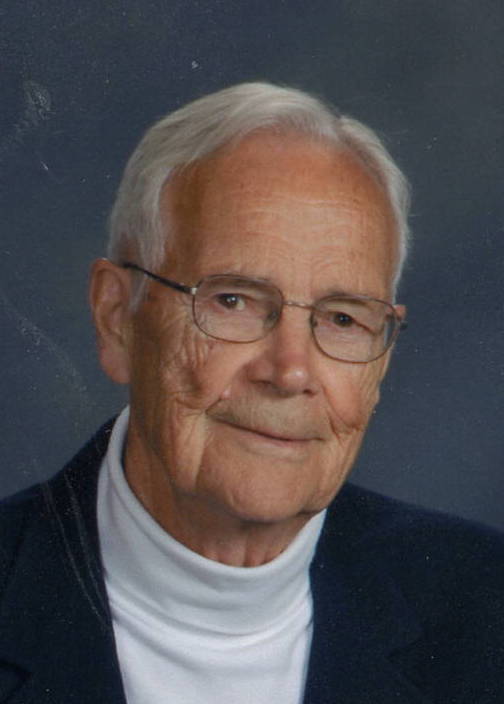 Gus Saarnijoki’s boundless love of the outdoors was reflected in his surname.

His grandfather, a Finnish patriot, had adopted it in preference to the Swedish name of his birth. “Saarni” means “ash tree,” the strongest tree in the forest. “Joki” is “river.”

Proud of his Finnish heritage, Mr. Saarnijoki was quick to coach new acquaintances on how to pronounce his name – “Sar-nee-o-kee.”

In the winter, he put on his cross-country skis as soon as the snow started falling. He often would ski south from his home in Hamburg, carving his own trails across woods, fields and brooks. He skied until he was 94.

He and his wife of 57 years, the former Christine Martin, began their life together hiking to the top of Mount Washington in New Hampshire and riding out a freak snowstorm overnight in a tent. He took many camping vacations in the hills of New England, the Maine seacoast, Canadian maritime provinces and the southern Appalachian Mountains.

He also was a gardener, installing fruit, vegetable and flower plants around his homes in Hamburg, Williamsville, Pittsford and Bedford, Va. He volunteered with the Friends of Olmsted Parks in Buffalo, helping restore gardens in South Park and Delaware Park.

In October, at age 96, he planted spring bulbs in his garden and along the paths in his retirement community.

“They were flowers he might never see, but he wanted others to enjoy them,” said his daughter, Gretchen, wife of former Buffalo News editorial cartoonist Tom Toles. She formerly chaired the board of Buffalo Friends of Olmsted Park.

Mr. Saarnijoki died Nov. 17 in Cockeysville, Md., where he had lived since 2015. His family said the cause was complications from pulmonary disease and cancer.

After graduation, he worked briefly for a steel company in Pittsburgh, then enlisted in the Navy. He was sent to officer candidate school at Cornell University, attained the rank of lieutenant and served aboard the destroyer USS Macomb in the Atlantic and the Mediterranean, then in the Pacific through the end of World War II.

Mr. Saarnijoki was wounded in a kamikaze attack off Okinawa and was awarded the Purple Heart.

He came to Buffalo in 1946 to work as a control chemist for the National Aniline Division of Allied Chemical, later Buffalo Color Corp. When he retired in 1985, he was plant manager for operations.

He served on the boards of the Camp Fire Girls of Buffalo and Erie County and the Unitarian Universalist Church of Hamburg.

Upon retirement, he and his wife moved to Bedford, Va., where they built their dream home on a mountain overlooking the Blue Ridge Mountains. There he was a member of the Bedford County Board of Supervisors from 1988 to 1996 and served as its chairman.

His wife died in 2000, a year after they returned to live in Williamsville. He was remarried in 2001 to the former Mildred Carlson. She died in 2015.

An accomplished carpenter, he was a dedicated volunteer for Habitat for Humanity in Buffalo. He was given Habitat’s Distinguished Service Award in 2006.

A private memorial service was held Nov. 26 in Cockeysville, Md.