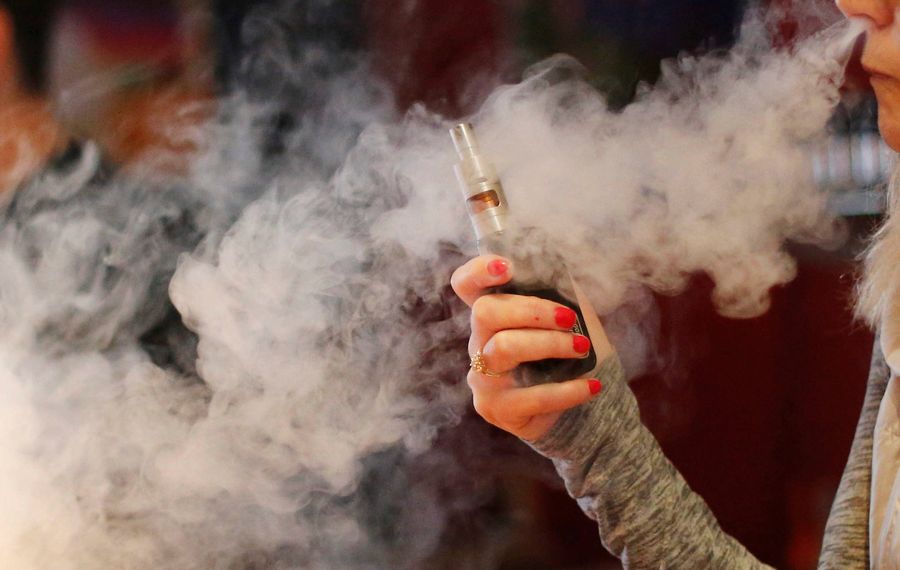 Despite a decline in cigarette smoking over the years, tobacco remains a health risk for many people, with nearly 28 percent of adults regularly using one or more of an assortment of products, according to results of a major national study led by Roswell Park Cancer Institute.

The study, published in the New England Journal of Medicine, is collecting information from 46,000 tobacco and non-tobacco users in 150 randomly selected counties in the United States to better understand how they are using the products.

The statistical analysis provides a baseline for examining trends as individuals are followed over time.

And, one finding so far sticks out as surprising: that so many people -- 40 percent overall in the study -- use at least two tobacco products. The most common combinations included cigarettes with e-cigarettes, cigarillos or a hookah.

For cigarettes and e-cigarettes, especially, it's not clear whether the data is offering good or bad news.

"Maybe e-cigarettes serve as a stepping stone to get off cigarettes, or maybe it's the other way around. It's not clear. We hope to see these sorts of trends to inform regulatory decisions about tobacco products," said Andrew Hyland, chairman of the Roswell Park Department of Health Behavior and principal investigator.

The Population Assessment of Tobacco and Health study arose out of 2009 legislation giving the Food and Drug Administration new authority to regulate the manufacturing, marketing and sale of tobacco.

"Twenty-five years ago tobacco use was largely about cigarettes -- brands like Marlboros and Camels. Today's market is far more diverse," said Hyland.

Public health officials study tobacco use in other ways, such as surveys, and other results on prevalence of cigarette smoking are fairly similar to those in this study.

But this $17.7 million initiative is different because it will track tobacco use and changes in a broad range of individuals for years -- similar to past long-term studies on heart disease and women's health issues that report interesting findings as they go on.

Among some of the findings so far: about 9 percent of youths ages 12 to 17 reported using a tobacco product in the 30 days before being asked; and tobacco use is generally higher in younger adults, men, racial minorities and those with lower education levels and income.

Tobacco use remains a significant health concern, and is considered the leading preventable cause of disease, disability, and death in the country.

Cigarette smoking alone results in more than 480,000 premature deaths in the United States each year -- about 1 in every 5 deaths -- according to the Centers for Disease Control and Prevention.

“The study documents that tobacco use is about much more than just cigarettes. Both youth and adults use a remarkably broad variety of tobacco products," said study co-author Dr. Wilson M. Compton, deputy director of the National Institute on Drug Abuse, in a statement.

The study is funded by the FDA and National Institutes of Health. The objective is to provide information to support tobacco regulations, including why people start using products, how they quit and relapse, and what differences exist among racial, ethnic, gender and age groups.