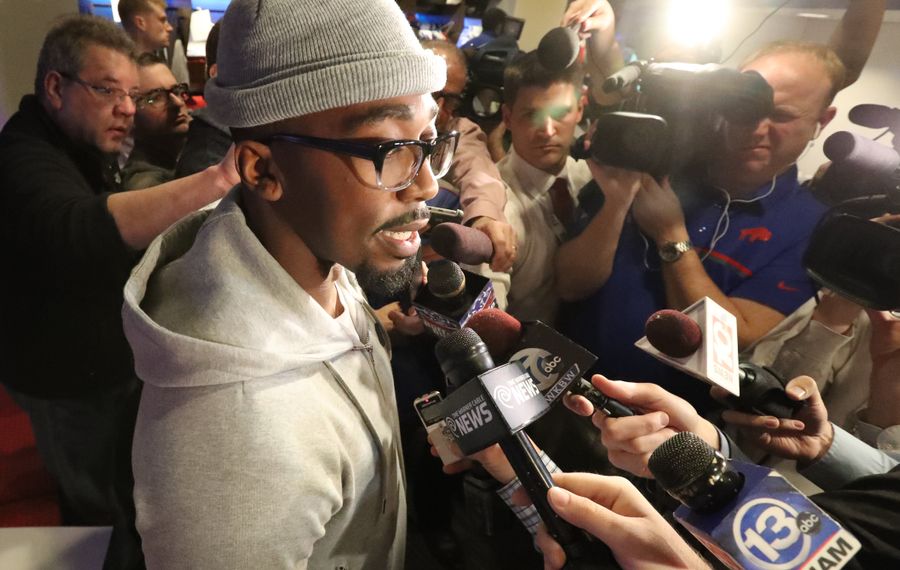 MOBILE, Ala. -- When it comes to quarterbacks, the Buffalo Bills, at least publicly, are being non-committal.

General Manager Doug Whaley and new coach Sean McDermott have said no decision has been made on whether to retain Tyrod Taylor.

It would make sense that whatever the Bills choose to do would impact whether they select a quarterback in the NFL Draft. Some draft analysts, such as ESPN's Mel Kiper Jr., are already projecting the Bills will use the 10th overall pick on Clemson QB Deshaun Watson.

But Whaley isn't giving any indication as to the Bills' intentions in that regard, either, beyond saying they'll do a thorough job of studying the quarterback class.

"You look at it this way, I mean, right now, we have three guys under contract," he said of Taylor, EJ Manuel, and Cardale Jones. "We'll probably go to camp with three, maybe four. So, no matter what happens, we're going to do our due diligence on every quarterback in the draft, just like we're going to do on every position.

"Because if you see a guy that fits the value and it's right there and whatever pick we decide that value is worthy, we're going to go for it."