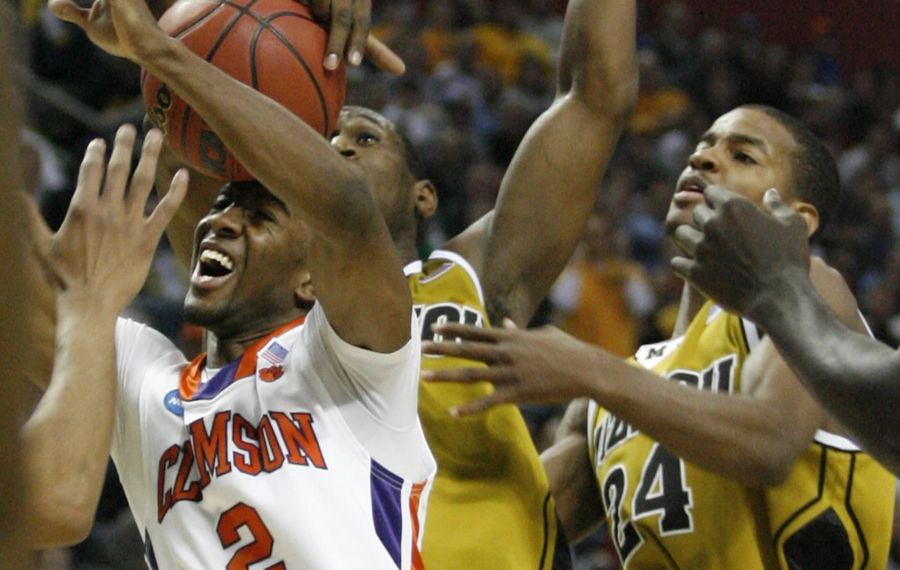 When Clemson had the basketball Friday afternoon, it was often flying all over HSBC Arena.

In the first half, that was usually a good thing as the Atlantic Coast Conference squad hit eight of its first 10 three-pointers and built an early nine-point lead. But in the final analysis, it was a fatal flaw.

Clemson committed 20 turnovers, Missouri turned them into 20 points and Mizzou pulled away for an 86-78 victory before an afternoon session crowd of 18,653 in HSBC Arena.

This tiger tale, featuring two teams nicknamed "Tigers," was an entertaining affair played at the breakneck pace that was advertised all week. There were 11 ties and 11 lead changes.

Missouri, a No. 10 seed that was an Elite Eight team last season, improved to 23-10 and earned a Sunday matchup with No. 2 West Virginia. Clemson (21-11) became a first-round loser for the third straight year.

"The game was tied at the half [39-39] but I thought we had the rhythm going the way we wanted it to," Missouri coach Mike Anderson said. "In the second half, we really came out and turned up the intensity."

Anderson is a disciple of former Arkansas coach Nolan Richardson, the godfather of "40 Minutes of Hell." It's a pressing, attacking style that's virtually impossible to replicate in practice.

Missouri worked it to perfection with 15 steals in the game accounting for most of the Clemson turnovers. At the other end, Mizzou shared the ball beautifully with 21 assists on its 30 field goals and just nine turnovers.

Clemson likes to press too but was unable to impose its will on the game that much.

"Coach Anderson said this would be an up-and-down game," Mizzou guard J.T. Tiller said. "And it felt a lot like practice because we don't have guys in our league pressing us that much. So it was a welcome sight to see a team wanting to speed us up."

"We just weren't strong enough with the ball," said Clemson guard Andre Young, who came off the bench to can 19 points, including five three-pointers. "They converted those turnovers into points, easy points that we couldn't defend."

Guard Kim English led Missouri with 20 points, including back-to-back three-pointers that erased a 50-47 deficit and constituted most of a seven-point run that put Mizzou ahead for keeps, 54-50.
Missouri eventually stretched that outburst to 18-5 and led, 65-55, on a Tiller layup with 7:50 left.

Clemson tried to claw back into the game and did get as close as 82-78 on a trey by guard Demontez Stitt (team-high 21 points) with 41 seconds left. But Mizzou put the game away on a dunk and two free throws from forward Keith Ramsey.

Ramsey had a career-high 20 points on 8-of-11 shooting and also collected eight rebounds, four assists and three steals without committing a turnover in 34 minutes.

"He was like a point forward today," Anderson said. "You look at his stat line, it was unbelievable."

"Keith really put his stamp on the game," Tiller said. "Really every minute that he played. Just being able to guard one of the best players in the ACC and hold him to 11 points, that says something about his effort."

"I was quite frankly disappointed that we didn't get Trevor on the line a little bit more because maybe we weren't aggressive enough in there," Clemson coach Oliver Purnell said. "But Missouri made their runs in the second half by knocking down some three-point shots, some big shots.