In 2011, the Albright-Knox Art Gallery blacked out the windows of its expansive sculpture court to make the space as dark as a movie theater. At the western side of the space, three video screens showed vibrant images of boats bobbing in the harbor of Palermo, in Sicily.

The 2007 piece, called "Western Union: Small Boats" and now in the Albright-Knox collection, was the third in a trilogy of complex narratives by the British artist Isaac Julien. It explored two things at once: the story of Luchino Visconti's epic 1963 film "The Leopard" and the influx of migrants from Africa into Europe via ports like the one in Palermo.

Julien, an accomplished documentarian and visual artist now serving as a visiting professor at the University at Buffalo, will speak about the complexities and dualities of his work at 6:30 p.m. Jan. 26 in the Albright-Knox auditorium (1285 Elmwood Ave.). 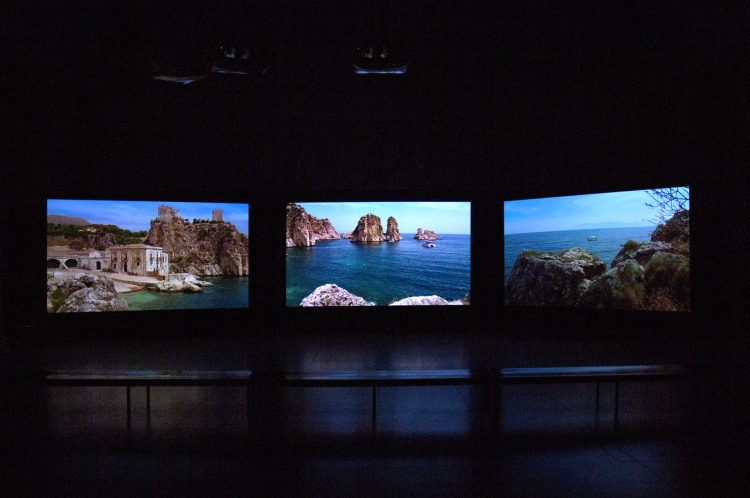 In the talk, according to the Albright-Knox website, Julien will discuss his efforts to fuse the languages and techniques of filmmaking with other art forms "to create a unique poetic visual language and topography in audio-visual film installations." He'll also discuss how images migrate from one medium to another, such as from traditional documentary filmmaking to museums and galleries.

The talk is free, and gallerygoers should note that the Albright-Knox remains open on Thursday nights through Feb. 16 as part of its exhibition "Picasso: The Artist and His Models." Call 882-8700 or visit albrightknox.org.