Captain Kirk is beaming into Buffalo.

Actor William Shatner, who played Captain Kirk on the original "Star Trek" series and in multiple movies, will attend the second annual Dave & Adam's Nickel City Con, being held May 19 to 21 in the Buffalo Niagara Convention Center.

Shatner will appear for one day only, May 20, and will sign autographs, meet fans and participate in a question-and-answer session. 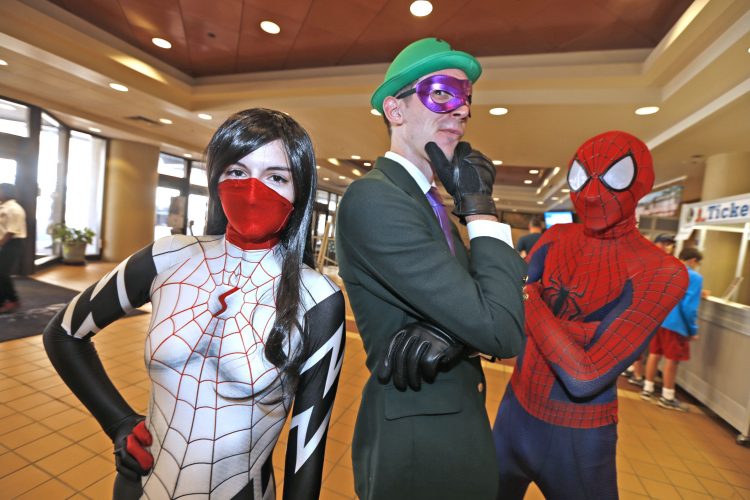 There were plenty of costumes seen at the first Nickel City Con held in August 2016. From left are Kate Knadle dressed as Silk, Alex Schmitt as the Riddler, and Cory Knadle as Spiderman, (Robert Kirkham/Buffalo News file photo)

The three-day convention will feature plenty of comics, video-game tournaments, virtual reality gaming, cosplay contests, sci-fi speed dating, vendors and a visit from Megatron. You can also get your photo taken with the captain's seat from "Star Trek" and the photo booth from "Dr. Who."