Hot soup is a mainstay on area restaurant menus on cold winter days.

But it even sells on steamy summer days, according to Michele Ebeling, who is one of the owners of Danny's Restaurant, which has locations in Cheektowaga (3715 Genesee St.) and Orchard Park (Danny's South, 4300 Abbott Road). Her husband, his siblings and their parents have all run the two restaurants since the 1990s.

These days, the main focus is on soup as the family gears up for the annual Buffalo Soup-Fest, which will be held from 11 a.m. to 6 p.m. Jan. 28 at the Buffalo Niagara Convention Center (153 Franklin St.). 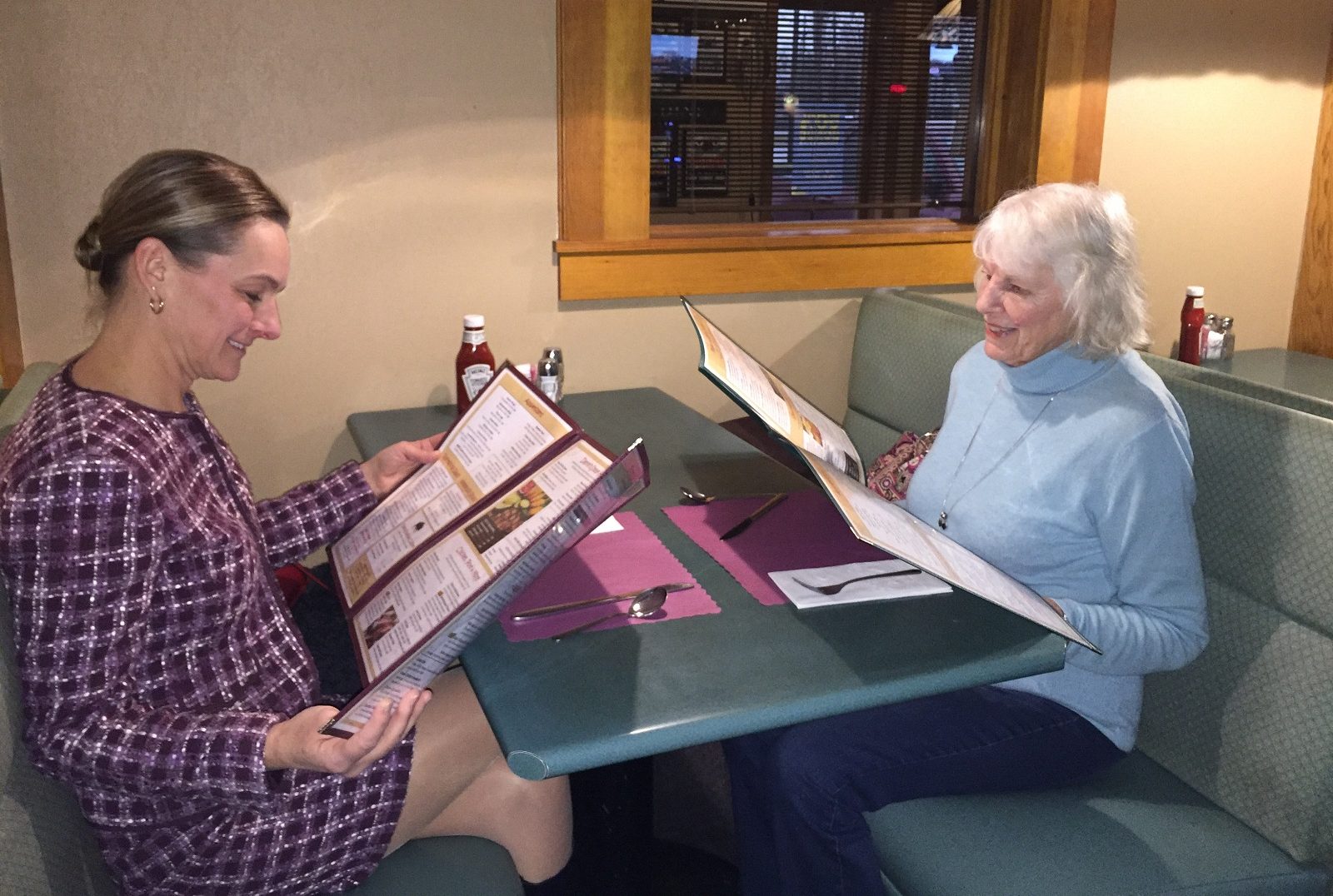 Faith Bayne and her grandmother Barbara Halstead, look over the many menu choices at Danny's restaurant. (Elizabeth Carey/Special to The News)

Question: Is Danny's know for its soup?

Michele Ebeling: It is - we have a soup bar so people can have as much as they want. We have four different soups everyday. We make taco bean soup, a pizza soup, lasagna soup, pizza soup supreme, Reuben soup.

It's almost like you have to have an idea and turn it into a soup with fresh ingredients and it turns out good. Buffalo chicken wing soup took on a life of its own since it got started 15 or more years ago.

Q: You told me the recipe is top secret. How did you come up with it?

A: It was pretty much between our chef, Wendy, and the boys - my husband and his brothers. They all got together and created it. Spicy sausage soup used to be number one, then it got to the point where we had to have chicken wing soup everyday. We had to have it everyday to keep everyone happy. 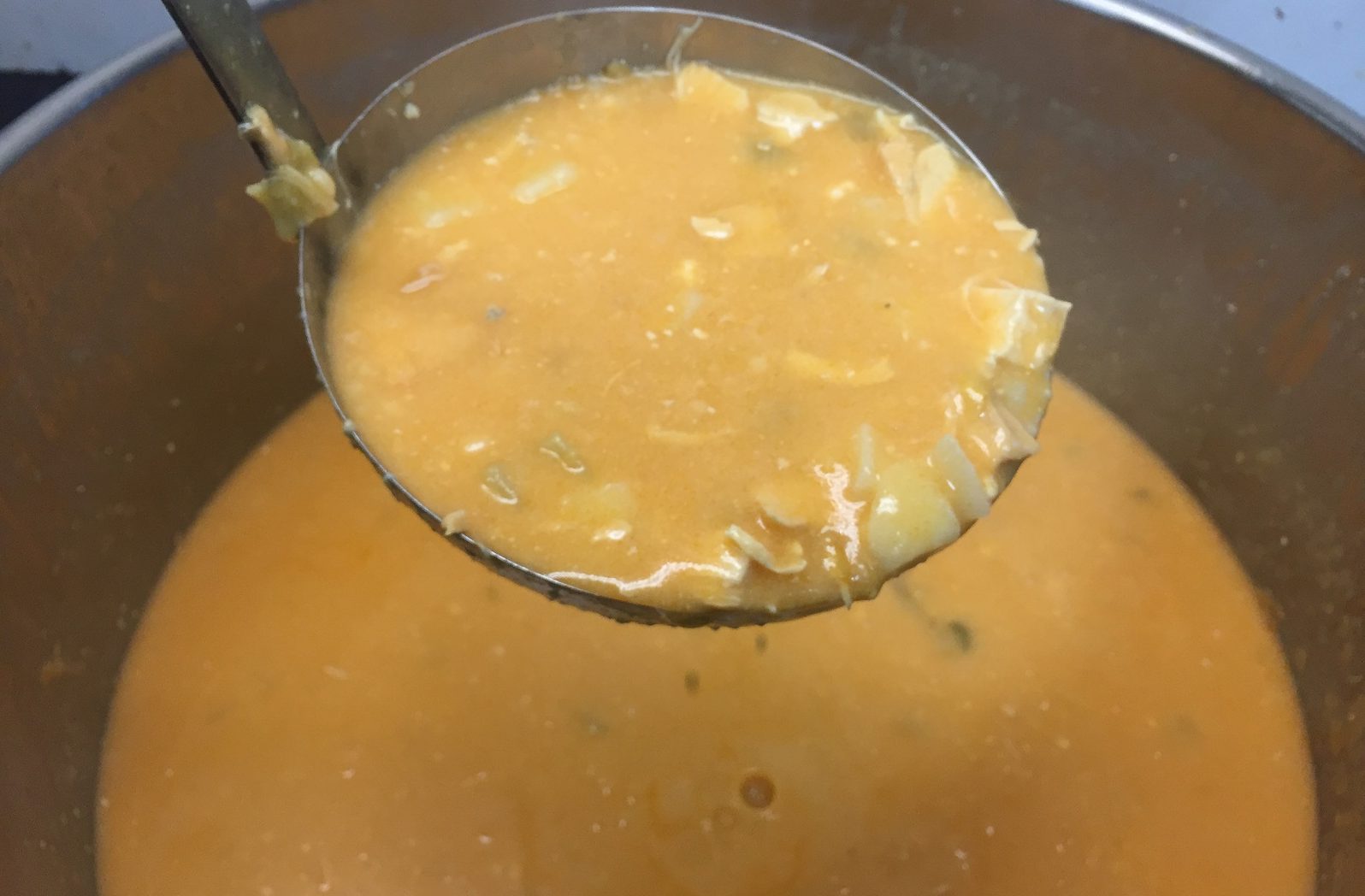 Danny's makes Buffalo chicken wing soup in 30 gallon batches to keep up with demand. That spoon holds one quart. (Elizabeth Carey/Special to The News)

Q: How much do you go through?

A: Hundreds of gallons a week of just the chicken wing. It's insane. Of course it's different at different times of year, but this location (Cheektowaga) sells 175 gallons a week. We make it at both locations. Between the two, we go through 385 gallons of soup (all varieties) per week.

Q: How are you getting ready for Soup-Fest?

A: This year we are taking five soups (chicken wing, beef on weck, taco bean, meatball gnocchi, special surprise soup). The beef on weck soup started about ten years ago. It's difficult to make. It has kummelweck dumplings - we have to make those homemade. There's a lot of work there.

If we gave Chef Wendy that to make everyday, she would kill me. It does well at Soup-Fest - we've won a few awards for that. It has all the components of a beef on weck and is served with a kummelweck crouton, along with the dumpling. 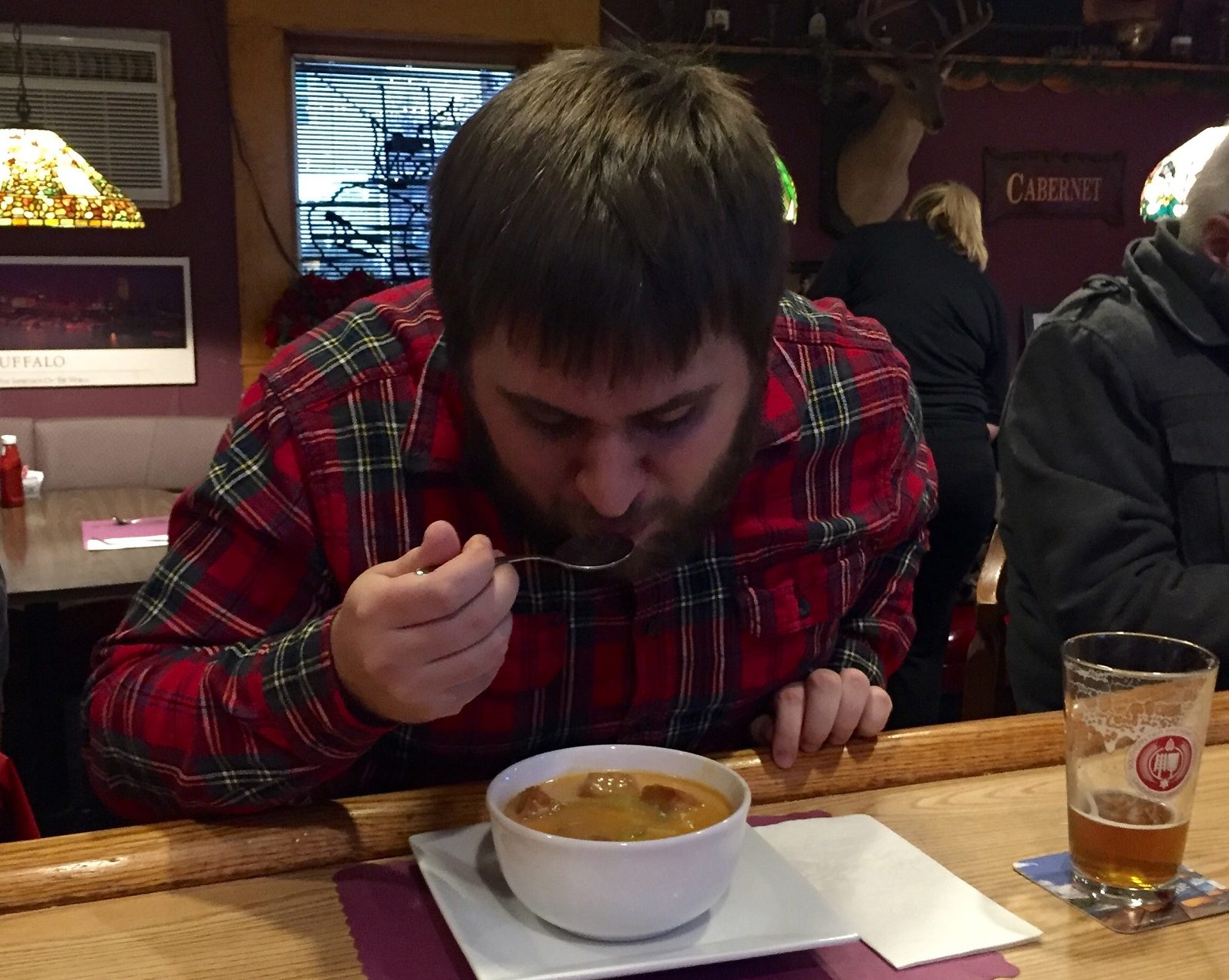 Dan O'Donnell dives into a bowl of hot soup on a cold winter day at Danny's in Cheektowaga. (Elizabeth Carey/Special to The News)

Q: Can you tell us what this year's surprise soup is?

A: It's not a really big surprise, but it will be chicken noodle soup, but the noodles are going to be for the Super Bowl. They will be little footballs and helmets like the "souper bowl" for kids. It's not for an award or anything. You'll come up with crazy kinds of soup and the kids come up a lot of times looking for soup. We were going to do a mac and cheese and hot dog soup, but we're still working on that.

Q: Do you sell a lot more soup in the winter than the summer?

Q: Is soup a big draw for your customers?

A: Yes. We have thought about getting it out there. Customers will ask, 'Can I get it in a supermarket? Can I ship it across the country?' Being near the airport, we get customers from other states. They want soup to go with them. A lot of them take it with them on the airplane or they ask us to ship it to them. The companies we've gone to can't make it taste the way we do. Maybe it's the preservatives they add. 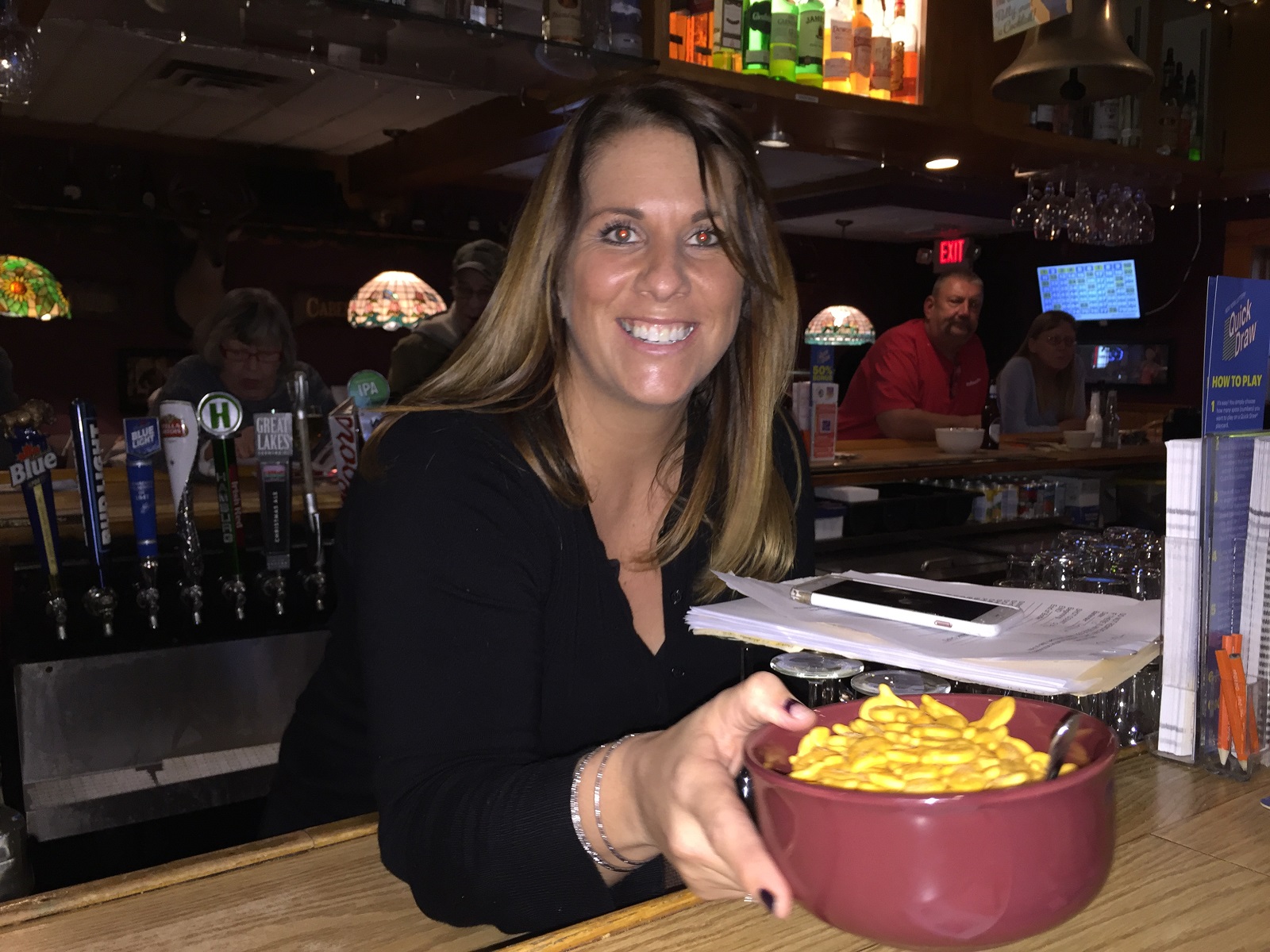 To go along with the soup theme, bartender Ashley Ebeling serves goldfish crackers at the bar at Danny's restaurant in Cheektowaga. (Elizabeth Carey/Special to The News)

Q: How far away have you shipped it?

Q: How do customers get the soup through airport security?

A: Who knows. Maybe they check their bags. The majority of long distance people will come in and we freeze it for them or sell it cold. We pack it up for them. We have repeat customers and a lot of people here on business who stay in hotels and say, "I have to take some home for my wife."

It's funny when my husband and I travel. He wears a Danny's shirt and people will know us in airports or on the plane. They'll say, "You have the chicken wing soup!" That's pretty cool.