Combining all three, the 26-year-old graphic designer from Kenmore has produced a new book of aerial photographs that celebrates Buffalo's historic legacy. It's called "B is for ... Buffalo: An Aerial Alphabet" (Buffalo Heritage Press, $29.95/$19.95 56 pages), and is available at local bookstores and through www.buffaloheritage.com.

As a certified pilot of quadcopters, better known as drones, Hyzy presents his images from up high,  offering new ways to experience familiar sights such as the Albright-Knox, the International Railway Bridge, Niagara Square, the Liberty Building, Old County Hall, Silo City and the USS Little Rock.

Hyzy is a St. Joseph's Collegiate Institute graduate who has a degree in digital media arts from Canisius College. 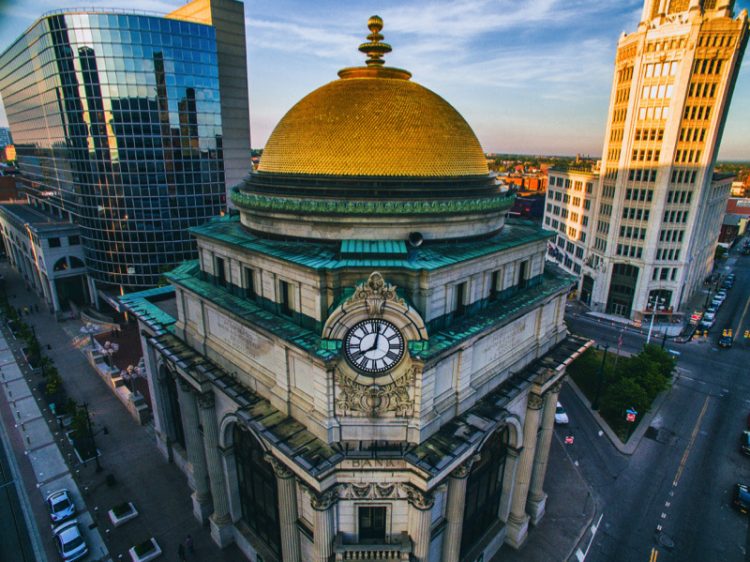 Q: You don't like using the word "drone" to describe what you fly.

A: "I think it has a lot of negative connotations. People tend to think of spying, or killing people in the Middle East. When people see me flying, they assume I'm doing something bad. But I will get a lot of people who are curious and will walk up to me and ask questions, and I like being able to change public opinion that way.

Q: Where did you develop a love of flying?

A: Pretty every much every weekend, from April through October, I would go to the airport with my dad. We'd go to a restaurant by the runaway called the Flying Tigers and watch planes take off and land, and it was always fascinating to me. I only learned years later that my dad actually had a fear of flying, and that going to the airport cured his fear because he saw it was safe.

He also saw I had a love for flying at an early age, and really wanted to nurture that.

Q: When did you get the idea of using drones for photography?

A: I had seen a couple of people post videos and photos on Facebook. One that really stuck out to me was someone flying over Niagara Falls. It was the first time I ever saw something like that, and I immediately thought I wanted to do it, too. 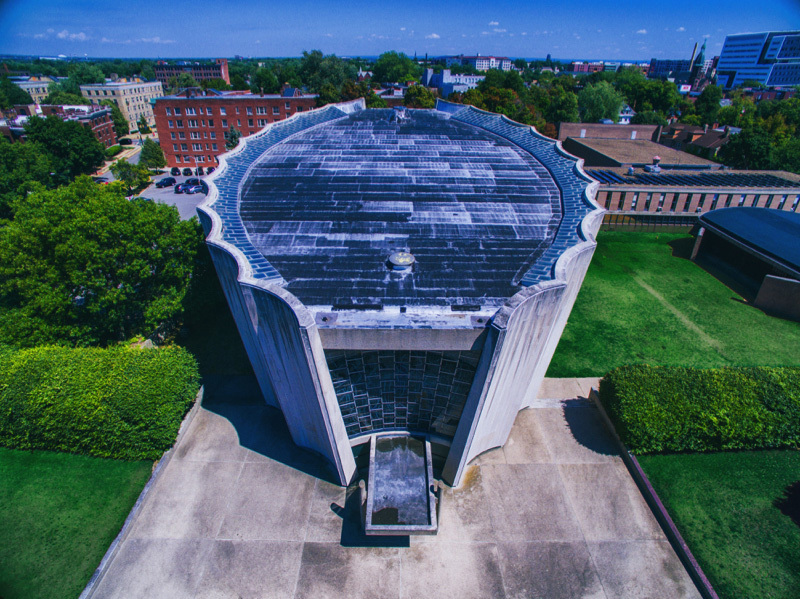 Q: How are photographs taken with a drone?

A: The drone beams a wi-fi signal between the camera on the drone and my phone. I can see what the drone is seeing pretty much in real time, and accurately set up shots. FAA regulations allow them to fly 400 feet. It's actually  not as difficult as people might think. The system I have includes a camera, camera stabllization and GPS, so there's basically an on-board computer that uses the GPS to do a lot of the hard parts of flying.

My responsibility as a pilot is to tell it where it to go, but not how to keep it in the air because the drone does that itself. I can take my hands off the controls and it will hover in place, so that makes it easy to fly.

Q: Was it hard to come up with something for some of the letters of the alphabet?

A: There are so many things I could have photographed that begin with C and D, but only one or two for I, X and Z. There was next to nothing in the city that starts with an X. I had St. Francis Xavier Church in mind from the outset of the project, but I wanted to see if I could top it and I'm glad I couldn't. I love that photo, and had no idea it wasn't a church anymore, and was being used as a place to collect religious artifacts. Someone suggested I use the International Railway Bridge, and when I went to I thought, 'that's perfect.'

Everyone assumed I would do the zoo with Z, but I picked Temple Beth Zion. I thought it would be unexpected, and it's shown in a new perspective.

The ones with multiple choices were the ones I thought would look best from the air. I wanted even local people to read the book and say they didn't know something about the Albright-Knox or the Electric Tower. 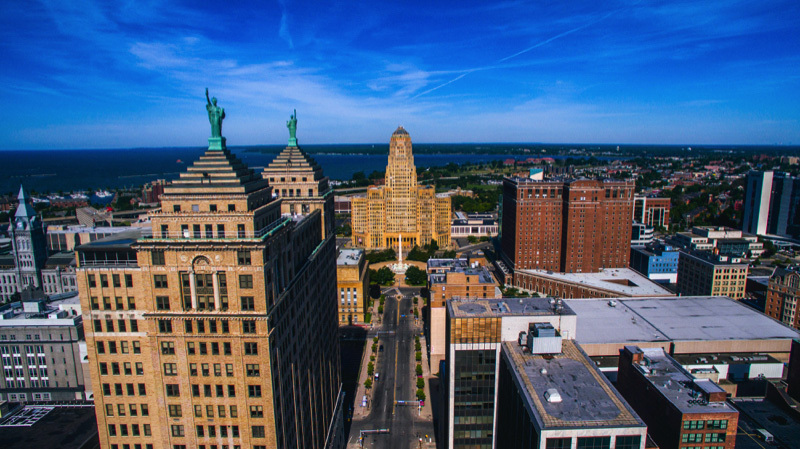 Q: Do you have a favorite photograph?

A: I love the City Hall spread. I also really love the photos of the Buffalo Savings Bank, the Goldome Building. And I really like the one of old County Hall, and the close-up of the tower at dusk. The Guaranty is another one. A lot of the detail you don't normally see because it's so high up.

Q: Do you have a favorite building?

A: My favorite is the Darwin Martin House. That was what really kicked off my love for architecture. I became enamored with Frank Lloyd Wright and his style at a young age, and had a Lego version of Fallingwater. I'm excited to see the Martin House when it's finally restored to its former glory.

My favorite downtown building is the Liberty Building. I love the Neoclassicism.  It's just a really sleek, elegant building, and I love what the two statues of liberty stand for. I found it's impossible to take a bad photo of it.

Q: The short write-ups that accompany the photographs contain interesting historical details. Clearly, you wanted to give readers more than just pictures.

A: It's been exciting as people are seeing Buffalo in a new way to provide a new way to see Buffalo. It's my way of shedding a light on these wonderful architectural wonders, and showcasing them to people who might not have given Buffalo a second look before.

The response  has been nothing short of overwhelming. The book went into stores on Black Friday, and sales are about to surpass 1,000 units sold. Even in my wildest dreams, I wouldn't have imagined it would be this popular.