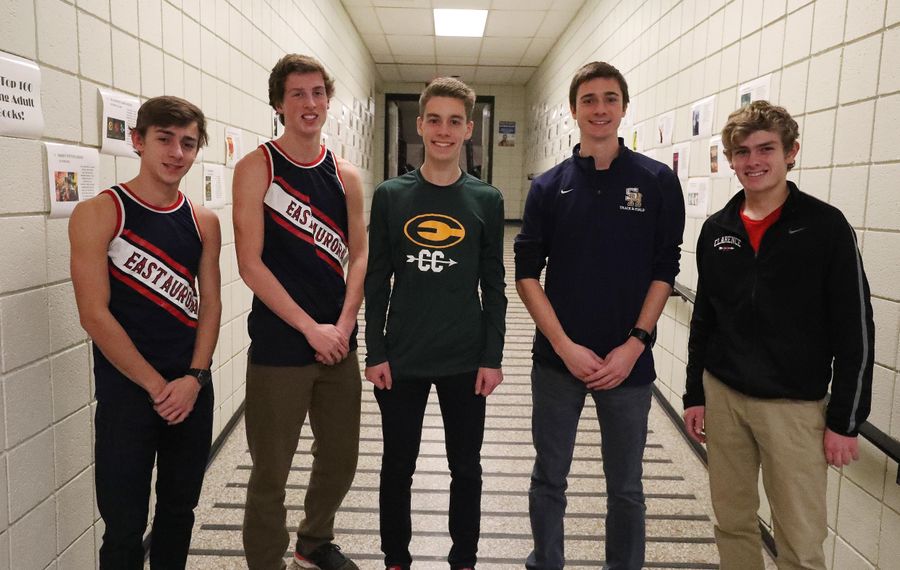 Ryan Buzby, Grand Island 11 Ran the 5-kilometer distance in 16:17 this season. Ryan swims in the winter and runs track in the spring.

Grey Conover, Clarence 10 Finished first in the Clarence Fall Classic, the ECIC Division I title race, and the Sectional championships.

Connor Doran, Lockport 12 A six-year starter on the Lions’ varsity. The 2015 champion, Connor has two Section VI titles in track.

Chris Nowak, Sweet Home 12 He was a four-year starter for the Panthers, and won the ECIC championship. Chris has not picked a college yet.

Ian Russ, East Aurora 11 Has been a big part of three Section VI championships. Call the McQuaid Invitational his most memorable meet.

Ray Sambrotto, West Seneca East 10 Set a school record for 5-kilometers at 15:51. Ray is a two-time state qualifier, and was top 10th grader.