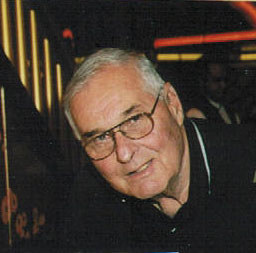 Whether he was pitching for Riverside High School or on the mound for Syracuse University, Thomas S. Hallett was a standout throughout the 1950s.

Good enough to sign with the Boston Red Sox, he would pitch seven years in the minor leagues and eventually go on to the Buffalo Baseball Hall of Fame.

Hallett, 81, died Thursday at his home in the Town of Tonawanda.

Born in Buffalo in 1935, he grew up in Riverside and later became a two-time All-High pitcher while leading his high school team to a Cornell Cup title in 1952.

He continued his success at Syracuse, where he earned a bachelor's degree while leading the team in pitching three consecutive years and becoming MVP his senior year.

After baseball and time in the U.S. Army, Hallett became a substitute teacher in the Buffalo public schools and, after years of night school, received a master's degree in education from the University at Buffalo.

He became a teacher in Buffalo in 1964 and taught or served as a guidance counselor for the next 32 years.

Hallett also coached baseball at Canisius High School and Canisius College and, in his spare time, enjoyed golf, bowling, hunting and fishing. He also was a member of the Catholic War Vets.

His survivors include his wife of 54 years, the former Jane Zepka, a son, David, a sister, Marian Plichinski and a grandson.

A funeral service for Hallett will be held at 5:45 p.m. Monday at James E. Grace Funeral Home, 335 Ontario St.