Plan to get outside, if you haven't already.

Sunday promises to be in the mid-50s and mostly dry, except for some brief showers in the early afternoon. Not since early November have the stars aligned so that Buffalo area residents could enjoy a weekend above 50 degrees without significant rain. And this is January.

By Monday, windy and rainy conditions return. And by this time next weekend, daytime highs will be 30 degrees colder, with lake-effect snow threatening to dump over the city.

Saturday opened up the weekend with a high of 60 degrees. That's well short of the 69-degree high set in 1909, but warm enough that people went running in shorts and tank tops, or took their kids out for a stroll after the early morning fog burned away. 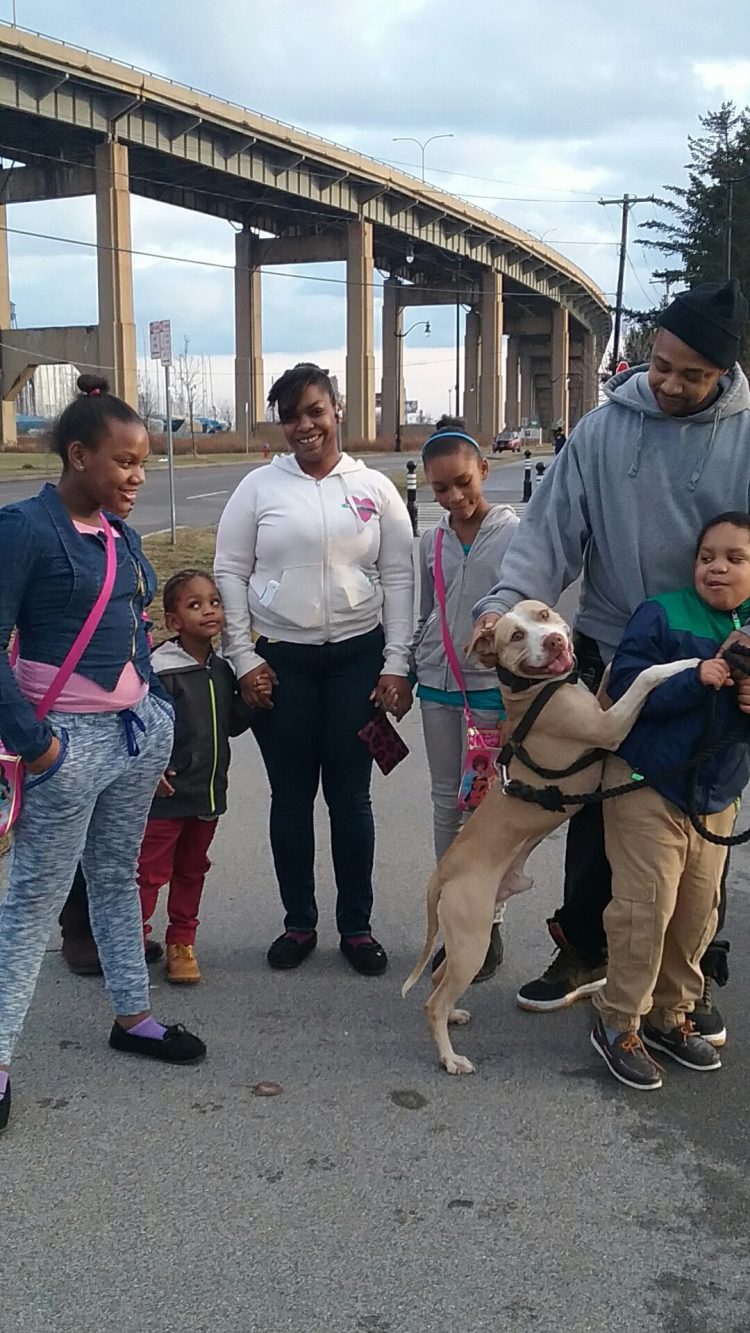 The Mack family enjoys a day out along the Outer Harbor in the warm weather Saturday.

Long lines formed outside the Buffalo Zoo early Saturday afternoon, startling staff who normally only keep one admissions window open during the winter months. And crowds of people flocked to outdoor recreation spots like the Outer Harbor and Canalside, where the ice skating rink was open, though wet.

Kensington-Bailey residents Fatima and Joshua Mack went for a three-mile walk with their five children and their dog, Mr. Ghost, along the Outer Harbor late Saturday afternoon. Though Joshua Mack has fished along the Outer Harbor for 30 years in all kinds of weather, Fatima said she was glad to have a reason to get out of the car. The entire family walked down to Wilkeson Pointe, then headed further south along the pedestrian path before turning back.

The two oldest children -- 11-year-old twins -- were in disagreement over whether the warm weather was wonderful or wimpy.

"I think it should snow," argued Janay.

Then they raced each other back to the car.

Though temperatures are not supposed to reach into the 50s again after Sunday, above average temperatures will continue through Thursday, Thomas said. That's due to a relatively flat jet stream that is allowing warm Pacific temperatures to create milder weather patterns across much of the country, he said.

Even so, Thomas said, there's a possibility that several inches of snow might hit the Southern Tier Monday night into Tuesday. Thursday night and into the weekend, forecasters are looking at the possibility of another lake-effect storm bringing snow to the region. Temperatures are also expected to drop down to the upper 20s and low 30s, which is more typical for this time of year.