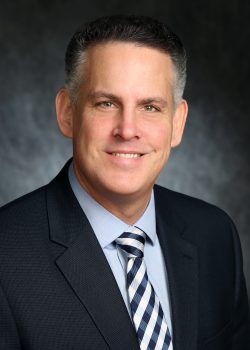 "Screenings are very important for early diagnosis, because there typically are no signs or symptoms of early cervical cancer,” says Dr. Mathew Bartels.

The number of diagnosed cases of cervical cancer in New York State has dropped nearly 40 percent since 1976, and deaths from the disease fell 50 percent during that same time period, according to research findings issued this month by Univera Healthcare.

Forty years ago, 1,300 women in New York were diagnosed with cervical cancer, and there were 500 deaths from the disease.

Last year, 800 women in the state were diagnosed with the disease, and there were 250 deaths – numbers that could go lower if testing rates go higher.

“The downward trend in cervical cancer diagnoses and deaths is a medical success story that is directly attributable to women getting regular Pap tests to spot precancerous cells before they turn into cancer, and to parents following the Centers for Disease Control and Prevention’s recommendation that girls and boys, starting at age 11, receive the human papillomavirus (HPV) vaccine,” Bartels said in a news release.

These are the screening recommendations for women:

Ages 30 to 65: Get a Pap test every three years, or have simultaneous Pap and HPV tests every five years.

Ages 65 and older: No Pap test required if recent Pap tests are normal.

The best way to prevent the occurrence of cervical cancer is to safeguard against HPV, a common, sexually transmitted virus. In addition to causing nearly all cases of cervical cancer, HPV also can lead to various other cancers among women and men. The HPV vaccine protects against these cancers.

The CDC recommends the vaccine be administered to girls and boys ages 11 or 12, although children as young as age 9 can be vaccinated. This recommendation is fully supported by Choosing Wisely, an initiative of the ABIM Foundation and Consumer Reports. Males and females who didn’t get the vaccine when they were younger may still be able to be vaccinated between the ages of 13 and 26.

Learn more about cervical cancer screenings and vaccinations by talking with your doctor.