"I was looking at the jury," Koyuki Nakahara told reporters. "I traveled 24,000 miles to hear that."

The jury deliberated 6 1/2 hours, mostly occupied by repetition of the judge's legal instructions and Nakahara's testimony, before returning a verdict against MacLeod, 45, of 30th Street in the Falls. He was found guilty of two counts of second-degree robbery, one of them a sexually motivated felony, and one count of first-degree sexual abuse.

A separate assault charge was dismissed at the prosecution's request. MacLeod could go to prison for as long as 22 years when he is sentenced March 24 by Judge Matthew J. Murphy III. MacLeod's $50,000 bail was revoked, and he was jailed to await sentencing. 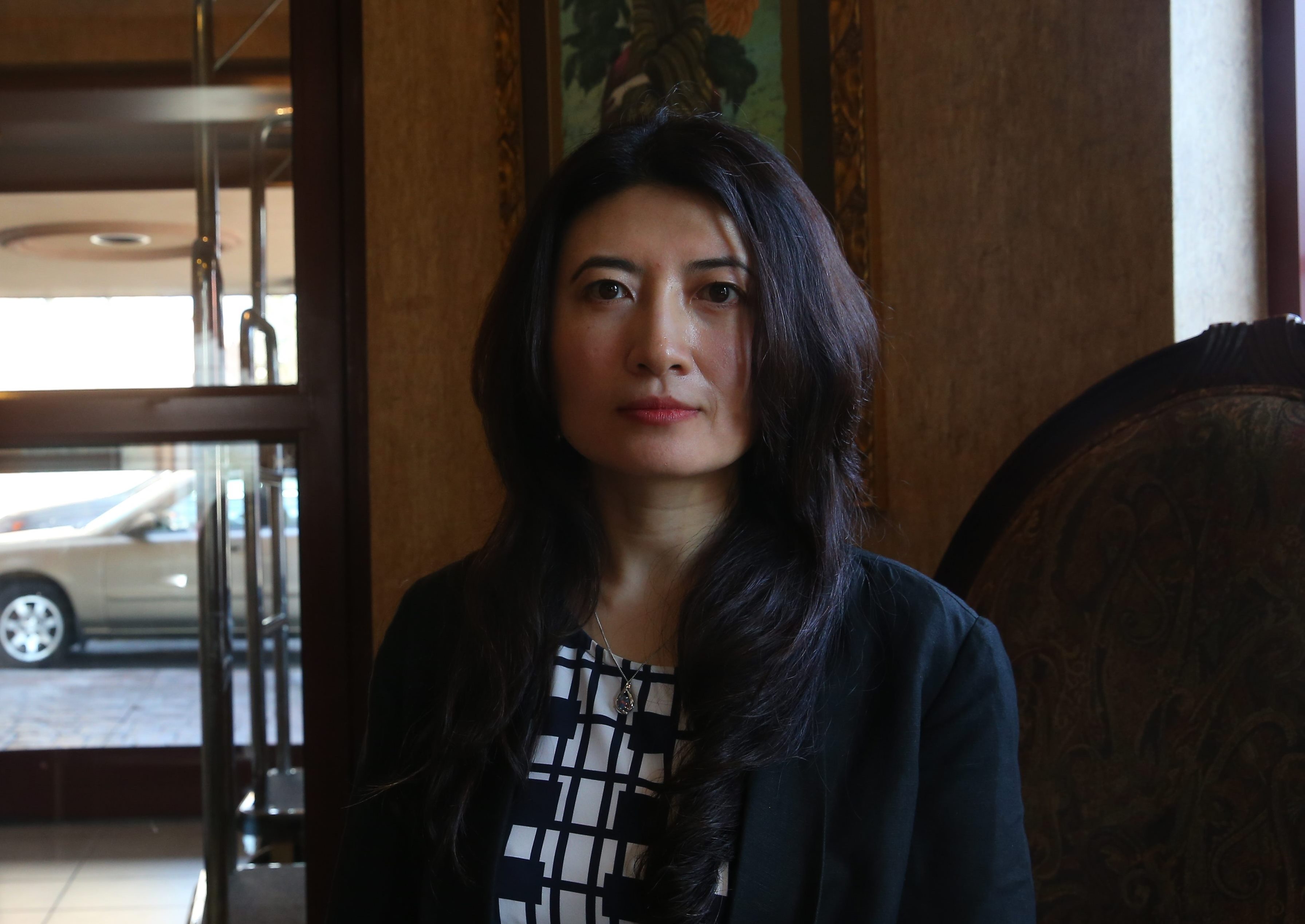 Koyuki Nakahara returned to Niagara Falls to testify against a man she said robbed and sexually assaulted her. (John Hickey/Buffalo News)

In Niagara Falls, tourism promoters had praised the county's willingness to spend an estimated $4,000 on travel and lodging for Nakahara to testify before a grand jury and then at the trial. Asian visitors are a major portion of the city's estimated 8 million annual visitors.

District Attorney Caroline A. Wojtaszek said, "Protecting all of Niagara County's communities was my vow when I became DA. This means the safety of the people of Niagara Falls, and our many, many visitors from around the world will always be a critical mission of this office."

Nakahara, of Tokyo, testified Tuesday that MacLeod was the man who knocked her to the ground, struck her repeatedly in the face and stole her purse and shoes near the Maid of the Mist building in Niagara Falls State Park on Christmas night 2015.

She said she had asked a man for help in finding the pedestrian walkway over the Rainbow Bridge so she could walk into Canada. Nakahara, who was spending one night in Niagara Falls with a bus tour of the northeastern U.S. set up for Asian tourists, wanted to view the Falls from the Canadian side. She said MacLeod had led her in a different direction, into the State Park.

In his summation Thursday, Assistant District Attorney Robert A. Zucco pointed at MacLeod as he told the jury, "Ms. Nakahara's unhesitating identification of that man as her attacker and 90 seconds of video are all you need to decide this case."

Wojtaszek praised Andrew Messer of the Maid of the Mist for providing the key surveillance videotape. Wojtaszek said Messer "came in the day after Christmas and did not stop reviewing video footage until he found what we needed."

The purse theft and assault were captured on the video, but the subsequent sexual incident was not. The video shows MacLeod, who admitted that he is the man on the tape, turning on the woman, knocking her to the concrete pavement and striking her several times before wrestling her purse away from her.

Assistant District Attorney Doreen M. Hoffmann, who prosecuted the case with Zucco, credited officers from the State Park Police and the Border Patrol, which provided more video from the Rainbow Bridge. "This was truly a collaborative effort," Hoffmann said.

Defense attorney Joseph J. Terranova, who declined comment on the verdict, contended that Nakahara had never identified MacLeod as the attacker until testifying at the trial.

"She gave a two-hour interview to The Buffalo News," Terranova told the jury, referring to an article published after the District Attorney's Office brought back from Japan to testify before the May grand jury.

"She was treated like a celebrity," Terranova told the trial jurors. "She Googled her name. She couldn't resist. She saw the articles and whose photos were there? Robert MacLeod."

Terranova said MacLeod's photos in The News "gave her an advantage she never had before."

On the tape, after Nakahara gets up, she seems to be stepping toward MacLeod, who was walking away. She testified she was begging for the return of her passport, without which she feared she couldn't get home to Japan. MacLeod then walks back to her and takes her by the arm out of camera range.

Nakahara testified that in a dark, wooded area, MacLeod removed her shoes, ordered her onto all fours, and had her rub her toes against his crotch.

MacLeod, who took the stand Wednesday, contended that he didn't think Nakahara was the woman he met in the park that night. He said that woman, whom he said might have been Chinese, struck him in the back out of camera range, and he said he turned on her in a "fight or flight" response, thinking she might have a weapon in her purse.

"There was one attack. There weren't two Asian women attacked in front of the Maid of the Mist," Zucco told the jury of eight men and four women.

MacLeod admitted in an interview with State Park Police, who picked him up Dec. 30, 2015, that he had struck the woman and took her purse. He offered to return the passport, which was found in the home he shared with his parents.

Both MacLeod and his mother Ellen MacLeod, however, testified they had never seen the passport before, even though the mother gave it to a police officer who came to her home. Ellen MacLeod said she didn't know what it was.

MacLeod was apprehended while driving a 2011 Kia Soul that police said appeared on a Rainbow Bridge surveillance video from Christmas night.

Nakahara's purse was never found. MacLeod testified that he threw it away from the scene and speculated that it fell into the Niagara River Gorge. The money Nakahara said was in the purse was never recovered. Her shoes were found two days after the attack, lying against a fence about 200 feet from the crime scene.

Nakahara said she was "a little worried" during the hours of deliberations, but she said, "It's a fair system."

She said her advice to crime victims would be, "Trust that there are more good people than bad people. ... Stand up for yourself."

All but 10 minutes of the jury deliberations occurred Friday. The jury received the case late Thursday afternoon, following a series of delays that included a juror becoming ill during summations and a mistake in Murphy's instructions to the jury, which needed to be corrected.

Almost as soon as they received the case, the jury asked to have the definitions of the crimes read to them again. Murphy did so three times, at one point telling the jury that he wished he could hand them the instructions in writing, but higher court rulings would not allow him to do so.