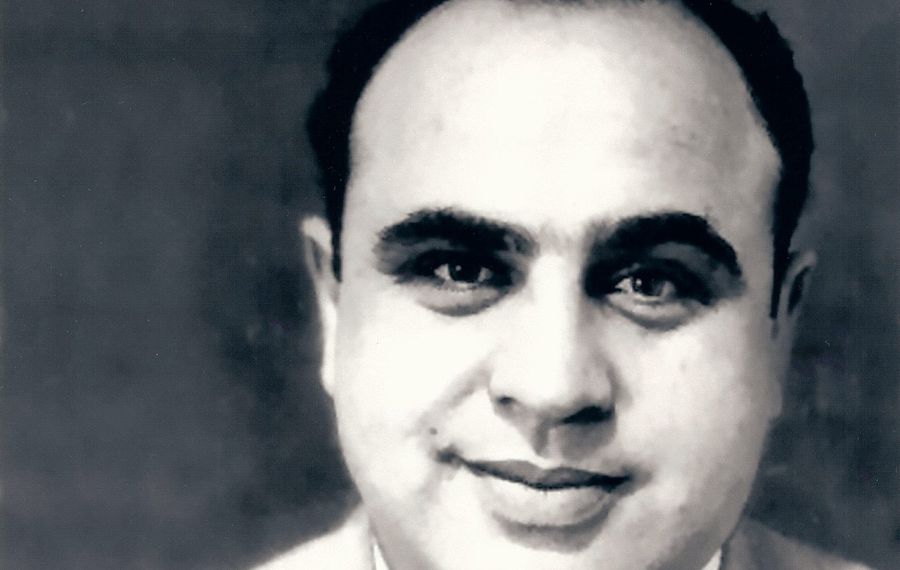 Now along comes a cultural icon of a different bent. And this icon, arguably, has been known farer and wider than the author’s previous subjects.

Capone, as Bair discusses, was not merely a gangster, although he certainly was that. He was a politician, although never elected to office, a businessman although seldom with business interests in his name and a philanthropist although never given credit for his philanthropy.

But first and foremost, he was a gangster, possibly the most well-known worldwide than any who came before or after him. Bair delves into his fame throughout “Capone,” detailing the attention he drew from the public and the press. But don’t expect details about what made him famous.

She concentrates instead on Capone the public didn’t know. His love for his mother, for instance. She always lived in his house. His love and protection for his only child, Sonny, born with an ailment that threatened his hearing until Capone whisked him from Chicago to New York for medical treatment by a specialist. And, despite his philandering, his love for his wife, who stood by him until the end.

But for a gangster some say killed or had killed more than 600 men, Bair notes nary a one. Rather, she reveals other tidbits, such as:

• At 27, the yearly gross of the criminal enterprise he controlled in Chicago, known as The Outfit, was $1.377 billion in today’s dollars.

• The windows of his headquarters, a hotel, had bullet-proof shutters and a series of tunnels that provided easy escape.

• His car, a seven-ton armored Cadillac, had bullet-proof windows and a rear window that could be lowered for firing machine guns.

• His wife was Irish, a taboo-type marriage of the time.

• He contracted Syphilis, the disease that killed him, decades before he died.

• Because he wasn’t Sicilian, he was never admitted to the Mafia or, as it became known in the United States, La Cosa Nostra.

Bair, indeed, has exhibited her biographical chops in all her works, including this one. But Capone presented unusual challenges for the gifted researcher.

So eager was the public to learn about him, so eager was the press willing to oblige, that it was difficult for Bair to separate fact from fiction. It wasn’t unusual, she writes, for the tabloids to manufacture stories when none was available.

Take, for instance, his yearly take when he was 27, more than $100 million in that day’s money. True, it was the height of Prohibition and money flowed in freely from the speakeasies he ran; true, he controlled a myriad of gambling operations; and true, his organization owned innumerable profitable brothels.

But, historically, gangsters never report their earnings, never file tax returns and seldom write checks or use credit cards. So how was the income figure derived?

It came from the Harvard Business School studying Capone’s operations over a 13-year-period while Prohibition was in force. And, following CPA audit practices, it treated the Outfit as a legitimate corporation and determined the revenue “verifiable” while admitting the take was possibly millions of dollars more.

Of course, it was that revenue that eventually put Capone behind bars, and the author posits he was most likely railroaded by authorities salivating for something upon which to build a case against him.

And what better subject than his money. Capone lived lavishly: a monstrous house in Chicago, a palatial estate in Florida, a fishing camp on Lake Michigan and tailor-made clothes that included colored silk underwear. He rented entire floors of hotels for his entourage (read bodyguards) when he traveled, threw bacchanal-like parties and supposedly spent $1,000 a week to feed his family during the height of the Depression.

But he paid no income taxes.

So he was convicted despite the government’s failure to provide crucial evidence of his tax obligation. That critical element was not ignored when the Chicago Bar Association re-enacted Capone’s trial in 1990 … and found him not guilty.

As powerful and flamboyant as Capone was during his heyday, his last years left him depending on The Outfit for support and for others to care for him. Syphilis had corroded his brain to that of a 7-year-old as he awaited the arrival of the Grim Reaper in 1947.

Bair undertook Capone with the idea of revealing as much of his private life as possible. For that, she needed help, and Capone’s immediate relatives and extended clan cooperated.

Some have changed their names to distance themselves from their infamous relative; others find it, as Bair reports, “cool” to be associated with such a well-known man. All in all, it was their memories that make “Capone” well worth reading.