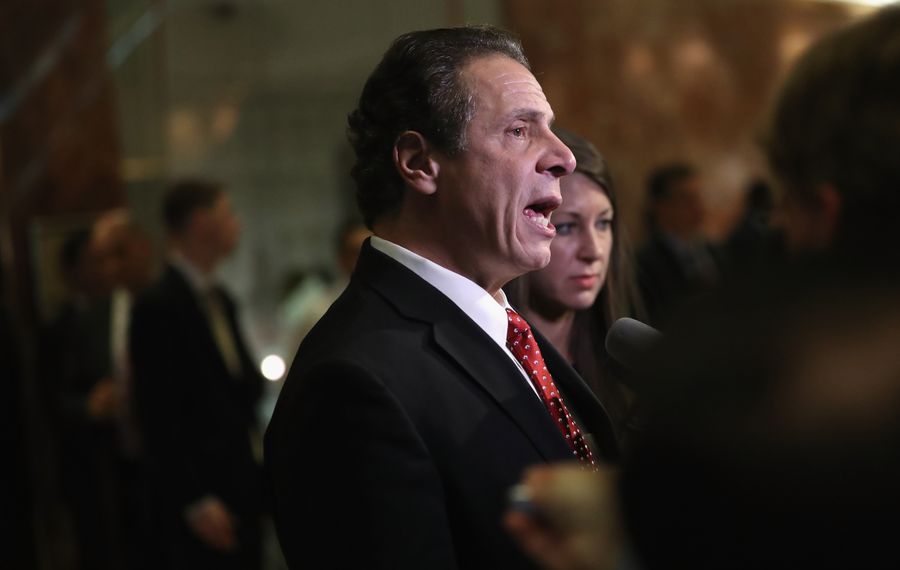 Stepping into a period of intense anxiety over the future of the U.S. health care system and reproductive rights, Gov. Andrew Cuomo of New York plans to announce Saturday that his administration will require health insurers to cover medically necessary abortions and most forms of contraception at no cost – essentially safeguarding protections currently afforded to women.

Further distancing New York from the national drift to the right, the new state insurance regulations are designed to help keep such options open to women, as Republicans in Congress move to repeal the Affordable Care Act, which requires insurers to provide free access to most contraceptive methods, and as President Donald Trump signals plans to fill Supreme Court vacancies with nominees who oppose abortion.

Beyond preserving parts of the Affordable Care Act, the state will now also require insurers to cover a three-month supply of contraception the first time a woman obtains it, and then a supply for up to 12 months, at no cost. At the moment, only a one-month supply at a time is typically available. And abortions deemed medically necessary by a doctor will no longer be subject to co-payments or annual deductibles.

Cuomo’s office has a keen, if unsubtle, eye for the moment: The announcement coincides with the women’s marches in Washington, New York and other cities across the country, where Trump’s inauguration is expected to pull hundreds of thousands of women into the streets.

And it caps a two-week period in which the governor unveiled an agenda that seemed to take aim at every liberal mark, such as criminal justice reform, college tuition assistance, renewable energy plans and child care tax credits. The rollout was an undisguised retort to the nascent Trump presidency, sounding to some like the opening moments of a potential Cuomo presidential run. But his leftward tilt has not muted some liberal activists’ complaints that Cuomo has not worked hard enough to establish a Democratic majority in the New York state Senate, which, in Republican hands, has blocked significant liberal legislation in the past.

With this part of Cuomo’s agenda, at least, there will be no need for a legislative blessing. The administration is issuing the regulations under a law that authorizes the Financial Services Department to set standards for insurers, said Alphonso David, the governor’s counsel. Once they are filed, the regulations will take effect in about two months.

“We want women to know that even if there are changes in federal law, there aren’t going to be any disruptions to their coverage here in New York,” David said.

The governor’s office estimates that 4.5 million New Yorkers, about half of them women, are covered by commercial insurance policies governed by the new regulations. His aides could not say how many of those women would feel a direct impact.

The announcement could serve a second purpose: clarifying to insurers and the insured alike what reproductive services and contraceptives must be available at no cost.

As with the Affordable Care Act, the new rules will not make all contraception free. Insurers will be required to provide free coverage of at least one type of each contraceptive method that the Food and Drug Administration has approved, including diaphragms and sponges, birth control pills, intrauterine devices and emergency contraception.

If a woman’s doctor says a specific type of contraception is medically necessary, the insurer must cover it at no cost, according to the regulations.

At the moment, the state’s insurance law bars insurers from limiting or excluding coverage based on medical condition or treatment. The administration is now interpreting that provision to include any abortions that a doctor deems medically necessary, David said.

Religious organizations and employers that oppose abortion will not be required to offer employee health insurance plans that cover such abortions. But David said employees can still ensure that abortions are covered by obtaining an optional add-on policy from the insurer, known as a rider, or getting insurance from a separate source.