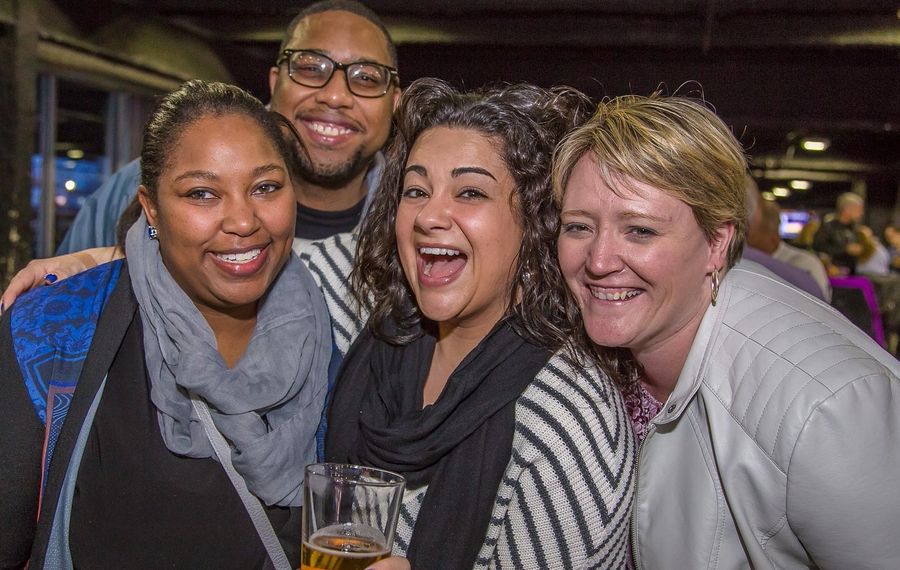 For one afternoon, all five of these - with special guest Gypsy Parlor - will each serve two different soups that best represent their restaurants. As you can guess, they'll be very different. 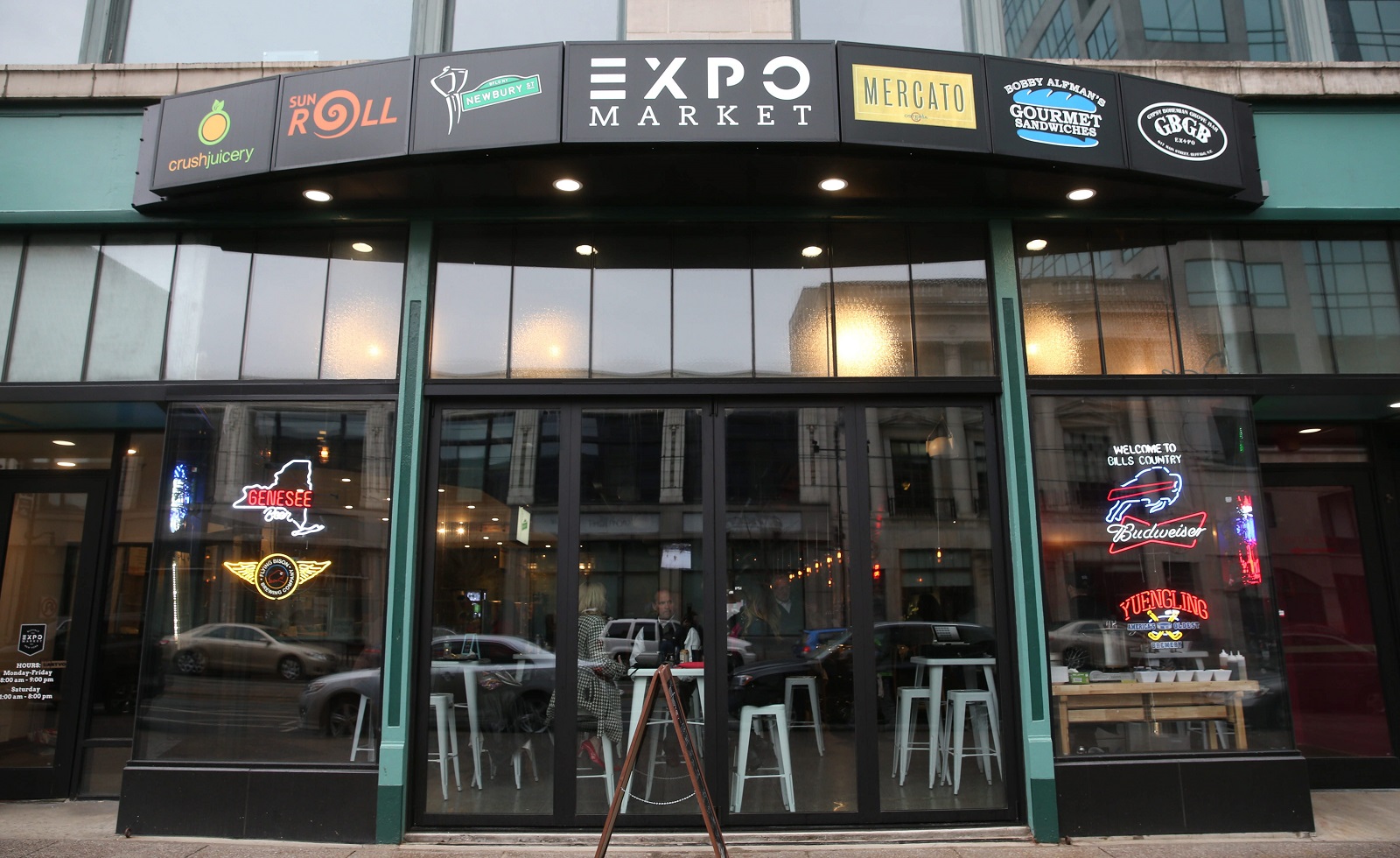 Commentary: The chief fundraiser for Explore Buffalo, the Grain Alley Gala introduces attendees to the Barrel Factory, a cavernous facility in the Old First Ward, which houses distillery Lakeward Spirits. Admission includes appetizers and two drink tickets, as well as the chance to participate in live and silent auctions.

Explore Buffalo hosts events throughout the year that educate attendees about various venues and spots in Buffalo, both new and old.

[PHOTOS: Smiles at Explore Buffalo's downtown views event from May 2016]

Commentary: The last time these two house teams squared off was the 2016 Queen City Roller Girls Champions Cup, where the Dollies just barely edged the Kats, 158-157, in a scintillating bout that came down to the final jam.

Check out the first match of the new season at spacious Buffalo RiverWorks. You can learn more about the Alley Kats and the Dollies by clicking on their names.

[PHOTOS: Check out the smiling faces from a 2016 QCRG doubleheader]

Commentary: The Golden Globes gushed over "La La Land," showering the film and its creators in awards. The News' Colin Dabkowski connects the central subjects of the film - early 20th-century musicals - to an example from that era, which plays at Shea's four times this weekend. Peruse his preview of the show here. 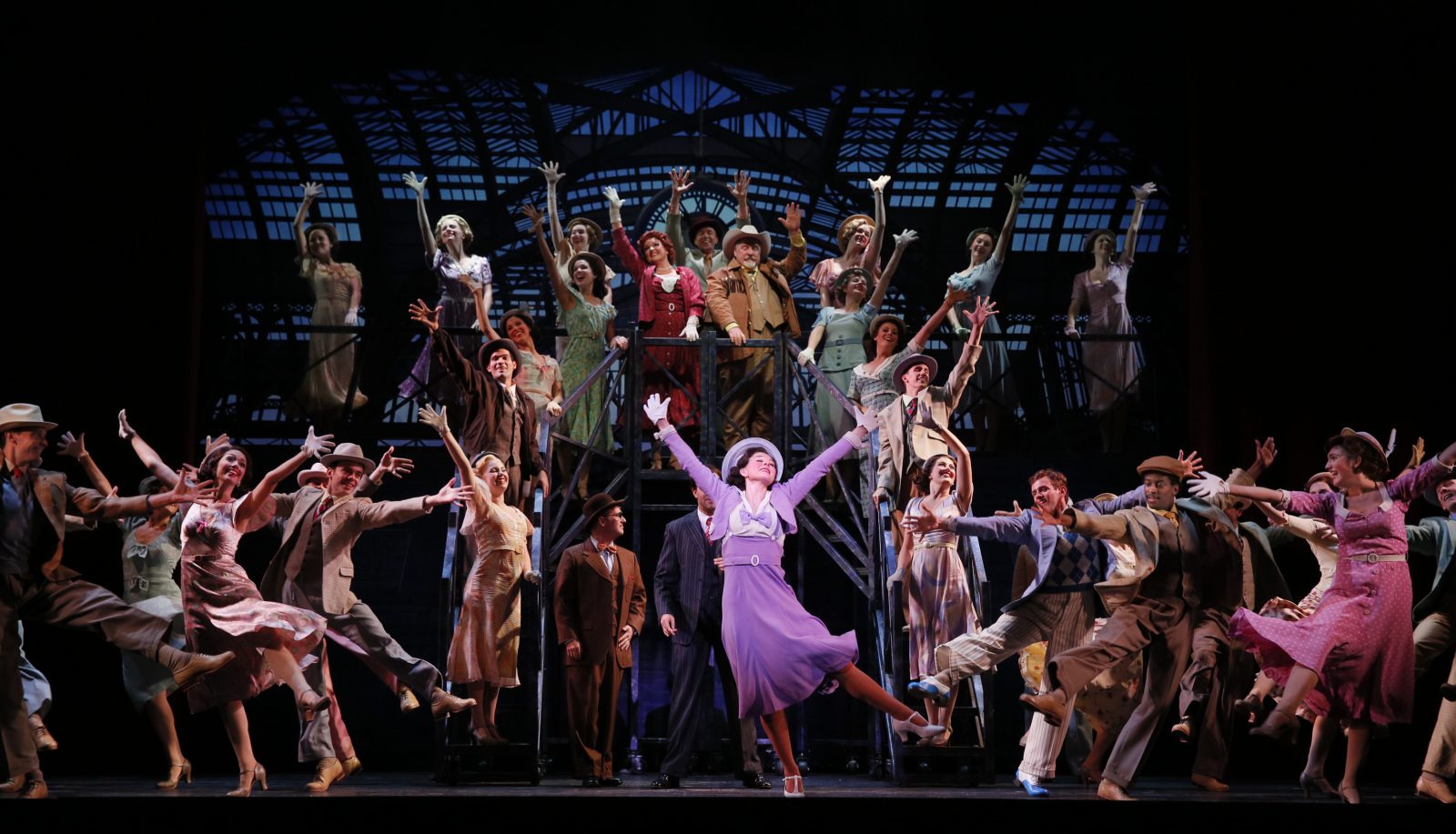 Commentary: DMTB's appeal is that they're the only nationally touring tribute band for Dave Matthews, much like Badfish is to Sublime, and the Chattanooga-based six-piece is devoted to replicating the entire experience - not just the music - of a DMB show. For $10, it's not a bad way to spend a Saturday night.

6) Day-Drinking with Monks, 1 to 6 p.m. Jan. 21 in Flying Bison Brewing Company (840 Seneca St.). Free to attend, and proceeds from purchases of special beers will benefit the family of the late Kevin Wise.

Commentary: As beer blogger for The Buffalo News, Kevin Wise quickly became a valued member of our team. He was easy to work with and cared about the quality of his work (also found at his personal blog, Buffalo Beer Biochemist), and his preexisting relationships with local brewers - new and old - proved his genuine devotion to the beer community.

Wise, who died July 19, 2016 at age 43, will be remembered by an event featuring a beer he's credit with creating, in association with Community Beer Works' Andrew Hardin and local homebrew clubs. The Belgian Dubbel brew will be tapped on Saturday in Flying Bison, along with another Belgian Strong Ale. More info can be found at the Facebook event.

Commentary: If this event had a tagline, it would be "Where theater and classical music collide." To paraphrase Buffalo Philharmonic conductor JoAnn Falletta, the film "Amadeus" served as a bit of a gateway drug to loving Mozart, and the local production - blending the talents of two respected institutions - could do the same .

"If the movie is responsible for people coming to hear Mozart's Requiem and 'Jupiter' Symphony, maybe it's done some things we can't do in the concert hall," Falletta told The News' Mary Kunz Goldman. Read the rest of Goldman's story here. 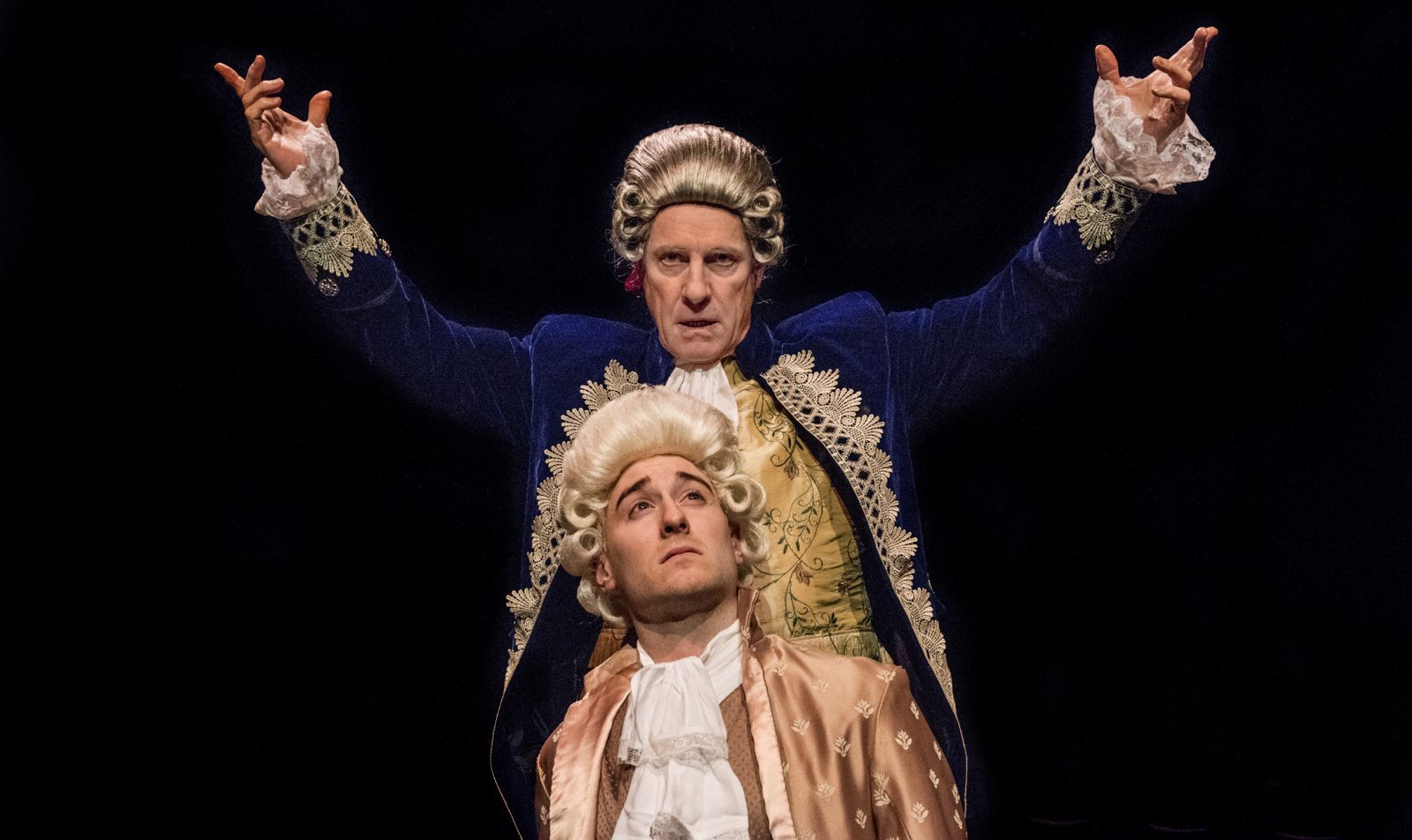 The BPO and Irish Classical Theatre are collaborating on "Amadeus." It stars Vince O'Neill, top, as Salieri, and P.J. Tighe as Mozart. 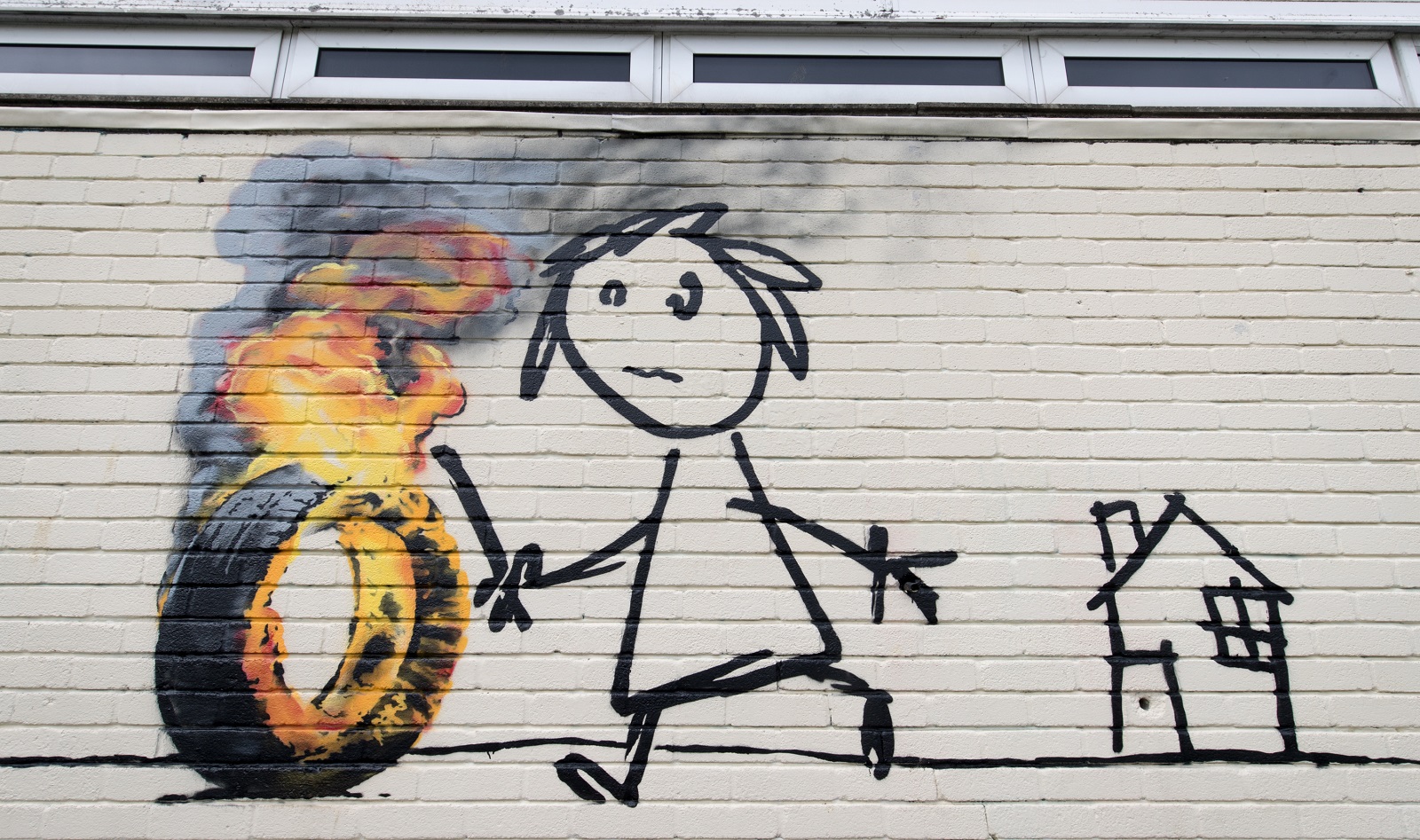 A Banksy mural is left painted on the side of one of the classrooms at Bridge Farm Primary in Bristol during half-term is seen on June 7, 2016 in Bristol, England. The 14-foot piece, showing a child with a stick chasing a burning tire, was discovered at the school yesterday morning along with a letter to the caretaker and was said to be a thank you by the elusive artist after the school recently named a house after him. (Getty Images)

Commentary: You're not supposed to laugh! You're an adult! Prove that your homemade sausage is supreme in Rusty Nickel's competition (free entry!), or enjoy the variety of Mineo & Sapio's local creations (these aren't free). The West Seneca brewery, stationed behind Ebenezer Ale House, will pair beers with the sausages, if you're into that kind of thing.

Commentary: The guitar has different meanings for different people - for some, it's a tool of majesty, an instrument deserving of the highest reverence. (We're looking at you, Jeff Miers). For others, it's a reminder of inadequate dexterity and unintentional dissonance.

Regardless, it's hard not to appreciate the sound of a guitar well-played (whether it's bass, electric or acoustic), and the Museum of Science welcomes an entire exhibition devoted to worshiping the ax (which seems like an awfully callous nickname, when you think about it). There are actual useful details about the exhibition here.

Email Ben Tsujimoto, who's proud of the cultural mix in this version of The 10, at btsujimoto@buffnews.com