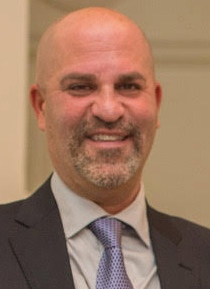 When Scott D. Pastor moved to Florida in 2008, he took a huge slice of Buffalo with him, later opening a Sarasota restaurant serving many of his hometown’s favorites, including Sahlen’s hot dogs charred over hardwood charcoal and Buffalo wings.

That restaurant, Webber’s Hot Dogs, summed up his love affair with all things Buffalo, extending to his lifelong passion for the Bills, the Sabres and the game of hockey, which he played, even coaching a young Patrick Kane one season.

Mr. Pastor, a third generation of his family to work for Pepsi-Cola Buffalo Bottling Corp., died Sunday in Sarasota Memorial Hospital, after suffering a heart attack outside his restaurant. He was 48.

An Amherst native, Mr. Pastor attended Park School before his family moved to Cherry Hill, N.J. After graduating from high school there in 1986 and returning home to attend Buffalo State College, he began working at Pepsi, rising to the position of senior vice president of sales and marketing and serving on the board of directors.

Dating back to the 1950s, the Pastor family became synonymous with the Pepsi brand, and longtime local hockey fans remember the Pepsi bottle-cap logo with the word “Buffalo” that graced the front of the Buffalo Bisons jerseys before the Sabres came to town in 1970.

The Pastor family sold the business to Pepsi Bottling Group in 2002, ending its almost half century of local ownership.

In Florida, Mr. Pastor continued his business ventures, opening the hot dog restaurant in early 2015. His business supported many charity fundraisers, and its financial success led Mr. Pastor to begin planning an expansion of the business throughout Florida before he died.

“Scott enjoyed Buffalo so much, in recent years he worked to bring a piece of it to Florida,” said Scott Friedman, his brother-in-law.

Newspaper stories noted the long lines at Webber’s, a restaurant that had special appeal to transplants and visitors from Buffalo.

“Being from the Buffalo area in New York, we always miss the hot dogs. No more, after Webber's opened up,” one reviewer wrote on the restaurant’s website. “They serve hot dogs like Ted’s in Western NY. Charcoal broiled until they pop open. Delicious!!! Some people are taken back by the fact they are charred on the outside; however this is where the flavor comes from.”

Survivors include his wife, the former Keely Williams; two daughters, Violet and Ruby; his parents, Sylvia and Irwin Pastor; and two sisters, Lisa Friedman and Victoria Pastor Lerman. He was preceded in death by his brother, Todd.

Funeral services will be held at 10:30 a.m. Sunday in the Sisterhood Chapel at Temple Beth Zion on Delaware Avenue.