They call him "the creation."

The cast and creative team of David Oliver's new "Frankenstein" adaptation, which opens Jan. 20 in the Road Less Traveled Theatre, take pains not to refer to the play's most famous character as a monster.

Instead, they prefer to paint him as Mary Shelley intended: as a flawed figure in search of himself and his place in the world.

That search turns ugly pretty quick. And while theatergoers who venture out to Road Less Traveled might be expecting to find a bone-chilling exhibition exhibition carnal terror, they will discover something much more emotionally sophisticated.

The story onstage at Road Less Traveled is "Frankenstein" by way of Freud, an exploration of the age-old conflict between father and son and the emotional consequences of creation.

[RELATED: The evolution of Frankenstein from 1816 until today] 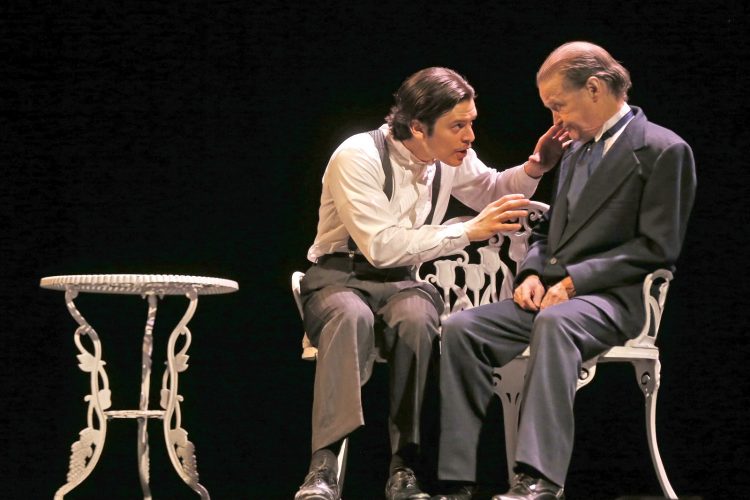 "I think it's more of a tragedy," Oliver said. "Some horrible things happen in it, definitely. But they happen for a reason. They happen for an emotional need for revenge."

In adapting the piece, Oliver said, he was struck by contemporary feel of the relationship between Dr. Frankenstein and the being he cobbled together from found body parts and animated with alchemy.

"I was amazed at how contemporary it felt to me," Oliver said. "It's incredibly fresh. The language is very thick, but wonderful and extremely expressive."

In an effort to give the 19th-century story some modern resonance, Oliver moved the production from its original setting to 1900. He positioned the piece at the dawn of the 20th century to draw a parallel between Dr. Frankenstein's creation and the spirit of boundless innovation prevalent at the turn of the century.

"I've given up on who's the protagonist and who's the antagonist. It doesn't matter," he said. "These two intrinsically, viscerally connected beings hardly see each other in the show, so when they come together, it's fireworks," Oliver said.

"The tragedy is, for me, that he creates a being with completely humble and noble intentions and it flips on itself in a way he completely did not expect," Barranca said of his character.

Part of the challenge of playing Dr. Frankenstein, Barranca said, is to wrestle convincingly with his own emotional reaction to creating a creature with "the innocence of a newborn baby with the power of a giant machine."

The new setting, he added, allows the show to pose pressing questions about Dr. Frankenstein's insatiable thirst for the new: "Once you give into that concept, where do you put any ethical boundaries? What should we allow ourselves to do with science and technology?"

Though the subject and even the language may seem impossibly distant, those questions are just as relevant today as they were when Shelley's book was published in 1818.

"This is a classic story, and once again we see how the classics relate to us and never lose their connection," Oliver said. There's only so much you can do from a presentational point of view, but I hope people find other meanings in it, or deeper meanings."

WHAT: "Frankenstein," adapted by David Oliver