Antonya Quinones of Lackawanna’s First Ward does not have a car. The mother of four can barely afford to put food on the table – and that’s only if she can catch a bus to a grocery store.

Residents of the First Ward gathered Thursday night at the Willie Cotton Center on Gates Avenue to express concerns over what they called a lack of bus services provided by the Niagara Frontier Transportation Authority.

John Ingram, an employee of the Lackawanna Municipal Housing Authority, organized the meeting, the third in the past year, to call attention to the growing concern by MHA residents over a lack of bus service.

“Right now the City of Lackawanna is locked down,” said Ingram. “I know a woman who gets up at 4 a.m. to get to work on time. It’s horrible. We do not have the service we need. 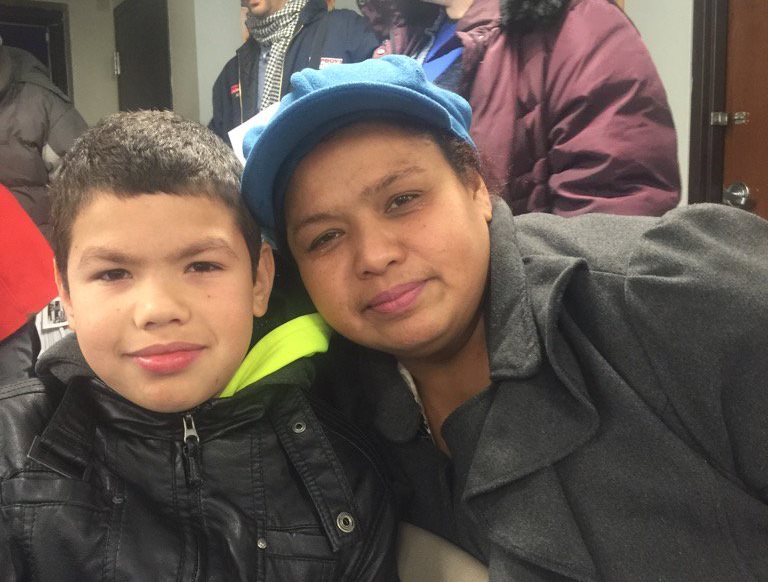 Antonya Quinones and son, Emmanuel, of Lackawanna, take bus 42 to the doctor on Abbott Road, but there is no weekend service. (Jane Kwiatkowski Radlich/Buffalo News)

Concerns over inadequate bus service were shared by employers and school officials in Lackawanna.

“For our parents who don’t drive, there are no buses that take them to schools,” said Faircloth. “They can’t get to parent-teacher conferences. They can’t get to their children’s concerts or family nights.

“We’re a struggling school district and we need our parents to be a part of it,” Faircloth said.

Jeffrey P. Bell, director of community development for Baker Victory Services, told officials his employer cannot hire people from the First Ward because “they can’t get to our Martin Road campus. Right now we’re in a hiring crisis. There are 35 openings for employees with a GED requirement."

George responded: “A lot of times we work with employers to identify where your employees are and what service they need,” he said. “We understand there are needs for service, but we have more than 330 buses and 600 operators. If we add services here, we take them from somewhere else.”

Kearns, who does not represent the First Ward, attended the meeting because he represents most of the remaining three wards in Lackawanna.

“We would we willing to put together a small survey and contact residents of Lackawanna for a list of their comprehensive needs,” Kearns told the audience. “It would help to make the decisions on where bus service is needed.”

Quinones, who was with her 10-year-old son Emmanuel, said she takes her children to the doctor’s using bus transportation.