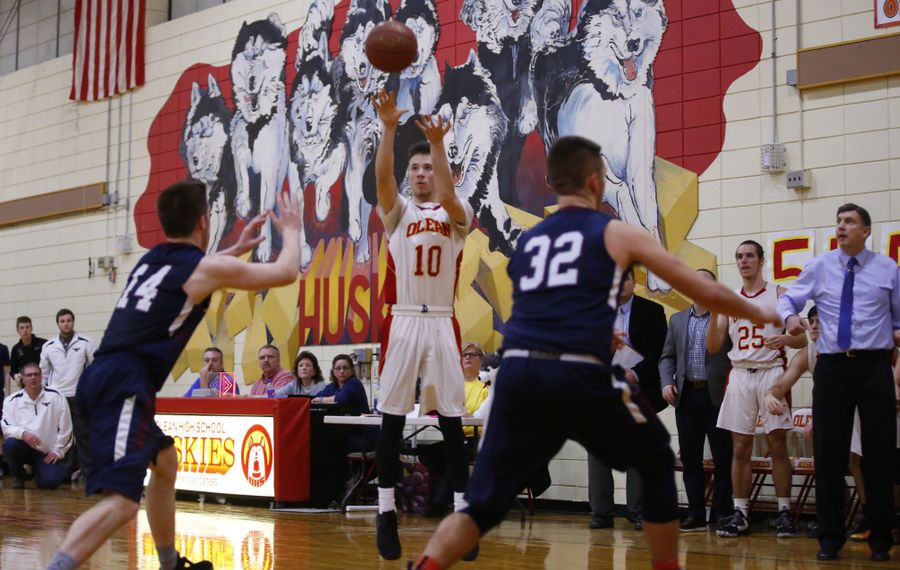 It was a pretty charged-up atmosphere at Cheektowaga for one of the top rivalry matchups in Western New York. It’s safe to say Dominick Welch fed off the energy of the crowd.

The senior finished with a season-high 44 points to go with 18 rebounds and six blocks during Cheektowaga’s 69-64 ECIC III victory over Maryvale on Thursday night in boys basketball.

Welch made 15 of 21 shots from the floor and his two free throws with 13.2 seconds left pretty much sealed the deal after Maryvale had trimmed a nine-point deficit to 67-64. The Warriors (8-5, 6-1) are now in a first-place tie with East Aurora in ECIC III.

Shoemaker wins it for Olean

Unlike the teams’ December meeting, a one-point win by C. Lake, the Huskies came away with the nail-biting 68-66 triumph in CCAA West I.

Olean stretched its winning streak to seven straight as Monty Shoemaker’s three-pointer with 3.5 seconds left won it for the hosts. Shoemaker finished with 19 points after sinking his fifth trey of the night. He also added four boards.

To think he was ill earlier in the day.

“He was running a fever earlier ... but felt good before the game,” Olean coach Jeff Anastasia said. “He ran out there and played well for us.” 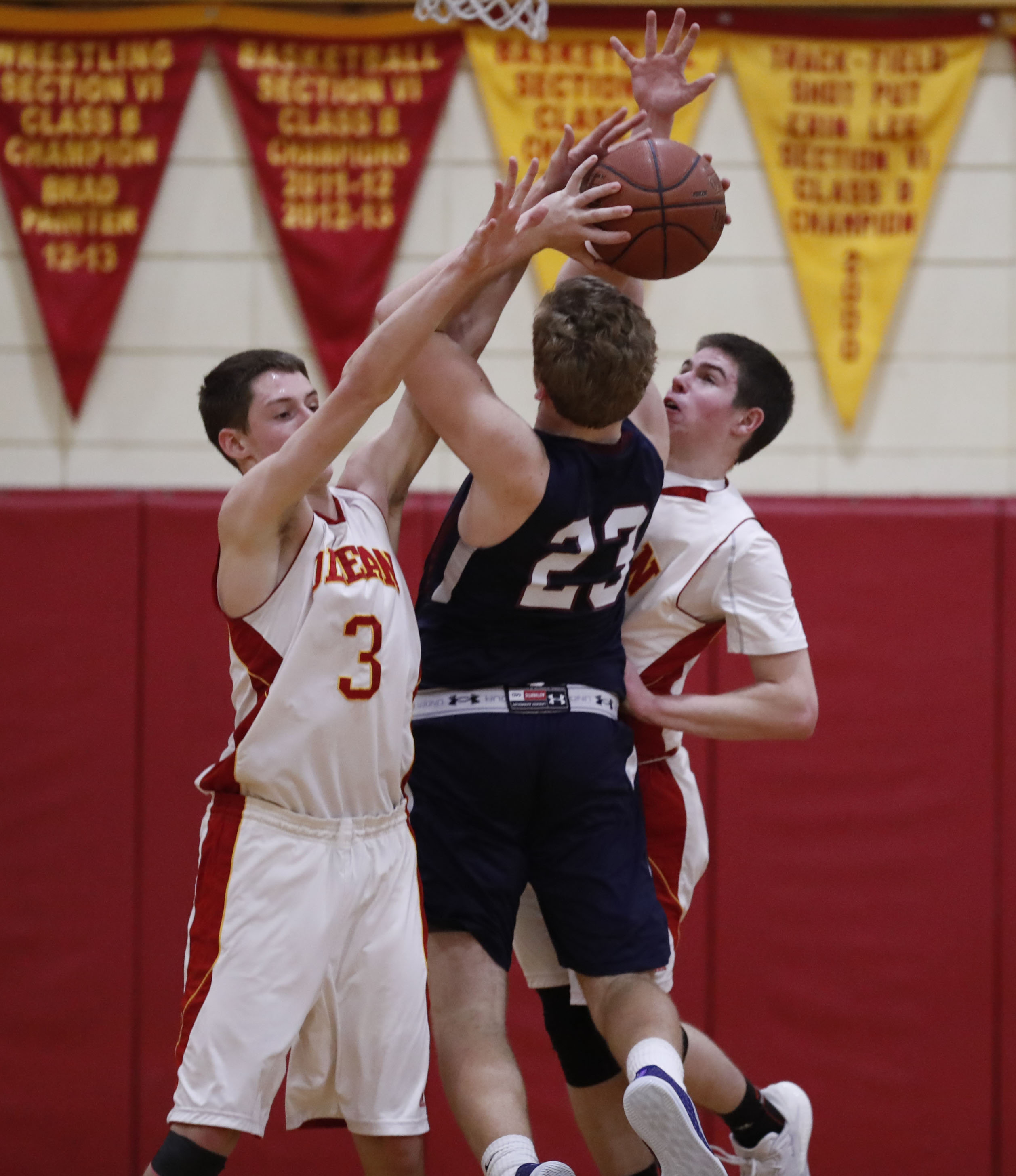 Just when it seemed like McKinley’s chances at winning a third straight Yale Cup were slipping away, the Macks scored a huge win that should lead to a dramatic conclusion to the league season.

McKinley bolted to a 19-point halftime lead, weathered a comeback bid by Middle Early College before pulling away for a 71-57 victory. The defeat is Middle College’s first in league play and now creates a log-jam of three-loss teams in the Buffalo Public Schools league as East and South Park also each have one loss. Nipping at their heels – the Macks, who improved to 4-2 in league play.

Shakur Harris scored 27 points and surpassed 1,000 career points for South Park in a 97-43 win over Emerson. Harris now has 1,018 career points. He finished two rebounds shy of a quadruple double.

The teams will meet again Feb. 14 in their league contest.