Nineteen suspected opiate deaths in the first 19 days of January have Erie County on pace for 365 deaths in 2017.

It could be worse. Last year started more deadly.

During the early weeks and months of 2016, the epidemic was claiming so many lives that county officials projected more than 500 people would die that year. The pace, however, slowed as the county took aggressive steps, including promotion of the widespread use of the opiate antidote Naloxone.

"In the first quarter of 2016, we were trending toward more than 500 deaths for the year. Even if we have 365 deaths this year, it is much better than last year," Erie County Executive Mark C. Poloncarz said Thursday.

Over the first three months of 2016, there were 107 deaths. Twenty-nine of them occurred in January, compared to the 19 so far this month.

Flynn called aggressive prosecutions of opiate dealers one way to save lives.

"We can help disrupt the supply of this poison that is killing people at an alarming rate," Flynn said, adding that those suffering from opiate addiction who commit non-violent crimes such as petty larceny will receive treatment rather than a prison sentence.

Flynn said he also intends to avoid repeating the mistakes made during the crack epidemic in the late 1980s, when the black community was penalized.

"The way the crack epidemic was handled, it unfairly impacted the African-American community. The response was to throw everyone in jail, but those who are addicted need treatment instead of jail," he said.

Note: The 2016 statistics do not include the 77 suspected opiate overdose deaths from last year. Toxicology results are pending in those deaths.
Source: Erie County Health Department

Unlike the crack epidemic, most of the people addicted to opioids are white, according to health officials.

While Flynn plans to show compassion toward these substance abusers, he says he will not be lenient on heroin dealers.

"They are preying upon an ever-expanding population of those who become addicted to opiates," he said, pointing out that many of these individuals start out with legal prescriptions to the highly addictive painkillers.

County officials say this approach will give prosecutors more time to focus on the real villains, drug dealers, whom Poloncarz described as parasitic entrepreneurs. Their fentanyl-laced heroin figured into as many as 75 percent of last year's overdose deaths.

A powerful opioid usually prescribed to cancer patients, several grains of fentanyl can cause death.

"Make no mistake, this is a business model and we are going to destroy it," the county executive said in thanking Flynn for making the prosecutions a priority.

Citing President Franklin D. Roosevelt's strategy of implementing a number of actions to end the Great Depression, Poloncarz said multiple measures are needed to see what works in order to stop the epidemic from becoming an out-of-control pandemic. 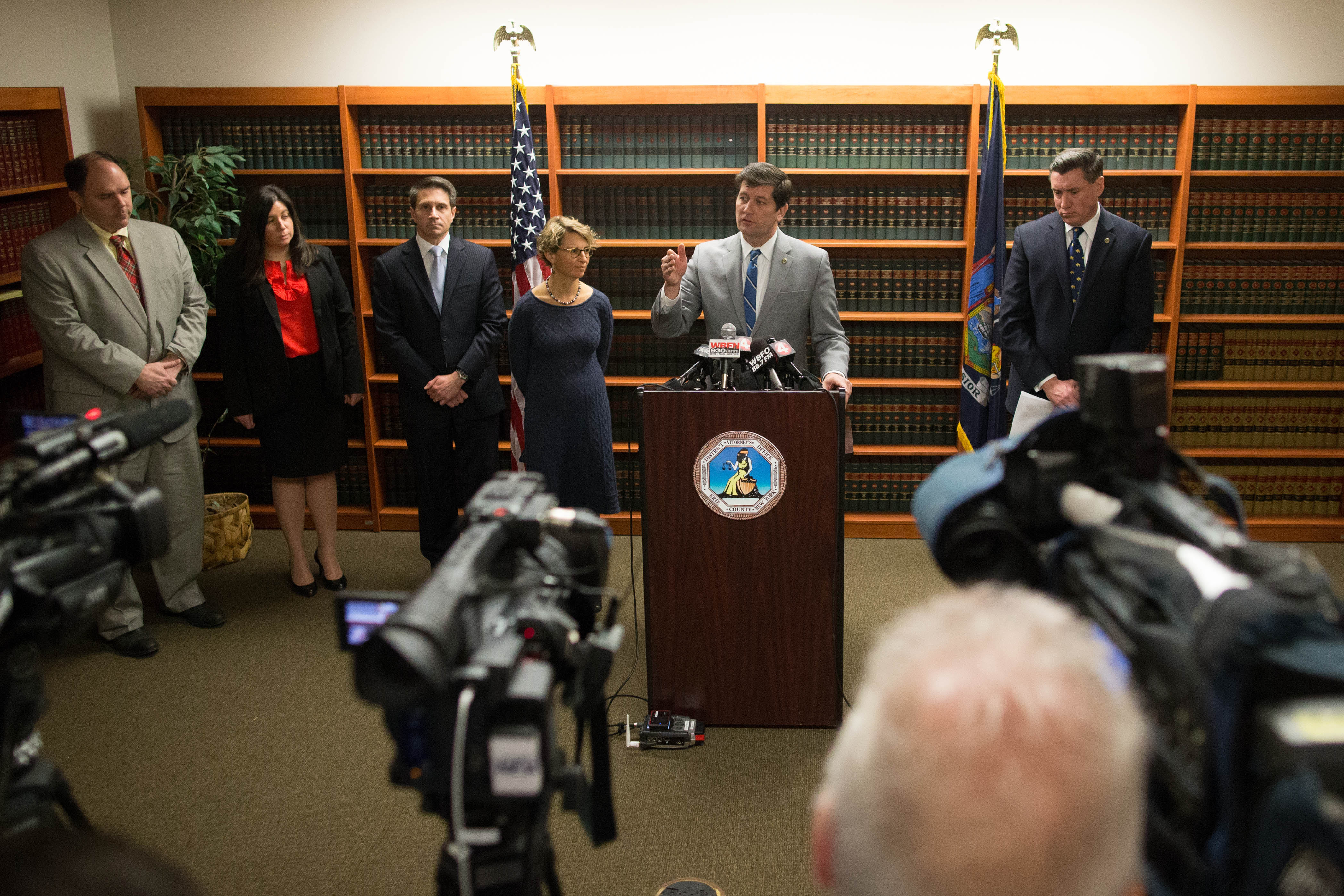 To that end, County Health Commissioner Gale R. Burstein, who also attended the news conference, said there will be increased training in administering of the opioid antidote Naloxone this year and efforts to bring about improved education in schools.

"Our community education work group is conducting a needs assessment of area schools," Burstein said of the Erie County Opiate Task Force's subcommittee. "There really are good evidence-based curriculums out there, but we have to know what the schools are teaching so we can deliver a consistent message for drug prevention."

She cited training of medical students at the University at Buffalo, improving links between health care professionals with chemical dependence clinics and continuing peer support for individuals who arrive at local emergency rooms seeking help for opiate misuse as among the efforts receiving additional attention this year.

There is also a volunteer Angels Program in place where individuals will go to participating police department stations when substance abusers arrive requesting treatment. The angels will stay with the person until he or she is placed in treatment. The county last year also established a 24-hour, seven-day-a-week Crisis Services addiction hotline, 831-7007, providing over-the-phone assessments and linkage to treatment services.