Theodore Leonard Lownie liked buildings. Preferably older ones, with some history to them.

Mr. Lownie, 80, was fatally injured Tuesday, when the car he was driving struck a utility pole around 2:30 p.m. while driving south in the 2500 block of Main Street, according to Buffalo police. Mr. Lownie was driving home from a doctor's appointment in North Buffalo when he lost control of the car, possibly from a medical episode. 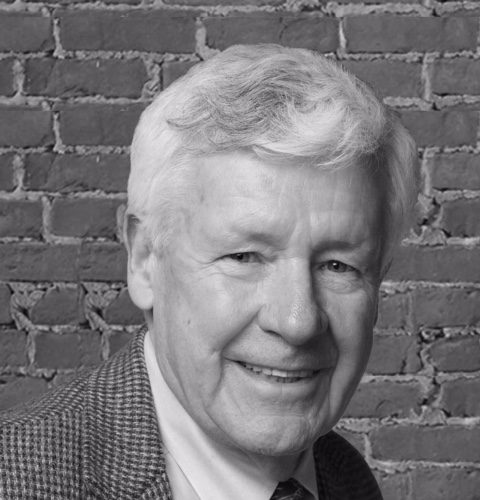 He died later that afternoon at Sisters Hospital.

"I don't know that I ever met anyone who was more thoughtful, and caring, and eloquent with what he said," said Kenneth Riter, a principal in Mr. Lownie's firm. "He could say the most with few words, and say it spectacularly well."

Mr. Lownie was born in Buffalo and grew up in Kenmore. He graduated from Cornell University with a bachelor's degree in architecture, and worked as a staff architect for Roswell Park Cancer Institute, before becoming a founding partner of Hamilton Houston Lownie in 1969 in Allentown.

Renovation and restoration projects Mr. Lownie and the firm worked on included the Albright-Knox Art Gallery, the Common Council Chamber in Buffalo City Hall, Theater Place, the Roycroft Inn and Kleinhans Music Hall -- which his son, Alexi, said was his father's favorite project.

Mr. Lownie's crowning accomplishment may have been the painstaking re-creation of the Martin House Complex, designed by Frank Lloyd Wright.

"Ted was central to the restoration of the Martin House from the very beginning," said Mary Roberts, the Martin House Complex's executive director. "He had such a sensitivity for design and architecture, and the value of the original and the authentic."

Frederick Houston, who retired from HHL in 2000, said Mr. Lownie's work on the Martin House project was an example of the integrity he brought to his profession.

"He looked all around the world for four years trying to find the correct kind of brick," Houston recalled. "He cared about making things right and Wright.

"I think he helped put Buffalo on the map because of the Darwin Martin House."

Mr. Lownie taught for 25 years at the University at Buffalo's School of Architecture and Planning.

He served on the New York State Board for Interior Design, and in the past was on the Buffalo Preservation Board and the Scajaquada Pathway Steering Committee. He was also a grant evaluator for the New York State Council on the Arts.

"We lost a giant in terms of preservation and architecture," Roberts said.

Alexi Lownie said his father was battling a cough, but was told by his father's physician his dad was in good health despite a quadruple bypass operation several years earlier.

Survivors include his wife of 48 years, Olga Aleksiewicz; a son, Alexi; a daughter, Anya; and one grandchild.