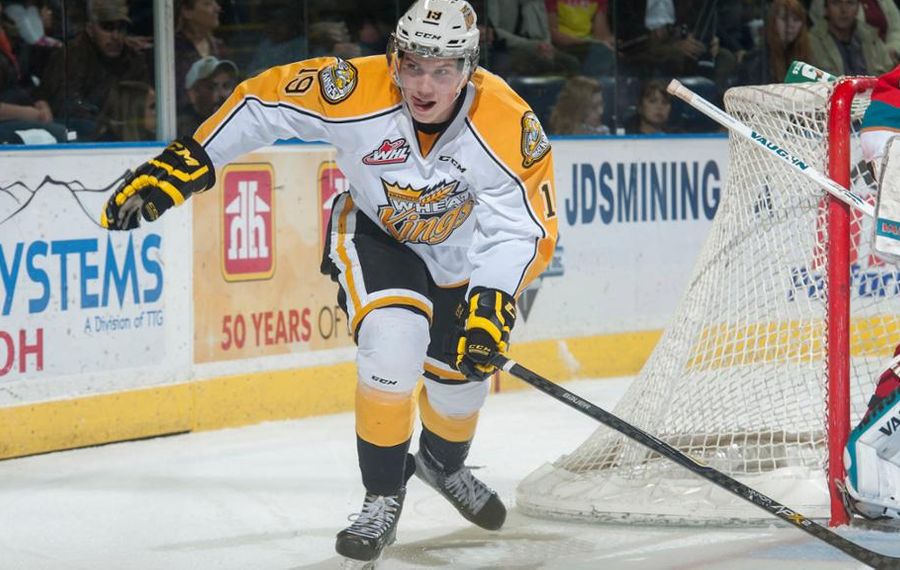 The Buffalo Sabres appear to be on the road to another high spot in the NHL Entry Draft.

Entering Wednesday’s games, the Sabres were 27th in the league. If the draft were held today, Buffalo would pick no lower than seventh overall when the league holds its 2017 draft in the United Center in Chicago on June 23-24.

Which makes the release of Central Scouting’s midterm ranking of the top North American skaters all the more interesting.

Also interesting is that center Nolan Patrick, ranked No. 1 on the midterm list, is the son of Steve Patrick, the Sabres first-round pick in 1980 and the nephew of former Sabres defenseman James Patrick.

Nolan Patrick plays for the Brandon Wheat Kings in the WHL and missed 35 games with an upper body injury. In eight games Patrick has six goals and 13 points. Last season he ranked fifth in the WHL with 102 points in 72 games. He then had 30 points (13 goals, 17 assists) in 21 games to tie for the league’s playoff scoring lead and was named postseason MVP.

“It definitely is a two-player field for the top,” North America “ranking and Nolan Patrick was the frontrunner going into the season for the 2017 draft and remains the top candidate for NHL Central Scouting," Director of NHL Central Scouting Dan Marr said in a story on NHL.com. "It's unfortunate,” Nolan “had to miss so much time but it was necessary for him to be able to return at 100 percent. He's been well known to NHL scouts for the past three years. His game continues to show he's a top prospect."

The other guy in that “two-player field” is second-ranked Nico Hischier, a center for Halifax of the Quebec Major Junior Hockey League. He leads QMJHL rookies with 30 goals, 30 assists and 60 points in 36 games and scored four goals with seven points playing for Switzerland at the 2017 IIHF World Junior Championship.

“Hischier was also a known commodity coming into the season and we've been able to see the continued growth of his game and development as he transitioned into an impact player with Halifax," Marr said."He also displayed his talents on the World Junior stage."

Teams looking for a center have some top-rated prospects with six of the top eight on the North American list playing in the middle.

Among defensemen, Juuso Valimaki (Tri-City, WHL) is the highest ranking at No. 9 followed by No. 10 Cale Makar (Brooks in the Alberta Junior Hockey League), No. 11 Nicolas Hague (Mississauga, OHL) and No. 12 Callan Foote (Kelowna, WHL).

Among North American goaltenders, Keith Petruzzelli was rated No. 1. Petruzzelli, who plays for Muskegon in the United States Hockey League, stopped all 21 shots he faced and was named MVP for Team East in the USHL/NHL Top Prospects Game on Jan. 10. He committed to Quinnipiac.

Ranked No. 2 in goal is Ian Scott (Prince Albert, WHL) with Jake Oettinger (Boston University) No. 3.

On Central Scouting’s International List, Klim Kostin ranks No. 1. The 17-year old with Dynamo Moscow in the Kontinental Hockey League was a plus-1 while averaging 4:28 of ice time in eight games prior to sustaining a shoulder injury that is expected to keep him out for two months.

The No. 1 international goaltender is Ukko-Pekka Luukkonen of HPK in Finland's junior league.