I was on the road this past week. I don’t know if it’s still called "the road" when you fly into town. I was stuck in my hotel room most of the weekend without a car.

Anyway, I was out of town. I landed in Albany on Thursday for four nights at the FunnyBone, a 300-plus capacity club in the middle of a gigantic mall. I previously hosted here for the club's opening weekend in August of 2015. This time, I returned as the middle act, doing 25-minute sets on six shows.

Just a few years ago, a weekend like this was sort of my dream - a handful of shows in a new city in front of strangers for decent money and hotel accommodations paid for by the club. It was a goal I set for myself.

If I could do that a few times a month, I thought, I could make enough to get by. So here I am, living my 2014 dream, for this particular weekend, anyway. 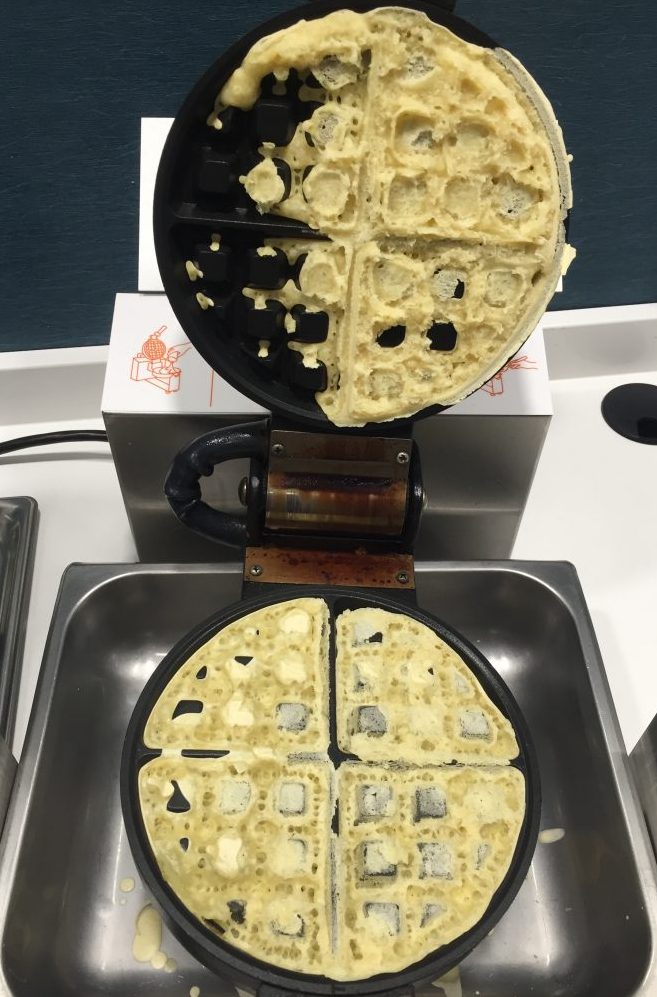 The standup is going well. The waffles need work.

Albany isn’t exactly the kind of city you strive to someday perform in. I’ve been here many times, and other than drive 30 minutes to check out the racetrack at Saratoga Springs, I would have little advice to give if someone ever asked me, “What should I do while I’m in Albany?”

I know, I know. People say similar things about Buffalo. Neither place should be confused with Manhattan or Las Vegas. I will say this, however: The crowds in Albany were awesome.

Somehow, every show was sold out. This isn’t always the case for a weekend. I was worried that with the NFL playoffs as an entertainment alternative, ticket sales might take a hit, but the Albany comedy scene didn’t flinch.

Every show and every crowd was great. The people were friendly and just the right amount of inebriated. I worked on some new material in front of the energized crowds and some of my wedding planning stuff went over well. ...

The TV show "Say Yes to the Dress" is the scariest show on television. Your budget is $9,000?? For the dress!? I was thinking more like $9,000 for the whole wedding. Well that’s gonna look great for our buffet style reception at Pizza Hut.

During the Friday night late show, there was a group of people at a table right up front that almost was laughing too loud. It was a bit of a distraction to other people around them. They wouldn’t stop laughing after some jokes.

But if the biggest issue on a show is that some of the crowd is enjoying it too much, that’s not such a bad problem to have.

Alingon Mitra headlined the weekend and local comic Dan Geurin hosted. We all got along and had some good conversations about comedy. Alingon has some funny stuff and is definitely worth checking out. On Saturday, Alingon and I took a shortcut through the mall at 1 a.m. to get to his car and got trapped for about 30 minutes in a maze of locked doors and dust mop-wielding janitors who were not speaking English. A closed mall at 1 a.m. is a scary place.

One other lesson I learned on the road this weekend: Waffle makers need to be turned on before you start following the step-by-step directions. Fail.

My Albany weekend wasn’t all that glamorous. I didn’t stay up partying until 5 a.m. or see any sights that I will cherish for the rest of my life. I spent most of my time writing emails, watching TV and walking around a ridiculously large mall. There was a great deal of down time.

But sometimes you have to take a step back to appreciate the present. After hundreds of open mic nights and countless miles driven for unpaid shows over the years, it’s good to remember that fun and simple weekends like this are what I worked so hard for.

Years later, this is me in the middle of it - living the dream.

Brian will be writing about his stand-up life for the next two months, culminating in his March 25 appearance at Shea's. Visit buffalonews.com each week to follow along.