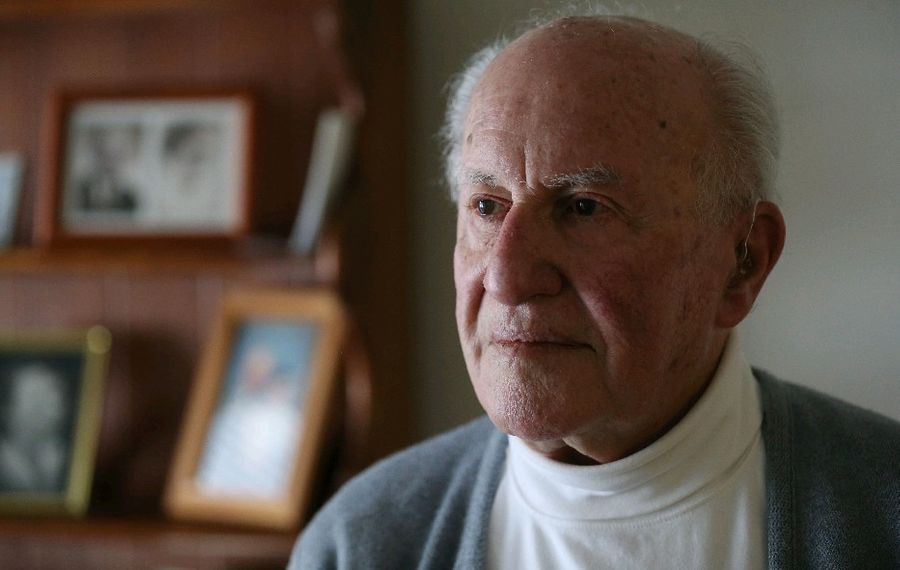 As a young boy, Hans G. Reif and other youngsters at his school in Stuttgart, Germany, were given a break from class and marched to the city’s central plaza.

Standing amid the crowd, the 10-year-old Hans and his schoolmates watched from a distance as Adolf Hitler stood on a balcony and waved.

He says he remembers little more than that.

But Reif has clear memories of fleeing Germany a few years later.

“We were Jewish, and my dad was a doctor. He figured it was time for us to leave Germany. It was quite obvious Hitler did not like Jews,” he said.

The Reifs were fortunate to get out before Hitler and his Nazis launched the Holocaust, killing millions of Jews and others.

“My dad took his licensing examination when we arrived in the United States, and after about a year, we moved to Niagara Falls in April 1939, and he began practicing,” recalled the 92-year-old Reif.

Once the Japanese attacked Pearl Harbor, Reif said he realized it was only a matter of time before he would go to war.

“I was drafted three months after I turned 18. The only choice the military gave me was if I wanted to go to the Pacific or to Europe. I said, ‘I have nothing against the Japanese.’ So I picked Europe.”

As an infantryman, he arrived in northern Africa and then made his way to Italy, where he was assigned to the 3rd Infantry Division in November 1943, serving in a field intelligence unit because he spoke German.

“We were pulled back to outside of Naples, where we trained to make the landing at Anzio beach head,” he said.

It was there he experienced combat for the first time.

“The landing was unopposed but three days later, the Germans brought troops down and tried to drive us off the beach. It was not a fun place to be,” he said.

After five months, the Americans and British broke out of their positions and pushed the Germans back.

“Up until then, it had been something of a World War I situation, where both sides were dug in. But when we broke through, we went to Rome, taking it on June 4, 1944,” he said.

“My brother Peter landed on Omaha Beach on D-Day, and 12 days later he was badly wounded. But he survived and died at the age of 84,” Reif said.

And like his brother, Reif shed blood for their adopted country. Twice, in fact, he was wounded.

“The first time was in France. Someone set off a trip wire on a land mine. I got a piece of shrapnel through the arm. I was hospitalized, and two weeks later back with my unit. The second time, I was wounded the morning after we crossed the line into Germany, north of Mannheim. 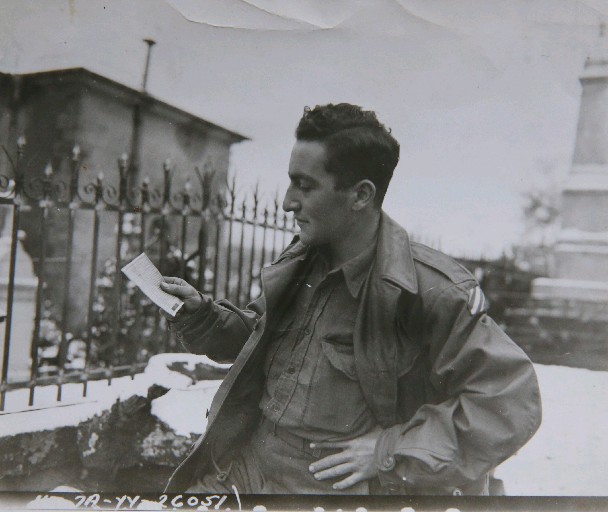 Hans G. Reif in France in 1944, where he would suffer the first of two injuries he would sustain fighting the Germans during World War II.

“My battalion commander and I were standing outside a building, and a shell went in maybe four feet above our heads, and part of the building came down and knocked me unconscious. My commander pulled me out, and I went to the aid station. My steel helmet saved me. All I had were abrasions and a real good headache.”

As the troops made their way deeper into his native land, Reif and his fellow soldiers witnessed firsthand the horror of the Nazis’ treatment of Jewish prisoners.

“We arrived at Dachau concentration camp 30 minutes after it was captured. Outside the camp was a trainload of dead people in boxcars. These were people apparently sent from concentration camps in the east, and each of them had been shot through the foot to keep them from escaping. But by this time, they were all dead.”

In the camp, Reif said there were long piles of “naked and completely emaciated cadavers.”

Not everyone at the camp was dead.

“There were some alive yet. They looked miserable. They were emaciated. They were the walking dead.”

Reif said he is certain he spoke to them, but cannot remember what he said.

“I was only there briefly. I had to move on with my unit.”

But he does remember thinking at the time that he was Jewish and that he could very well have been among them had it not been for his father’s persistence in moving the family to America.

As the 3rd Division continued south, Reif said the last town they captured was Berchtesgaden, where Hitler’s “Eagle’s Nest” retreat was situated in the Bavarian Alps.

“That’s when the war ended,” he said.

Because he had many combat points accrued from two amphibious landings, five campaigns and two Purple Hearts, Reif was able to return home early to Niagara Falls in September 1945.

He earned a bachelor’s degree at the University at Buffalo and a master’s degree in economics from the University of Minnesota. For 25 years, he worked at Cornell Aeronautical Labs as an economist and then changed careers to become an economics professor at Erie Community College's city campus, retiring in 1996.

A decade later, Reif returned as a part-time professor when it was no longer possible for his wife, the former Thelma Loesch of Lancaster, to travel. They were married nearly 48 years before she died in 2015.

The father of five children and with six grandchildren, Reif still teaches one course in economics each semester at ECC’s Amherst campus.

And that’s not all.

“I speak to the college’s World War II history classes,” he said.

He has never forgotten the horrors of Dachau.

“But I am fortunate. It does not haunt me,” Reif said. “Unfortunately, people do not realize that war is a series of atrocities.”