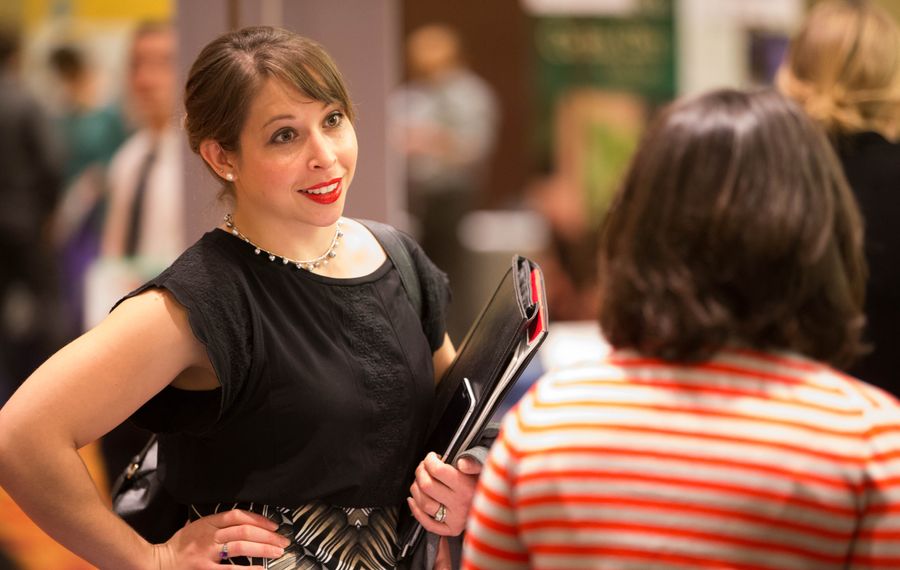 In many ways, Kate Rose Allen could be the poster child for the New Buffalo.

She's bright, having earned her doctorate in English from Case Western University in Cleveland this past May.

After returning home to the Town of Tonawanda and spending the last few months working on a non-profit project, Allen has started to look for a job. She's optimistic that she'll find they type of communications or marketing job she's looking for.

Since 2010, the Buffalo Niagara region's population of young adults, between the ages of 20 and 34, has grown by 8.3 percent, faster than the country as a whole and faster than other Rust Belt cities, from Detroit and Toledo to Cleveland and Pittsburgh.

“The biggest difference that has happened in this region statistically is that we are way ahead, on a percentage basis, in change of growth of young people,” said Howard Zemsky, the Buffalo developer who serves as president of Empire State Development.

"It’s the most significant telling metric, in my opinion, that we have. We’ve come a long way to be able to say that," said Zemsky, whose own daughter is among the millennials who moved away and then decided to come back to Buffalo.

Buffalo: A magnet for millennials?

The number of young adults, ages 20 to 34, in the Buffalo Niagara region has increased by 8.3 percent since 2010, growing far faster than the area’s overall population and reversing decades of flight by young people.

"Without that, we have no future, period," Zemsky said. "It’s not just a nice feel-good thing. It’s an important economic development thing.”

What it means is more of the region's young adults, like Allen, are deciding to stick around and seek their fortunes here. The region's growing immigrant and refugee community also is growing faster than it is in other Rust Belt cities like Cleveland and Pittsburgh, according to an analysis of U.S. Census data.

"We've seen an influx of people from outside the area, and that is telling," said John Slenker, the state Labor Department's regional economist in Buffalo. "The labor force knows more than we do. They move toward opportunity."

Allen and other millennials have reason to be optimistic, too. The Buffalo Niagara job market has picked up since the beginning of 2015, with job growth having taken a sharp turn for the better over the past two years, running at its strongest pace since the turn of the century. The local unemployment rate has been hovering around 5 percent for the first time since the recession. Wages and overall incomes have been rising.

"I just really enjoy living here," she said. "I think the community is great. There are a lot of wonderful things that are going on."

Coming from a millennial, that's saying a lot.

But that is changing. As the Buffalo Niagara economy has improved, the exodus has stopped. In fact, it's being reversed.

That’s not to say that the Buffalo Niagara job market is booming. Our unemployment rate is roughly on par with the rest of the country, and our job growth still is about a third slower than the nationwide gains in hiring. But the gap between what’s happening here and what’s going on in the rest of the country has narrowed, and that’s a big improvement. We still lag behind the country and other Rust Belt metro areas in getting young adults to move here from other states.

Flow of Millennials is slow from other states, but robust from abroad

Percentage of total population, age 18-34, who moved from 2011-2015 and where they moved from. Fewer young adults are moving to Buffalo Niagara from other states, but the region matches the U.S. in the percentage of young adults moving from abroad.

Even so, you could see the change last week at the annual Jobsapalooza job fair in Amherst. A record 103 companies, including manufacturers like PCB Piezotronics, financial services firms like Citigroup and Geico and technology firms like Ingram Micro, attended the event.

"There are plenty of jobs, and I think people are starting to recognize that," said Mike Skowronski, the Niagara University official who helped organize the event. "Like anything, you have to be aggressive."

But there has been steady progress. The number of unemployed people in the region dropped by 3 percent over the past year and is down 44 percent since 2010.

Even so, the turnaround is about more than jobs. The social revival in Buffalo, which started years ago along Chippewa Street, now has spread to Canalside. The boomlet in urban housing renovations is a selling point to many millennials, especially those with college degrees.

For college graduates saddled with tens of thousands of dollars in student loan debt, a decent-paying job here can offer a better quality of life than sexier, but more expensive, cities. A report by job-hunting site Glassdoor ranked Buffalo 11th on a list of cities where a $60,000 salary goes the farthest.

“We have come an awful long way to changing the image of Buffalo," Zemsky said. "That’s important if you’re talking about young people and bringing young people back, bringing tourists here, bringing businesses here," he said.

Erin Doucett sees it. The SUNY Fredonia biochemistry major is graduating in May, and she's getting married a year from now to her Fredonia classmate, computer science major Joseph Peabody.

"Now that graduation is getting closer, I'm hopeful and anxious," Doucett said as she got ready to leave the job fair. "I feel like I experienced enough today that I'm feeling more confident. Today definitely opened my eyes to the opportunities I have out there."

Peabody was encouraged, too. "I was thinking I might have to go to a little bit bigger city," he said.

That's not how the region's young people described the Buffalo Niagara region during the dark days as they packed up to move away.

But now, the vibe is different, and more young adults are hoping to stick around.

"If I were willing to move to a different city, I'd have a job right now. That's something that I can probably guarantee," Allen said. "But I've made a commitment that I want to be in Buffalo."